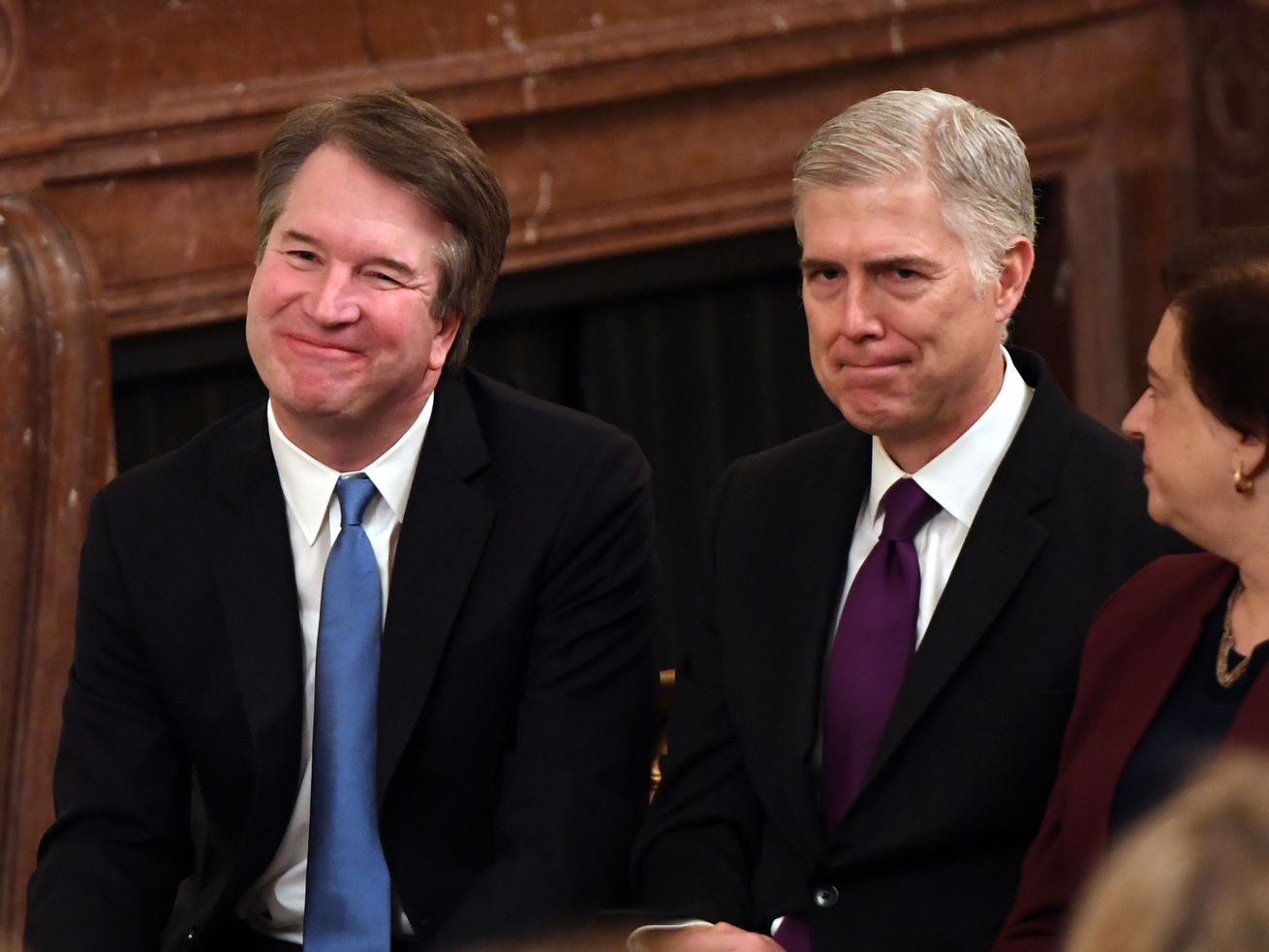 Lots of voters followed the rules that were in place at the time when they voted. The Supreme Court may still disenfranchise them.

Two significant legal events occurred last week that could determine whether the winner of the 2020 election actually becomes president. They could also shape American elections for years to come if the Supreme Court’s 6-3 Republican majority remains in place.

The first was the confirmation of Justice Amy Coney Barrett, which not only gave Republicans a supermajority on the Supreme Court, it also most likely made Justice Brett Kavanaugh the swing vote in election cases. While Kavanaugh’s approach to election law is extremely conservative, he’s staked out a position that is slightly more moderate than the views of his most conservative colleagues Justices Samuel Alito, Clarence Thomas, and Neil Gorsuch.

The second event is that, last Monday, just minutes before Barrett was confirmed, the Supreme Court handed down a decision that prevents ballots that arrive after Election Day in the state of Wisconsin from being counted. Kavanaugh joined that decision, and he also wrote a separate concurring opinion that endorsed a radical reading of the Constitution that would upend at least a century of established law.

Briefly, Kavanaugh signaled that he wants to give federal courts — and his Court in particular — an unprecedented new power to overrule state supreme courts and to potentially rewrite state election law. Some of the implications of this view are discussed below, but the upshot is it means that Kavanaugh appears ready to change longstanding rules that have governed elections for a very long time.

There is, however, a crucial question that the Supreme Court has yet to resolve. If the courts change the rules governing an election after voters have already cast their ballots, are voters who did not comply with these new rules disenfranchised, even if they followed the rules that were in place when their ballot was cast?

Three justices, Thomas, Alito, and Gorsuch. have all claimed that voters who followed the rules that were in place when their ballot was counted can have their ballots tossed out anyway if a court later changes the rules.

But Kavanaugh, at least in his opinions, has not gone that far. And because she hasn’t weighed in on any election cases, we don’t know where Barrett stands on the question. In other words, it’s not at all clear whether a majority of the Supreme Court shares the view that ballots should be tossed if the rules that were in place when they were cast are later changed.

Currently, there are at least four states — Pennsylvania, North Carolina, Minnesota, and Texas — where a court could potentially change longstanding election rules and then order ballots tossed out for failing to comply with these new rules. All of these states, and especially Pennsylvania and North Carolina, feature competitive races for the state’s presidential electors.

Thus, if the election is close, the winner could very well be determined by whether or not five justices are willing to disenfranchise voters because those voters failed to see into the future.

Under existing law, state election law functions more or less the same way as any other law.

A state legislature enacts election laws the same way it would enact any law. The governor may veto such law if the state constitution provides for a gubernatorial veto. If the state allows voters to enact laws through a ballot initiative or referendum, then they can use that process to enact election laws, too. And state election laws are interpreted by state courts, with the highest court in the state having the final word on how to read those laws.

This general rule — that there’s nothing special about state election law — stretches at least as far back as the Court’s decision in Davis v. Hildebrant (1916). It was most recently reaffirmed in Arizona State Legislature v. Arizona Independent Redistricting Commission (2015).

Yet, four members of the Court — Thomas, Alito, Gorsuch, and Kavanaugh — have recently argued that this foundational rule should be abandoned, a decision that, among other things, would give the Supreme Court far more power to overrule state court decisions protecting voting rights. Meanwhile, while newly confirmed Justice Barrett has not weighed in on this question, her record suggests that she shares the same broad constitutional philosophy as Thomas and Gorsuch.

The Constitution provides that “the Times, Places and Manner of holding Elections for Senators and Representatives, shall be prescribed in each State by the Legislature thereof.” A separate constitutional provision provides that “each State shall appoint” members of the Electoral College “in such Manner as the Legislature thereof may direct.” The Court’s right flank argues that the word “legislature” must be read in a hyper-literal way to mean only the state legislature itself may set the rules governing federal elections.

As Gorsuch wrote in a recent opinion, “the Constitution provides that state legislatures — not federal judges, not state judges, not state governors, not other state officials — bear primary responsibility for setting election rules.”

This approach, to say the least, is not how the Constitution has been understood in the past. Previous decisions define the word “legislature,” when used in this context, to refer to whatever the valid lawmaking process is within a state. As the Supreme Court held most recently in Arizona State Legislature, the word “legislature” should be read “in accordance with the State’s prescriptions for lawmaking, which may include the referendum and the Governor’s veto.”

In the context of the 2020 election, this approach means that state supreme courts could lose much of their ability to protect voting rights or to enforce their own state constitutions. But there’s a more pressing concern here too: what happens to voters who voted days or weeks ago, before the Supreme Court signaled that it was likely to overrule at least a century of established law? What happens to voters who relied on state supreme court decisions saying that they could vote in a certain way, unaware that the Supreme Court of the United States might overrule those decisions weeks after the voter cast their ballot?

To understand the stakes underlying these two questions, consider Republican Party of Pennsylvania v. Boockvar. In mid-September, the Pennsylvania Supreme Court held that ballots that are mailed before the election but arrive up to three days after Election Day may be counted. Though some members of the US Supreme Court have criticized the state supreme court’s decision, that decision is still in effect today.

That means that, under the rules that are in effect today, a Pennsylvania voter who mails their ballot now will have that ballot counted — so long as the ballot arrives within the three-day window.

But that’s not the entire story. The other part of the story is that, on Wednesday, Justice Alito handed down an opinion, joined by Thomas and Gorsuch, which warned that his Court may revisit Republican Party after the election — and order these ballots tossed out after the election is over. Alito suggested that only Pennsylvania’s Republican legislature, and not the state supreme court, should be allowed to decide which ballots are counted.

All of these cases have one thing in common: They target voters who followed the rules that existed when their ballots were cast but who may run afoul of new rules announced after they voted.

Under any fair system of justice, a voter would not be disenfranchised for following their state’s election rules. One cloud looming over this election is it’s not clear that there are five justices who believe in such fundamental fairness.

Source: The most important legal question looming over the election