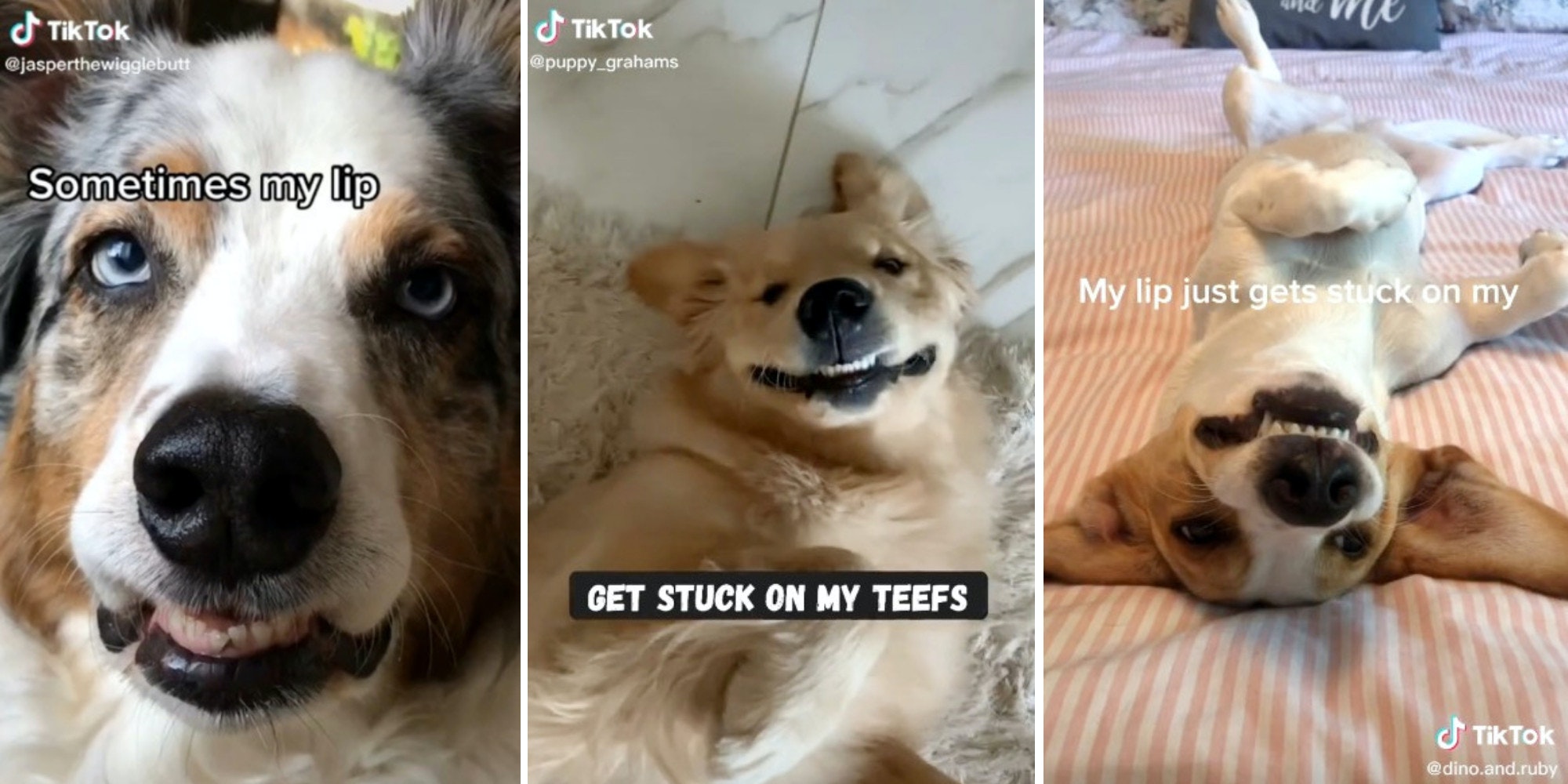 In addition to being fiercely loyal companions, people love dogs because they make us laugh, even (or especially) when they’re being naughty. And one of the things dogs do that is almost always funny—even if they may not even be aware that they’re doing it—is when their lips get stuck on their teeth, causing them to sport an awkward, toothy grin. This phenomenon has now made its way to TikTok thanks to the viral song, “Sometimes My Lip Gets Stuck On My Teefs.”

The trend originated from the Puppy Songs TikTok account, which features original songs about the account’s owner’s two chihuahuas Leni and Marley, in addition to occasionally other random dogs.

On Oct. 28, the account uploaded the following video featuring the song, which has since become simply known as the “Gets Stuck On My Teefs” challenge. The lyrics are about as nuanced as you might expect: “Sometimes my lip / Gets stuck on my teefs / You think it looks weird / But I can’t help it / My lip just gets stuck on my teefs.” The song concludes with the very internet-friendly exclamation, “deal with it!”

The video quickly went viral, accumulating over 1.5 million views in just over two weeks. It also inspired countless imitators, as others uploaded clips of their own dogs with their lips stuck on their teeth, sampling the “Gets Stuck On My Teefs” song—as you can see from the following handful of snargly-faced pups.

Sometimes my lip gets stuck on my 🦷🦷 #teefs #fyp #fürdich #dogsoftiktok

Reply to @romeotheking.172 Deal with it 😎 #dogsoftiktok #teef

Is this a good look for me!? #teef #dogsmile #derp

However, as many cat owners can undoubtedly attest, dogs are hardly the only creatures that sometimes get their lips stuck on their teefs.

And, as a few people even pointed out, this sensation can even transcend dogs and cats in a few rare, yet vomit-inducing, instances.

To apologize for those last cursed “Stuck On My Teefs” challenges, please accept this palate cleanser, on us.

Can you make it through a 3D tour of this cursed Louisville home?

The post People are posting TikTok videos of dogs with their lips stuck on their teeth appeared first on The Daily Dot.

Source: People are posting TikTok videos of dogs with their lips stuck on their teeth