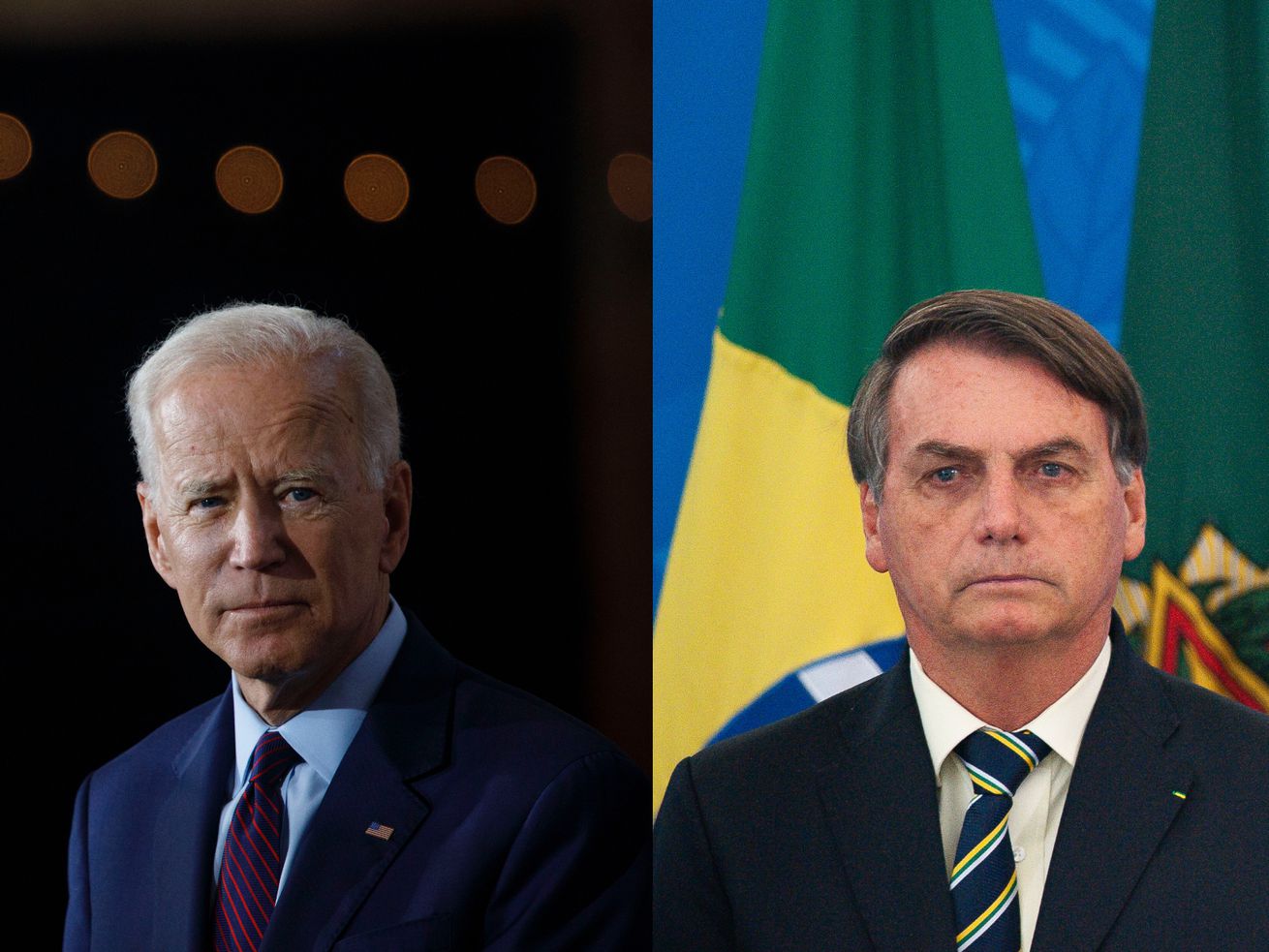 Biden plans to label countries as “climate outlaws” for failing to address climate change. Brazil might be at the top of his list.

President-elect Joe Biden has promised to recommit the US to the Paris climate agreement and leverage the international community to urge reluctant countries to get on board with the target of keeping global average temperatures from rising above 2°C.

As part of this effort, as outlined in Biden’s ambitious climate plan, his administration plans to “Name and shame global climate outlaws” in a new “Global Climate Change Report,” in order “to hold countries to account for meeting, or failing to meet, their Paris commitments and for other steps that promote or undermine global climate solutions.”

And during the first 2020 presidential debate, Biden gave an indication of one of the first countries to potentially be labeled an “outlaw”: Brazil.

Biden said he would rally countries to come up with $20 billion to give to Brazil to protect the Amazon. He also stressed there would be serious consequences if Brazil didn’t stop its policies of deforestation.

For the past two years, Brazil has experienced record-setting wildfires which have been exacerbated by climate change and poor forest management. As Vox’s Lili Pike wrote in September, “As with 2019, researchers have linked this year’s fires [in Brazil] to massive illegal deforestation. Under Brazilian President Jair Bolsonaro’s administration, ranchers, farmers, and miners have been given much freer rein to clear the rich rainforest for commercial activity, and setting fires is a cheap way to do that.”

Bolsonaro’s legacy of climate change denial and his lax attitude toward the clearing of the Amazon helped align him with Trump. But under a Biden administration, disregard for the Amazon and disbelief in global warming may not be as easy to get away with.

“There are people in the Democratic Party that would like to go after Bolsonaro and be very tough with him on this issue, and join forces with the Europeans to apply significant pressure,” Mike Shifter, president of the Inter-American Dialogue, a foreign policy think tank, told Reuters in October.

With Trump gone and most countries in the world working toward achieving the 2-degree goal of the Paris agreement, Bolsonaro could find himself and his government subjected to increased global pressure and shaming, led by the Biden administration.

Bolsonaro may remain defiant, but the US and international community have leverage

Bolsonaro reacted defiantly to Biden’s debate comments in September about giving Brazil $20 billion to protect the Amazon, tweeting: “What some have not yet understood is that Brazil has changed. Today, its President, unlike the left, no longer accepts bribes, criminal demarcations or unfounded threats. OUR SOVEREIGNTY IS NON-NEGOTIABLE.”

Of course, that was before Biden won the US presidential election. But Bolsonaro has yet to change his tune.

On November 10, he again responded to Biden’s threat of financial repercussions if Brazil didn’t stop deforestation of the Amazon. Still referring to President-elect Biden as a “candidate” despite his victory, Bolsonaro — who enjoyed a good relationship with President Trump and has yet to congratulate Biden on his win — sniped: “I recently heard a presidential candidate to head of state say that if I don’t put out the fire in the Amazon, he is going to raise trade barriers against Brazil. How do we deal with all of that? Diplomacy is not enough. When there is no more saliva, then there must be gunpowder.”

Bolsonaro’s aggressive comments suggest a difficult road could lie ahead for Brazil-US relations. But the US and the international community have significant economic leverage they could bring to bear on Bolsonaro to push him to change his policies.

The global economic slowdown caused by the Covid-19 pandemic has hit Brazil’s economy, and particularly its export market, hard. China, the United States, and the European Union are Brazil’s three main trading partners, so if those countries chose to, they could apply substantial economic pressure on the country to encourage Bolsonaro to rethink his defiant stance.

“The US has to get together with EU, China, and others that are major purchasers of products from Brazil — whether it’s soy, beef, timber — and lay down the law and say, ‘If you don’t restore and expand your efforts to police deforestation of the Amazon, we’re gonna cut off your supply chains,’” said Alden Meyer, former director of strategy and policy at the Union of Concerned Scientists who now works as an independent strategist on climate policy and politics. “That’s the leverage other countries have over Brazil: If you’re not going to protect the Amazon, we’re not going to do business with you.”

But, Meyer noted, to become a leader on the international climate stage, the US must be serious about reducing emissions in all sectors of its own economy: power, transportation, building, industry, agriculture, forests. “It’s viable if the US does it at home,” Meyer said.