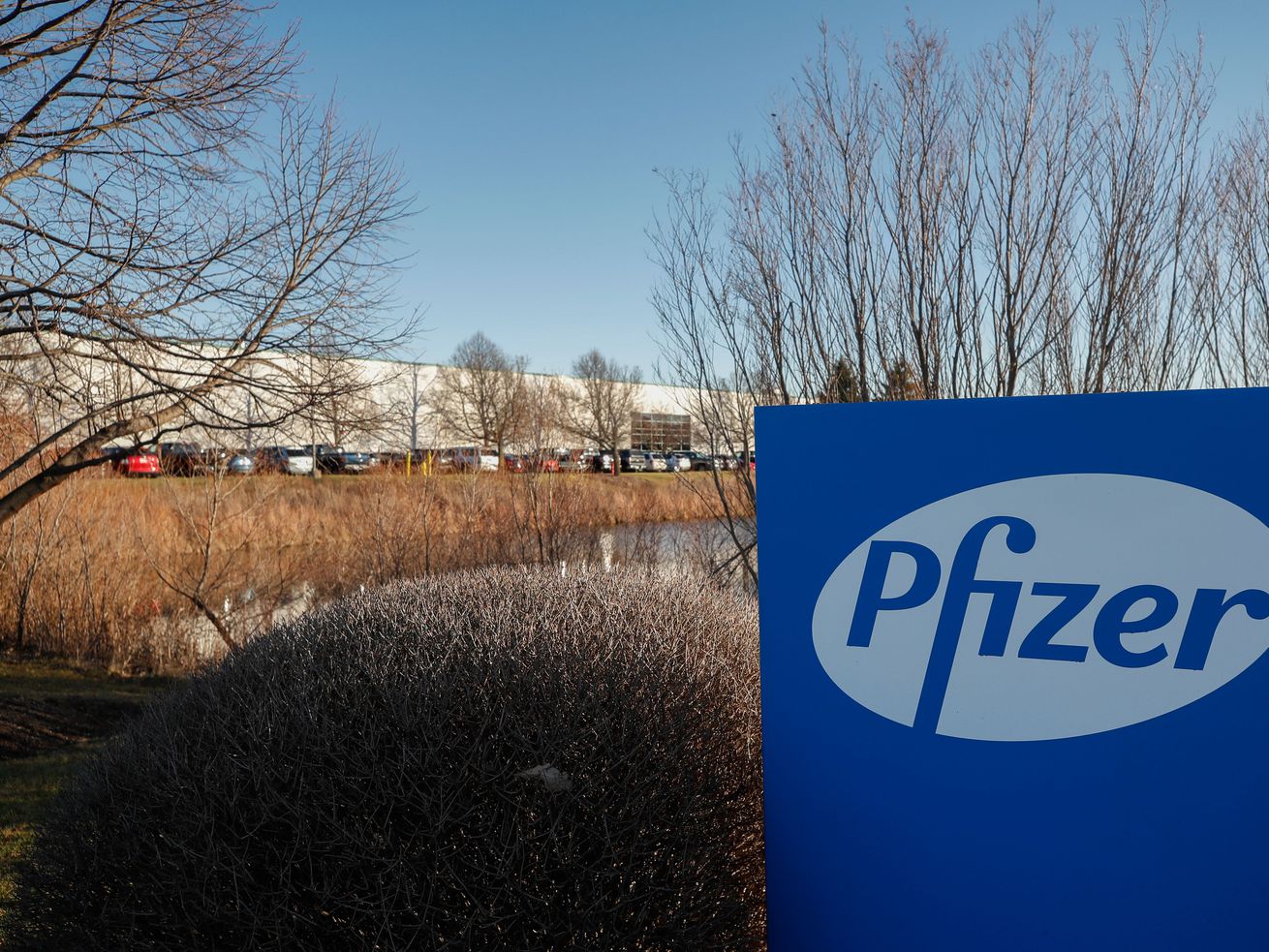 The Pfizer facility in Pleasant Prairie, Wisconsin. The company is awaiting approval from the Federal Drug Administration for its Covid-19 vaccine, developed with BioNTech. | Kamil Krzaczynski/AFP via Getty Images

With two Covid-19 vaccine candidates expected to be approved for the US market in the coming weeks, a group of experts met Tuesday to advise on which Americans should be immunized first. In a 13-1 vote, they put health care personnel and staff and residents of long-term care facilities at the front of the line.

The Advisory Committee on Immunization Practices (ACIP), a panel of independent medical and public health experts, has been meeting for months to think through the question of whom to prioritize during a pandemic while vaccine supplies are still limited.

ACIP is highly influential in the US. It makes recommendations on vaccination policy to the Centers for Disease Control and Prevention, which overwhelmingly accepts the committee’s guidance. States aren’t obliged to follow it, however. It’s up to governors — and individual hospitals and vaccine sites — to make their own vaccine prioritization plans.

But with coronavirus hospitalizations and deaths rising exponentially, the meeting was another stark reminder that vaccine rationing will be a painful reality for months while supplies remain short.

“There is an average of one Covid death per minute right now,” said Dr. Beth Bell of the University of Washington, who chairs ACIP’s Work Groups, at the meeting’s opening. “In the time it takes us to have this ACIP meeting, 180 people will have died of Covid-19.”

And that’s one reason why, vaccine and public health experts told Vox, ACIP should have weighed in sooner. Major health groups like the World Health Organization (WHO) and the National Academies of Sciences, Engineering, and Medicine (NASEM) have published advice on how countries and other decision-making bodies can set their prioritization plans for Covid-19 vaccines.

“It would have been helpful to have this a week ago,” said Ruth Faden, the founder of the Johns Hopkins Berman Institute of Bioethics, since states, which have been waiting on the guidance, must place their first orders of Covid-19 vaccines with the government and share their initial distribution plans by Friday. “States were not caught completely unaware here,” Faden added — since ACIP had signaled in previous meetings the direction they were likely to go — but Tuesday’s guidance could have been more specific, particularly when it comes to how to immunize America’s health workforce.

The advice is not specific enough

ACIP’s primary task on Tuesday was to vote for phase 1a of the rollout for two priority groups: health care personnel and long-term care facility staff and residents, comprising about 24 million people.

According to CDC officials, there will only be 5 million to 10 million doses of the vaccines available per week for these groups once vaccines are approved, which should happen before the end of the year. The two manufacturers that are expected to have vaccines approved first, Moderna and Pfizer/BioNTech, will have enough doses to vaccinate only around 20 million people by the end of December.

Long-term care facility residents and staff are a top priority because they have accounted for 40 percent of US Covid-19 deaths, according to the committee. And it makes sense to prioritize health care workers — they’ve also been among the groups hardest hit by the virus, and we need them healthy and working to keep the health system functioning.

But the gap between the priority groups and the expected supply is a problem ACIP should have addressed, experts say.

It’s not clear from the guidance who among the health workers should go first, said Jason Schwartz, assistant professor of public health at Yale School of Public Health. “This matters because states might have 20,000 or 100,000 doses and figuring out where to use them in a priority group is going to be a hard question.”

ACIP has only said that “individuals with direct patient contact,” personnel working in residential care and long-term care facilities, and workers without coronavirus infection in the last 90 days should go first.

“Direct patient care is often interpreted as physicians and nurses and clinicians,” said Saad Omer, director at the Yale Institute for Global Health, who is part of both the WHO and NASEM Covid-19 vaccine prioritization committees. “But you have to go beyond that to explicitly say that includes cleaning workers, others who are doing housekeeping, etc.”

These groups are potentially just as exposed to the coronavirus as ICU doctors or nurses since they’re working in the same high-risk spaces.

“There’s a huge difference between say a dermatologist that’s doing cosmetic surgery in a private office and somebody who’s in a Covid-19 ward in a large inner-city hospital,” Lawrence Gostin, director of the O’Neill Institute for National and Global Health Law at Georgetown University, added. “It would be enormously helpful if there could be a greater stratification based upon risk of the health worker.”

What’s more, had ACIP been more specific about which health workers are high risk, “you leave open a strategy of prioritizing them then going to other high-risk groups rather than [immunizing] the entirety of the health system workforce,” said Faden — who also advises the WHO on vaccine prioritization.

The next challenge: How to prioritize the elderly

Nancy Messonnier, director of the CDC’s National Center for Immunization and Respiratory Diseases, said most states are planning to be able to immunize their entire health care workforce within three weeks of getting the first Covid-19 vaccine shipments. If that’s true, “issues here regarding sub-prioritization will be very short-lived and the need for more detailed guidance is reduced,” Schwartz said.

ACIP typically sets recommendations for vaccine policy based on specific vaccines, and they’ll reconvene and potentially shift their advice as soon as Covid-19 vaccines are approved by the Food and Drug Administration. They’ll also need to vote on which groups come after phase 1a of the rollout.

If ACIP follows through with what they’ve been telegraphing so far, the committee will prioritize essential workers (such as teachers, food and agriculture workers, police, and firefighters) in phase 1b, and adults 65 and older and with high-risk medical conditions in phase 1c.

ACIP would deviate from other international expert groups with this plan, Omer said. The WHO and NASEM vaccine frameworks have both prioritized older adults and adults with underlying health conditions alongside or immediately after health workers, instead of essential workers.

“The reason everyone is prioritizing the elderly — compared to people 18 to 29 years of age — is that even at ages 65 to 74, they have a 90 times higher risk of death,” Omer explained. “My hope is [ACIP] will revisit some of the assumptions that were driving the considerations for the trade-off between essential workers and older age populations.”

Source: Who will get the Covid-19 vaccine first? A CDC advisory panel just weighed in.