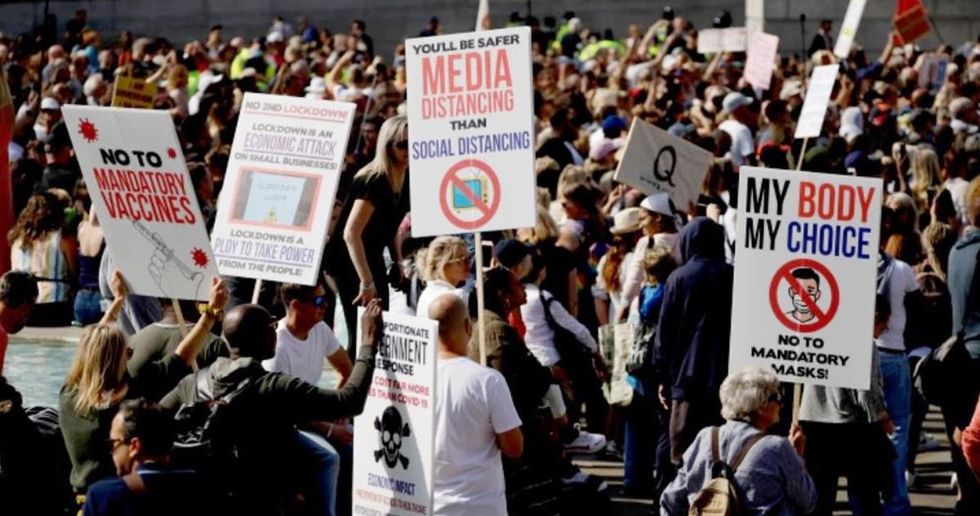 We’re more than nine months into the COVID-19 pandemic and things are only getting worse. On Wednesday, December 2, America had its deadliest day yet with nearly 3,000 people succumbing to the virus.

America is experiencing its greatest public health crisis in generations and the only way we’re getting out of it is by widespread administration of a vaccine.

However, if people don’t take the vaccine, there will be no end to this horror story.

A poll taken in October found that if a vaccine were widely available at a low cost, 51% of Americans would take it, 45% said they wouldn’t and 4% had no opinion.

Others have fallen victim to conspiracy theories suggesting vaccines cause autism or that they will be injected with microchips.

So, it’s crucial for the public to be educated on the safety of vaccines so that we can put this deadly virus in the past. So far, scientists are unsure of what percentage of the population needs to be immune to COVID-19 via vaccination or from contracting the disease to achieve “herd immunity.”

However, the social media giant announced on December 3 that it’s finally taking responsibility for its toxic effect on public health by removing false claims about COVID-19 vaccinations from the site.

“Given the recent news that COVID-19 vaccines will soon be rolling out around the world, over the coming weeks we will start removing false claims about these vaccines that have been debunked by public health experts on Facebook and Instagram,” Facebook said in a statement.

The site will be removing “false claims about the safety, efficacy, ingredients or side effects of the vaccines.”

It also said it would remove posts that claim the vaccine contains microchips or “anything else that isn’t on the official vaccine ingredient list.”

“Since it’s early and facts about COVID-19 vaccines will continue to evolve, we will regularly update the claims we remove based on guidance from public health authorities as they learn more,” the site said.

However, if you’re dying to have one last argument with your science-denying brother-in-law on Facebook, there’s still a chance. The site says that it will take a while for the new policy to take effect.

“We will not be able to start enforcing these policies overnight,” the statement said.

Some will criticize Facebook for censoring its users but it’s a private platform that can regulate the information shared on its site as it sees fit. False information is deadly during a pandemic, kudos to Facebook for deciding not to be a super-spreader.

Source: Facebook is finally fighting back against COVID anti-vaxxers who spread false information