There is only one thing we say to Game of Thrones prequel news: Yes, please.

In an industry-shaking statement about Warner Bros.’ entire 2021 theatrical slate having a simultaneous release on HBO Max, WarnerMedia CEO Jason Kilar saved a non-movie surprise for the end. “P.S. Principal photography starts on the next Game of Thrones series, House of the Dragon, in a few months. Look out for dragons overhead!” he wrote, along with the first concept art from the highly-anticipated series.

I am easily distracted by dragons, so this was a good decision. 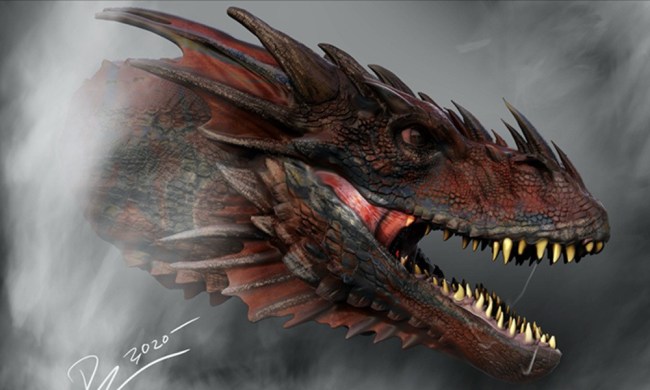 Created by George R.R. Martin and Ryan Condal (who will also act as co-showrunner with Miguel Sapochnik), House of the Dragon stars The Outsider‘s Paddy Considine as Viserys I Targaryen, and takes place 300 years before the events of Game of Thrones. “The Game of Thrones universe is so rich with stories,” HBO programming chief Casey Bloys said earlier this year. “We look forward to exploring the origins of House Targaryen and the earlier days of Westeros along with Miguel, Ryan and George.” House of the Dragon is expected to premiere in 2022. Hopefully, by that point, we’ll safely be enjoying The Batman, another Warner Bros. release, in theaters.

Source: HBO Shared The First Look At The Dragons In The ‘Game Of Thrones’ Prequel Series, ‘House Of The Dragon’