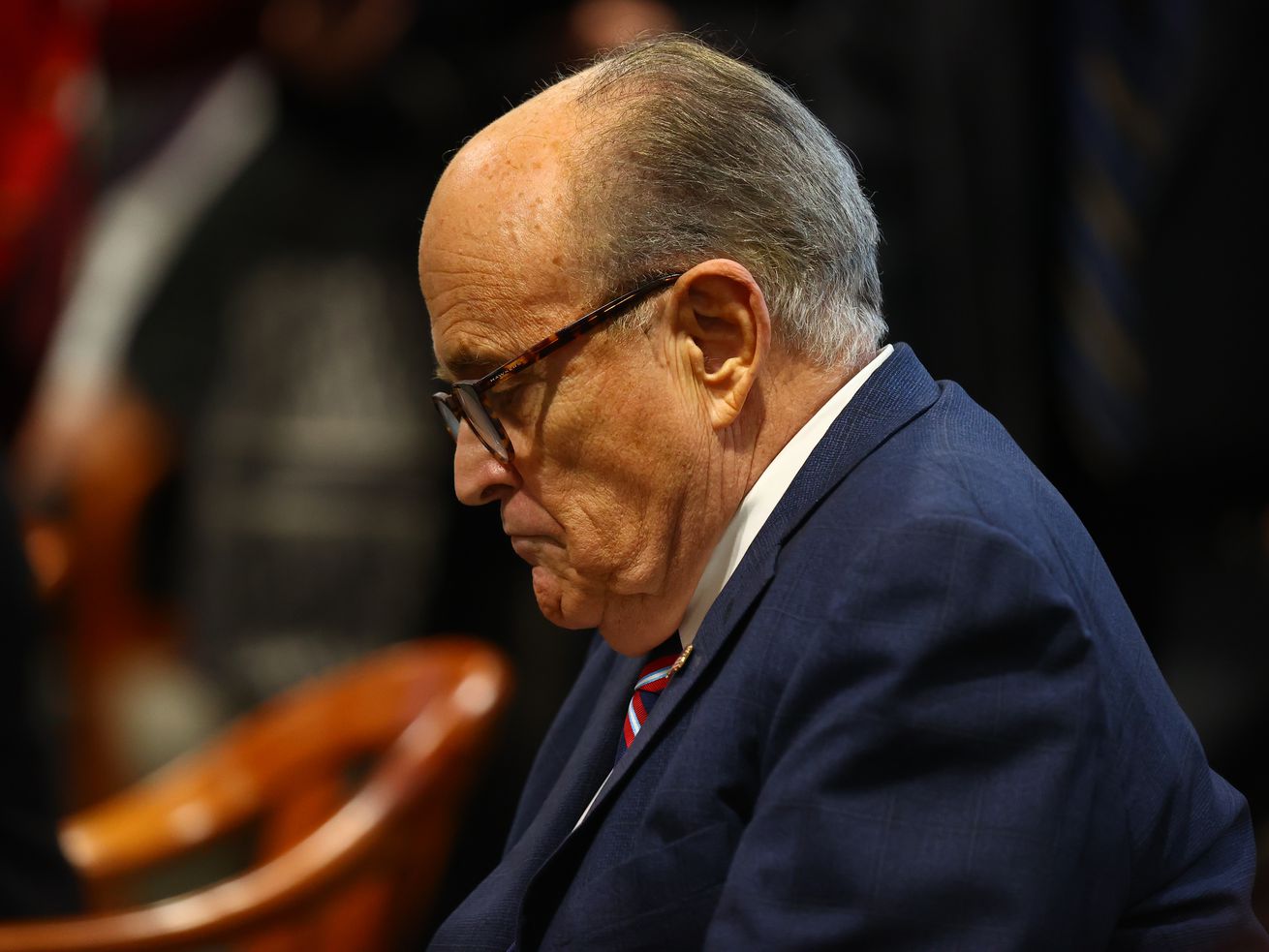 He’s one of more than a dozen in Trump’s orbit to contract the coronavirus since October.

President Donald Trump announced on Twitter Sunday afternoon that his personal lawyer, Rudy Giuliani, has tested positive for the coronavirus.

Giuliani “has tested positive for the China Virus,” Trump tweeted, using the racist term he habitually uses for the coronavirus. “Get better soon Rudy, we will carry on!!!”

.@RudyGiuliani, by far the greatest mayor in the history of NYC, and who has been working tirelessly exposing the most corrupt election (by far!) in the history of the USA, has tested positive for the China Virus. Get better soon Rudy, we will carry on!!!

Giuliani has been traveling constantly across the country in recent weeks, leading Trump’s failing legal efforts to contest the results of the 2020 presidential election, and has been in Michigan, Pennsylvania, and Arizona — all states with high virus case numbers — in the past two weeks. He has been in contact with members of Trump’s legal team in recent days, as well as witnesses incorrectly alleging voting improprieties, and Michigan lawmakers.

On Wednesday, he participated in testimony falsely claiming that votes were illegally cast in Michigan in an indoor, largely maskless session before Michigan’s House Oversight Committee. Depending on when Giuliani was infected, those in attendance may be at risk of exposure.

The president did not say on Sunday whether Giuliani is symptomatic, or if he plans to isolate to avoid infecting others with Covid-19. At 76 years old, and identifying as male, he is in a group considered to be at greater risk for complications and more negative outcomes of the disease.

Giuliani is the latest of many figures and staffers in the president’s orbit to contract the coronavirus, including Trump himself, much of the president’s family, his chief of staff, multiple senior advisers, and the White House press secretary. All together, more than a dozen people in the president’s personal orbit have tested positive since October.

Some of this spread has been attributed to the fact that Trump’s inner circle has routinely declined to wear masks and abide by social distancing protocols. For instance, the president has held a number of large, maskless indoor events — including a party celebrating Supreme Court Justice Amy Coney Barrett. That party was labeled a “super spreader” event by top federal infectious disease expert and national coronavirus task force member Dr. Anthony Fauci.

Giuliani has participated in a number of these sorts of high-risk events, from the hearing on Wednesday to a rally the former mayor held for Trump ahead of the election. Like many on the president’s team, Giuliani has not shown strong support for precautions like mask wearing; in October, Giuliani criticized President-elect Joe Biden for his mask-wearing habit, and said that his use of them was meant to induce fear.

“It isn’t science to be wearing that mask, Joe, when you are giving a speech and people are 30-40 feet away from you,” Giuliani said during an interview with Fox News. “The only thing you can infect is the teleprompter that’s near you. So, I see through you. That’s a political statement to scare people, wearing that mask. You do not need that mask when you are standing at a podium.”

Source: Rudy Giuliani is the latest Trump associate to get the coronavirus