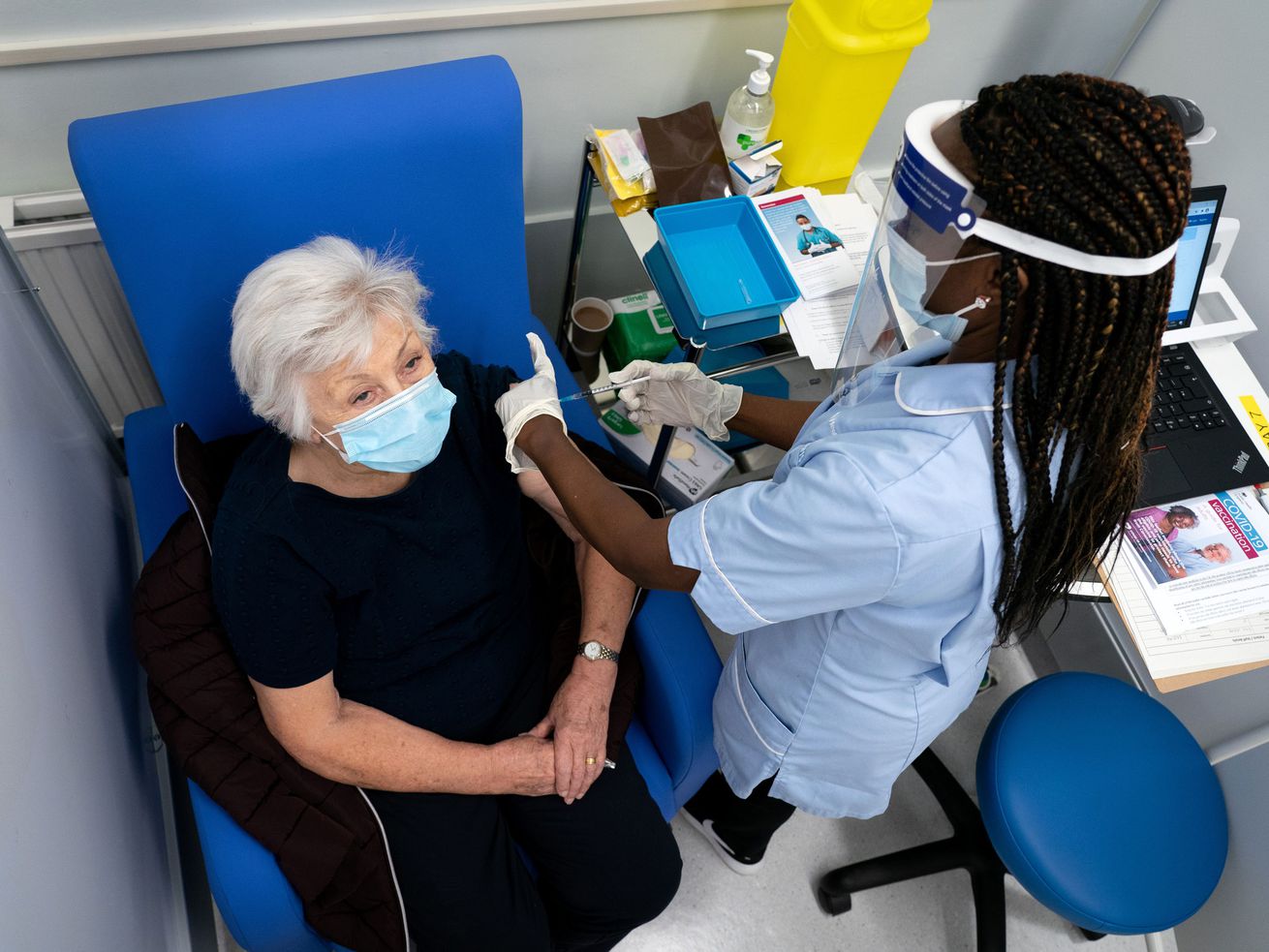 The Covid-19 vaccine requires two doses. Studies show as many as 50 percent of people could miss the second one.

When we talk about the Covid-19 vaccines, we aren’t necessarily talking about people getting one shot, then being done and good to go. Both the Pfizer and Moderna vaccines — which are the closest to approval — have two-dose regimens. You get one shot, and then a few weeks later, you’re supposed to get another one.

Among all the logistical challenges in distributing and administering a Covid-19 vaccine, this looks like one of the biggest.

That’s because, based on research that evaluated compliance with other multi-dose vaccines, patients are really, really bad at getting their second dose. Bad as in, as many as half of patients never do. Studies conducted in both the US and UK on the hepatitis B vaccine — which, like the Covid-19 vaccines, is supposed to have around a one-month period between the first and second doses — found that roughly 50 percent of patients failed to get their follow-up shot within a year after their first.

Given the urgency of ending the pandemic, we can hope for better compliance with the Covid-19 shots. But those findings are, as Ateev Mehrotra at Harvard Medical School put it to me, “humbling.”

“While I recognize the situation now is different and the rates of completion will almost certainly be much higher, these prior studies highlight that the logistical barriers with a two-dose vaccine are enormous,” he said over email.

The results from the UK study, written by researchers for the pharma giant Merck, “are worse than even I had expected,” Mehrotra said, with 46 percent of patients receiving the second dose within the recommended period (one month after the first dose). Even when the follow-up period was extended out to 13 months, just 54 percent of patients had been vaccinated with both doses as recommended by the manufacturer.

Adherence was dismal in the US study as well, which was also conducted with Merck’s support. It was actually a bit worse than in the UK. Only one-third of patients got their second dose within one month, and a full year later, barely half (51 percent) had received the second shot.

If you want more evidence, research on the three-dose HPV vaccine has also found that a significant portion of adolescents who get their first dose fail to get all three. There seems to be a pattern across different conditions and locations: Patients aren’t good at following up on their vaccines.

That could be a problem for our hope of a Covid-19 vaccine ending the pandemic. Countries, including the US, are already facing substantial hesitancy from residents who worry the vaccine approval process was too rushed or politically motivated. Scientists are encouraged by the results from these clinical trials, which should hopefully help alleviate those concerns. But if a large number of the people who begin their vaccination course fail to get full protection because they skip a second dose, then it’s only going to be more difficult to stop the coronavirus’s spread.

That doesn’t mean the Covid-19 vaccination campaign is doomed, though. For one, new clinical trial results show these two-dose vaccines might still be somewhat effective if the patient gets only one dose. But full compliance would of course be the ideal, and the US government is already working on plans to try to encourage better adherence to the two-shot schedule.

“These new vaccines do result in a lot of flu-like symptoms. That is a sign that the vaccine is working, but I do fear that will be a barrier for people getting the second shot,” Mehrotra told me. “It is harder to get a shot when you know it may knock you out for a day.”

So communication will be important. As Stat’s Helen Branswell reported earlier this year, experts have been telling political and public health leaders that they need to educate the public on what side effects to expect (the main culprits are headaches, sore arms, fatigue, chills, and fever) and remind them those symptoms are actually a sign that the vaccine is doing its job.

Beyond this sort of communication, public officials can do more to make sure people get both of their shots. As part of Operation Warp Speed, the federal government is already planning to send vaccine kits to doctors and health clinics that include paper cards to help patients keep track of their dosages, as Business Insider reported last week.

Local and state health departments are still coming up with their messaging plans for a second dose, based on my conversations. Philip Huang, director of the Dallas County health department in Texas, told me his agency has been holding frequent calls with the state, hospitals, and local health care providers to plan their vaccine distribution, including the challenge of making sure people get two doses.

Huang’s department and state authorities will have access to a public database with every person who’s received a vaccine — and which vaccine they received — and that information could be used to, for example, send text messages to patients reminding them to get their follow-up dose. But he also told me that unless state and local health departments receive more money from Washington to support these efforts, their work will be more difficult. The funding his agency received from the CARES Act is set to expire at the end of the year.

“We are definitely trying to look at our resources, juggle our resources,” Huang said. “The congressional action on some of this is pretty important as we’re moving into this stage of wanting to get a vaccine distributed.”

Certain interventions (such as reminders from doctors, school-based programs, social marketing, etc.) have been found to increase compliance for the HPV vaccine, according to a 2015 study. Even so, experts are worried.

“You’ll see a bunch of ideas on how to improve compliance,” Mehrotra told me. “But I don’t think we have any solutions that increase this to the levels we might want.”

That raises the question: What happens if somebody gets only one dose of a two-dose Covid-19 vaccine?

The Food and Drug Administration reported some tentatively good news Tuesday on that issue, releasing results that show one dose of the Pfizer vaccine still provides some protection against Covid-19 and that having only one dose is safe for the patient. The Pfizer vaccine was found to be more than 50 percent effective after the first dose.

However, that is still far from the 95 percent efficacy found after the recommended two doses. As immunology experts quickly pointed out on Twitter, it is still clearly preferable for people to receive both doses because that is their best chance to get long-term protection from Covid-19.

The estimated vaccine efficacy after the 1st (82%), between 1st and 2nd (52.4%) and after the second dose (95%) are all impressive! However, high affinity Ab and long term immunity likely require the 2nd dose and we should all adhere to the recommended regimen. (2/n) pic.twitter.com/hSmSURkVTD

There is a risk of serious socioeconomic and racial disparities, already present in the case and death rates during the Covid-19 pandemic, cropping up with vaccinations, too. Black Americans are more skeptical about receiving a Covid-19 vaccine, and they are less likely to have a primary care doctor than white Americans.

So compliance campaigns based on primary care doctors following up with their patients might not have the same reach with that population. It’s not difficult to imagine a scenario in which not only are fewer Black Americans getting vaccinated in the first place, but fewer are getting the second dose that will give them the fullest protection against the virus.

Eventually, we may have a one-dose vaccine. Johnson & Johnson has been working on one, and though the company is behind Pfizer and Moderna in the approval process, it is still likely to seek FDA approval early next year.

But today, the most proven vaccines we have require two doses to be most effective. There are already plenty of unknowns about how well these vaccines will work — namely, how long they’ll provide protection from the virus — but one thing everybody could do is make sure we’re diligent about our follow-up appointments.

That’s not something people are ordinarily very good at. But it will be critical to bringing Covid-19 under control.