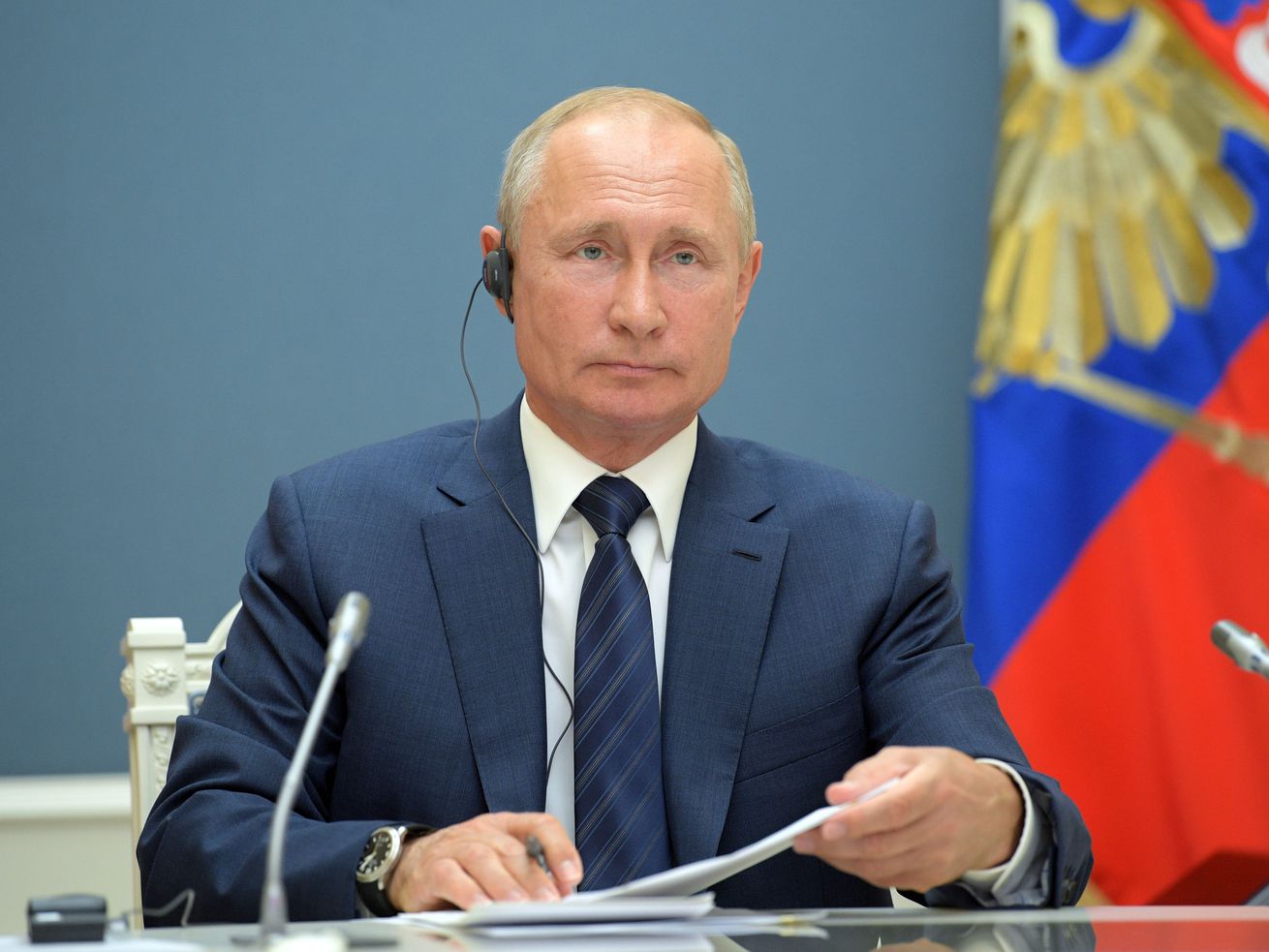 Russian President Vladimir Putin attends by videoconference a trilateral meeting with the leaders of Iran and Turkey on the topic of Syria, in Moscow on July 1, 2020. | Alexey Druzhinin/Sputnik/AFP via Getty Images

The Russian president “wished the President-elect every success,” according to the Kremlin.

Russian President Vladimir Putin has finally congratulated President-elect Joe Biden on his victory in the 2020 presidential election, one of the more notable world leaders who’d held off from doing so as President Donald Trump continued to refuse to accept the election results.

Putin said he “wished the President-elect every success,” according to a readout released by the Kremlin, and “expressed confidence that Russia and the United States, which bear special responsibility for global security and stability, can, despite their differences, effectively contribute to solving many problems and meeting challenges that the world is facing today.”

“For my part, I am ready for interaction and contacts with you,” the Russian president said, according to the readout.

Putin’s well(ish) wishes came after the electors in the US Electoral College voted on Monday, delivering Biden 306 votes and affirming his victory.

The vote pushed some Republicans to finally accept the reality of Biden’s win, and Putin, it seems, also came to terms with the reality that he’ll be dealing with Biden come January 20.

Putin was one of a dwindling number of world leaders who’d delayed congratulating Biden, either because Trump’s aspersions on the election furthered their own anti-democratic agendas or because these leaders had built personal relationships with Trump and were uneasy about upsetting him if he somehow did prevail (or both). But even original holdouts like China’s Xi Jinping and Turkey’s Recep Tayyip Erdoğan had already sent Biden their congratulations — more than a month ago.

Putin was one of the last to come around. That left an odd duo of North Korea’s Kim Jong Un and Brazil’s Jair Bolsonaro who hadn’t yet formally acknowledged Biden’s win. Mexican President Andrés Manuel López Obrador, another holdout, just congratulated Biden on his win Tuesday morning.

Putin’s outreach to the president-elect comes amid an uncertain time for US-Russia relations — and the Russian president appeared to acknowledge this in his statement, noting the differences between the two countries.

Russia also represents another potential foreign crisis that Biden may have to deal with early in his presidency. Reports indicate that Russian-linked hackers breached multiple US federal agencies, including the Pentagon and the State and Homeland Security departments, and private companies in a cyberattack. So far, the Trump administration has stayed relatively quiet, at least publicly, on the massive hack. The Russian government has, not surprisingly, denied responsibility. What steps the Trump administration might take, if any, to punish Russia aren’t yet clear, but the incoming Biden administration will inherit the fallout.

Also early in his presidency, Biden will need to decide what to do about the last remaining arms control treaty between the US and Russia, which expires in February. Putin and Biden could agree to simply extend it, but the time window is very, very short if Biden wants to renegotiate it or add any conditions. Add to that Russia’s other misdeeds, from the likely poisoning of opposition leader Alexei Navalny to the Kremlin’s continued exploits in Ukraine to its roles in the conflict between Armenia and Azerbaijan and in Syria.

Trump very much wanted to work more cooperatively with Russia during his presidency, but his personal affinity toward the Russian president wasn’t enough to reset relations. Russia again bet on Trump in 2020, but this time, at least, Putin picked the losing side. Now Putin has officially congratulated Biden as the election winner, but with it comes the reality that tensions between Moscow and Washington might only worsen.

Source: Even Putin has now acknowledged that Biden won the election