“Who lives, who dies, who tells your story?”

That line is sung by the cast of Hamilton in the musical’s emotional final number — and it’s an important question to ask ourselves in our daily lives. Whose lens are we seeing history through? Who wrote the article we just shared on Twitter? Who’s telling the story?

“Young adults live in a world that bombards them with other people’s opinions and ideas,” Sasha Rolon Pereira, Director of the Hamilton Education Program, says. “This isn’t actually new, the technology has just advanced and made it overwhelming in a new way.”

The Hamilton Education Project, or EduHam for short — founded by Lin-Manuel Miranda in conjunction with The Gilder Lehrman Institute of American History — is keenly interested in who’s interpreting the history that students are learning. Does it reflect the neighborhoods and cultures they’re from or is it being told by someone with their own agenda? That’s why the program connects students to primary sources for research, because even textbooks are written through a distinct lens and are often inaccurate.

In short, EduHam encourages students to do just what Miranda did when he researched and wrote Hamilton — take back the narrative and then tell the story in their own style and voice.

“The truest way to find out what happened is to go directly to the voices –the letters people actually wrote to each other, the diaries they kept, the art and songs and speeches they made,” Rolon Pereira says. “Letting students interpret for themselves what all these primary sources mean lets them actively engage in history instead of being passive receivers of someone else’s version of it.” 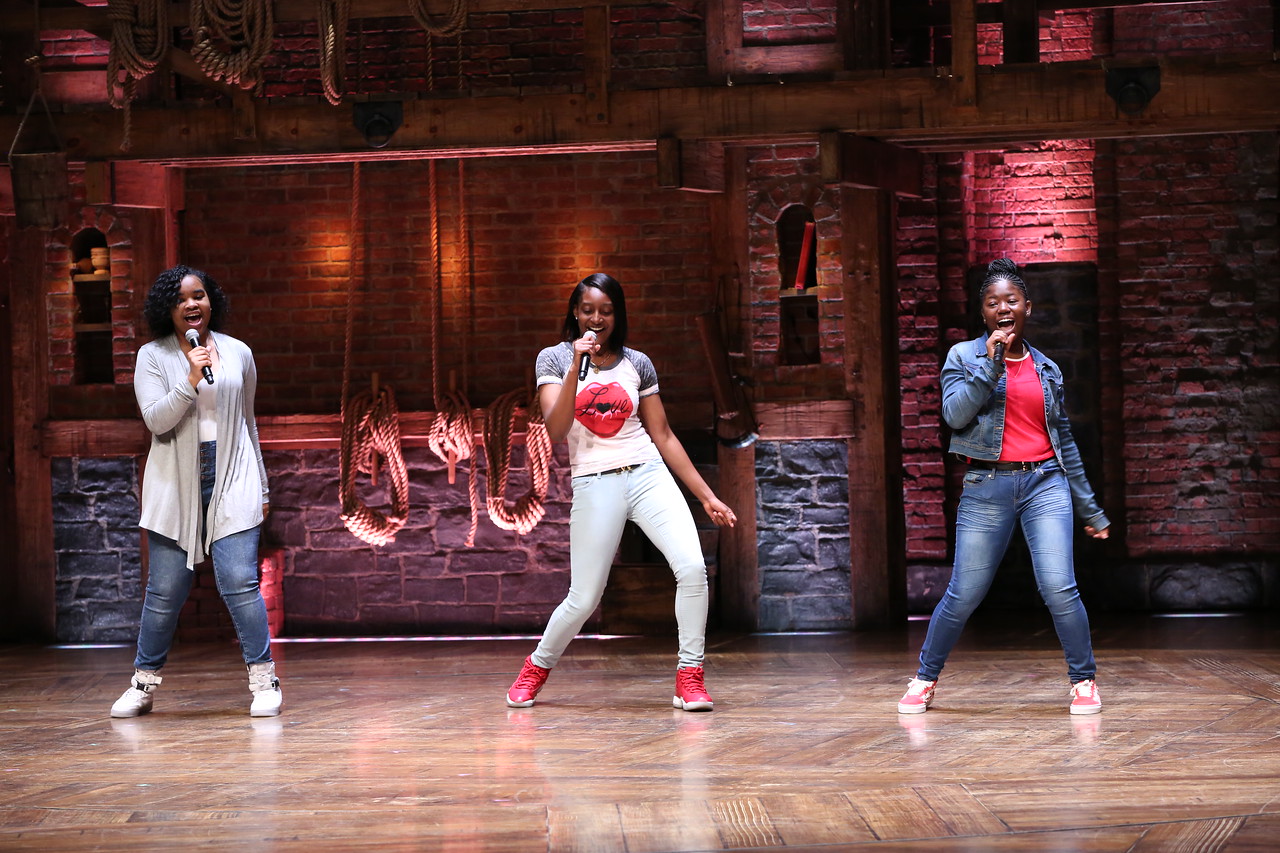 Started in 2015 to create education outreach to pair with the mega-hit musical, EduHam has connected thousands of students to history, whether participating online or in their classrooms, in a unique way — through their own experiences.

“This is a story about America then, told by America now, and we want to eliminate any distance — our story should look the way our country looks,” Lin-Manuel Miranda once told the New York Times.

Often in interviews, the actor, musician, and playwright has noted that when he began researching Hamilton he saw endless parallels to people today.

“I was like, ‘I know this guy,’” he told the Times. “Just the hustle and ambition it took to get him off the island — this is a guy who wrote his way out of his circumstances from the get-go. That is part and parcel with the hip-hop narrative: writing your way out of your circumstances, writing the future you want to see for yourself. This is a guy who wrote at 14, ‘I wish there was a war.’ It doesn’t get more hip-hop than that.”

Though it seemed radical to mirror and juxtapose the experience of people of color in America with those of the founding fathers, Hamilton‘s breakaway success proves that the idea worked. The musical speaks on both metaphorical and literal levels to the diversity of this nation while playing with how history is told. Similarly, EduHam urges students to mine the past for connection points to the present day.

“We encourage students to discover the diversity of experience during the founding era and connect it to current events,” Rolon Pereira says. “From Phillis Wheatley’s depiction of George Washington to Abigail Adams’s famous letter urging her husband to “remember the ladies,” students are drawn into the country’s contradictions as Americans aspired toward liberty.” 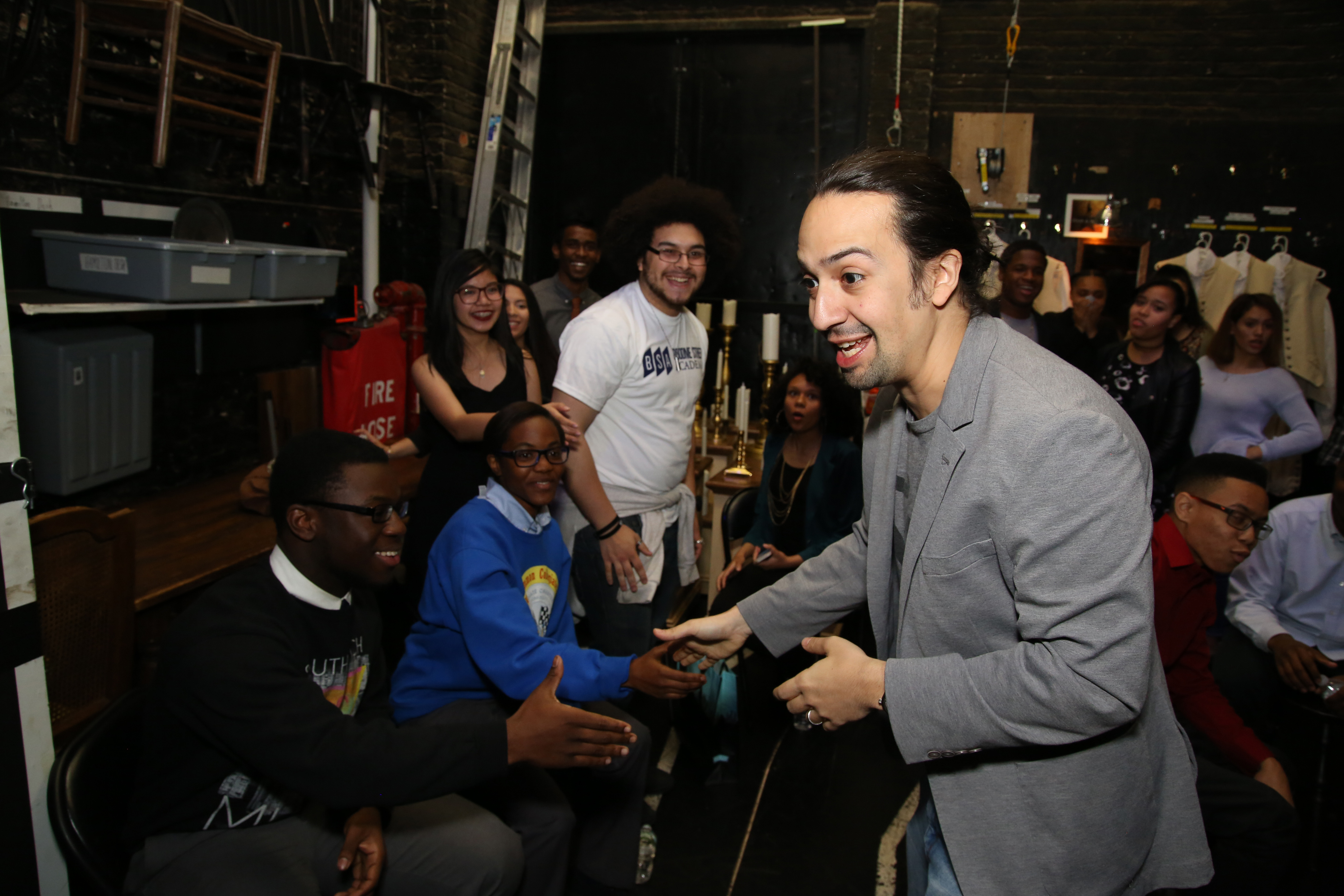 EduHam features a wealth of materials on their website for students to access — with information on more than 45 Founding Era figures, 14 events, and 24 key documents, as well as 175 supporting documents, video clips from Hamilton, and more. Then they connect these materials to key moments in the musical and students are able to create their own original performances, inspired by the historical documents that most sparked their imaginations. These performances might be a rap or a song, but they also might be poems or scenes.

When the theater was still running, selected students were able to come together to perform these pieces. Giving many young adults the opportunity to see the show and interact with the cast.

“It has given hundreds of thousands of students access to a professional theater experience they might not otherwise have had, as both performers and audience members,” Rolon Pereira says. “Students are encouraged throughout the program to connect past people, ideas, movements to what they are seeing today. Especially regarding individual action, strength in diversity, and speaking up for civil rights.” 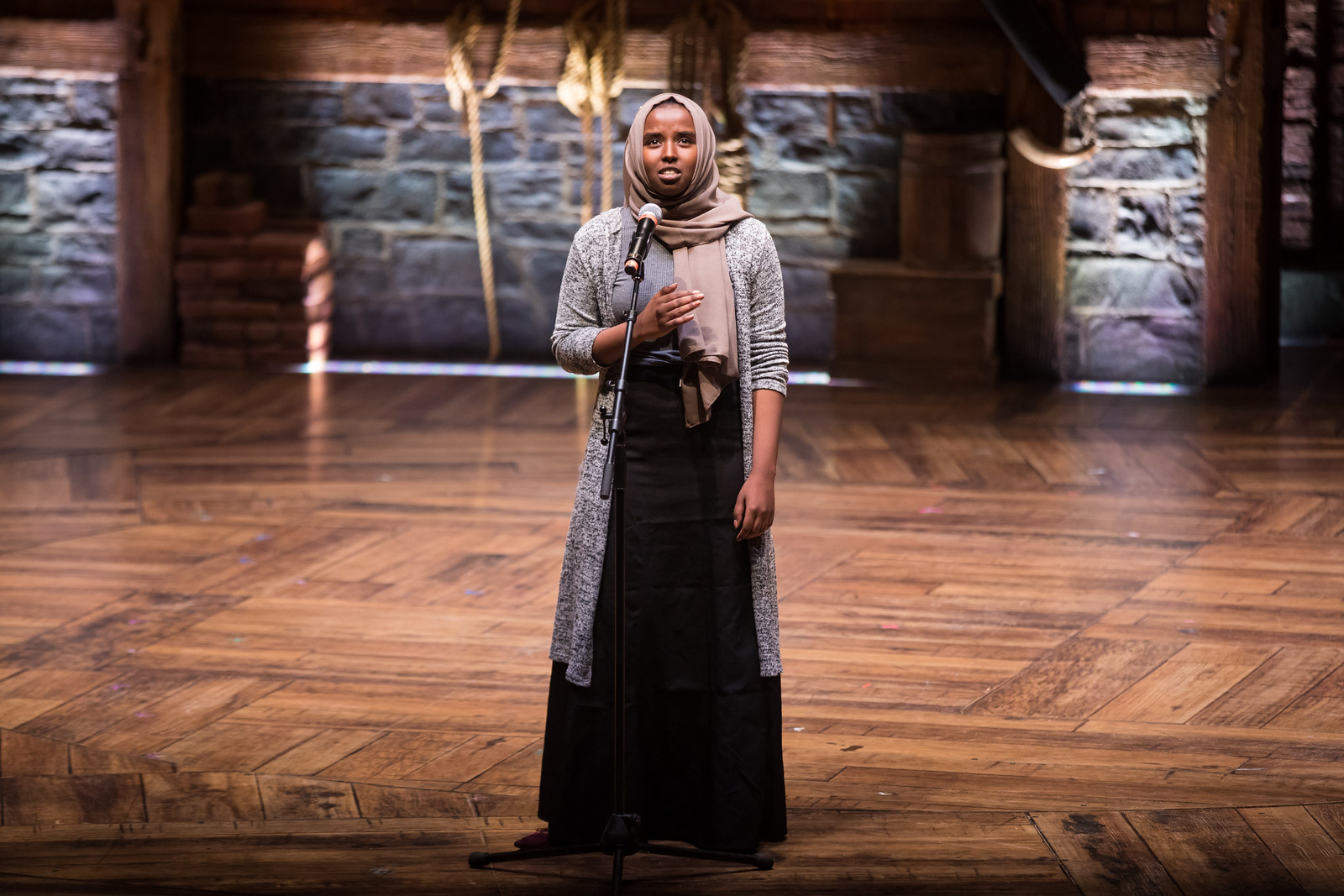 After theaters closed, EduHam created an extensive program at home — something that was already in the works, but was accelerated by COVID-19. Now, students all over the country have access to the custom-designed education program that connects early U.S. history with hip-hop and other performing arts. And they can upload their performances into a National competition and lottery that will pick winners to come to NYC to see Hamilton in person when theaters are back up and running.

It’s all about empowering students to tell their country’s stories themselves, very much in the spirit of Miranda’s creative vision.

“Lin-Manuel Miranda wanted Hamilton to open the gates of theater as well as the American founding era to people of color,” Rolon Pereira says. “With a cast that is predominantly non-white, even in telling the stories of historical people who were white, the musical and the program celebrate the universality of American aspirations.” 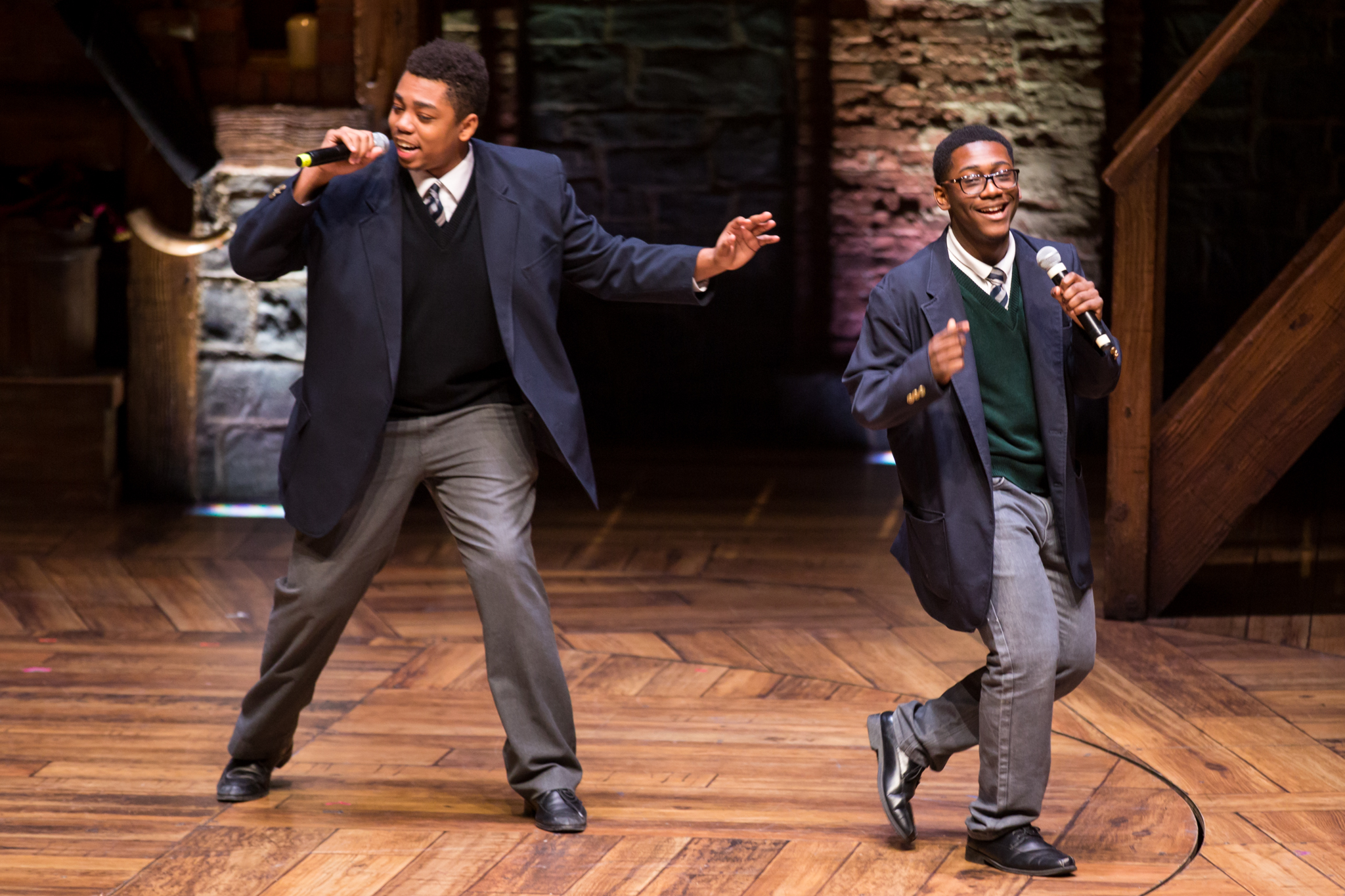