Some new Jordan merch is coming on the horizon, but you won’t be able to pick them up on the SNKRS app any time soon. That’s because the company is teaming up with Titan, a retailer from Manila, for a special line that will primarily be available for consumers outside of the United States.

According to a release, a pair of Jordans — the Air Jordan XXXV and the Air Jordan XXIII — will be designed in conjunction with Titan and will feature the company’s signature lightning bolt on them. Per the release:

The Air Jordan XXIII, a landmark silhouette for the Philippines after the 2008 Titanium release, features lightning-bolt-esque stitching on the upper. The Titan lightning bolt logo appears on the tongue and the sockliner. The Air Jordan XXXV brings a similar color scheme, rooted in a black heel counter and crossing into red webbing above the Eclipse Plate 2.0. The lighting bolt logo is subtly printed throughout the silhouette.

An image of the XXIIIs are at the top of the post, while the XXXVs are below: 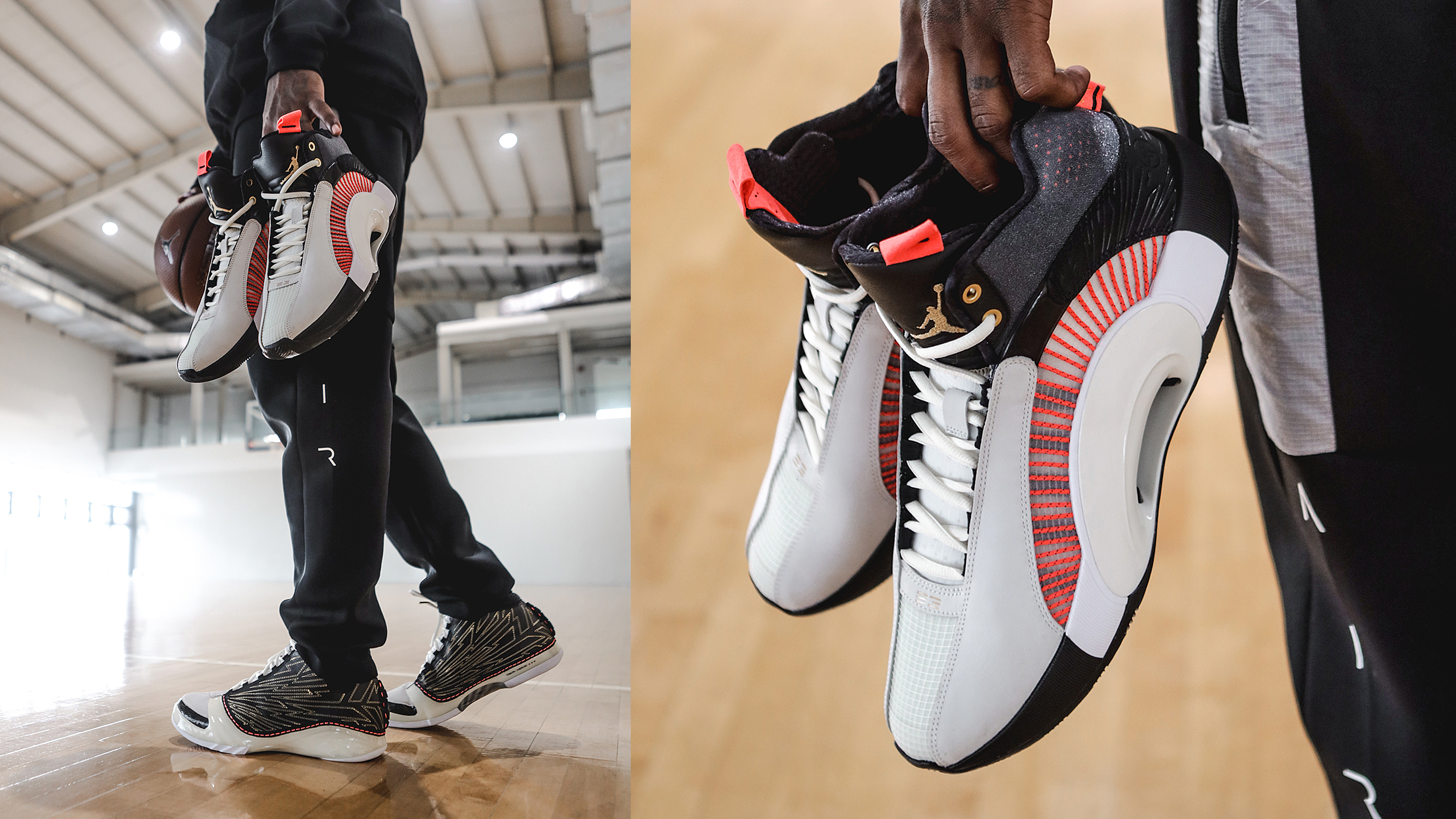 For a full list of where you can find the kicks — which will most widely be available in China but will be released worldwide, including a pair of spots in Los Angeles — click here. The non-U.S. outposts will drop the kicks on Dec. 29, with the American locations making them available on Jan. 23.

Source: Jordan Will Team With Manila Retailer Titan For A Pair Of Special Sneakers