The Houston Texans have been painful to watch this season, particularly for their fans, as they’ve been dreadful despite the presence of star quarterback Deshaun Watson trying his best to make them competent. They fired coach and GM Bill O’Brien earlier in the season, but the roster mess he left behind remains and, without DeAndre Hopkins out wide, Watson simply doesn’t have the weapons around him to make up for the Texans other deficiencies.

Those issues were on display on Sunday as the Texans took on the Colts in a divisional game that saw them go down two scores, rally to tie the game at 20, fall behind 27-20, and then again march down the field in hopes of forcing overtime. Their last gasp effort to tie the game ended in disaster after Watson hit Keke Coutee on 4th and 5 on a slant over the middle. Coutee fought through a hit and found his way near the goal line, but had the ball punched out as he tried to stretch for the end zone where it was recovered by the Colts to seal another Indy win and yet another brutal Houston loss.

The Colts would take knees to end it and Watson’s face at the end said it all from his perspective. 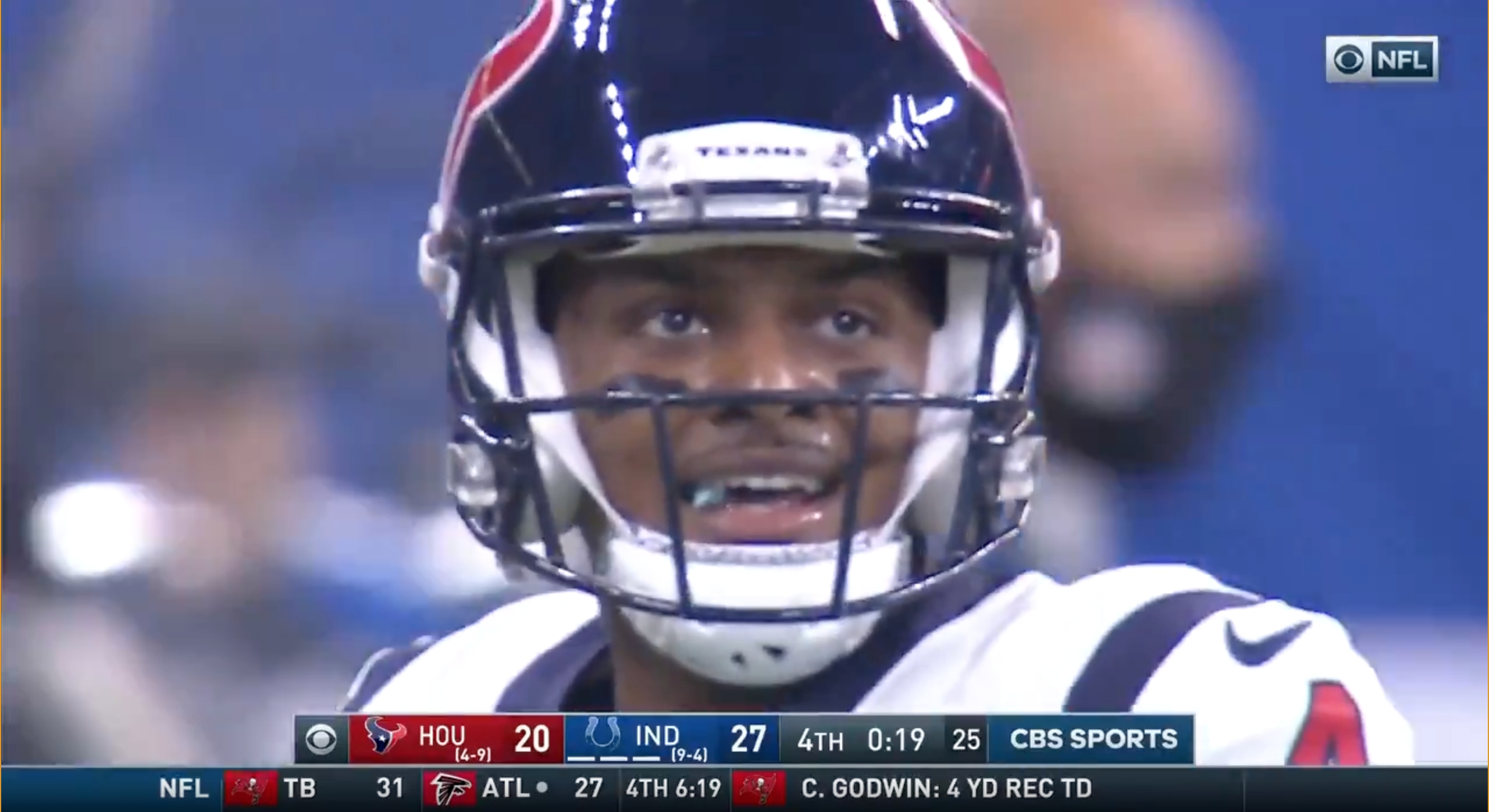 The Texans fall to 4-10 with the loss, two games away from the merciful end to the season and in need of some serious changes if they are to get back to playoff contention soon. The good news is they have the quarterback situation figured out, which is usually the biggest hurdle. The bad news is, well, everything else.

Source: The Texans Lost To The Colts By Fumbling The Ball Into The End Zone Trying For The Tying Score