It’s weird to look back at March 2020, isn’t it? We seemed so young then, so naïve, so totally and completely unprepared for what was to come — and cue the ominous music folks, because it was a doozy of a year.

The last night things were “normal” — March 13th — I had drinks scheduled at a friend’s house. I was recently looking back at that email chain, and I cringed. We seemed so glib, embarrassingly so. “I guess we’ll toast to the end of the world,” we joked. That night, my girlfriends and I sat around tallying whose work had told them to work from home on Monday. “How would we even do that?” we wondered.

Two days later, California effectively shut down, and it wasn’t for just a few weeks. Or even a few months. Basically, if you had come with a time machine to tell my friends and I that night that we’d be working from home for the entire rest of the calendar year (and beyond), we probably would have lost our minds (and finished several more bottles of wine).

Now, in December 2020, the fear around that particular part of the pandemic is gone. We’ve realized… it kind of works. I mean, sure, we miss our coworkers. But we’ve also seen that working remotely can be a positive thing — from freeing us up location-wise to streamlining production so that we have more leisure hours (assuming our employers don’t use it as a way to make us work more, a claim already being leveled at some businesses).

Here are a few of the benefits to working from home that we discovered in 2020. And while none of them are “and you don’t have to change out of pajamas!” — you can assume that’s #1 on the power ranking.

Cutting commutes to work gave us back our time. 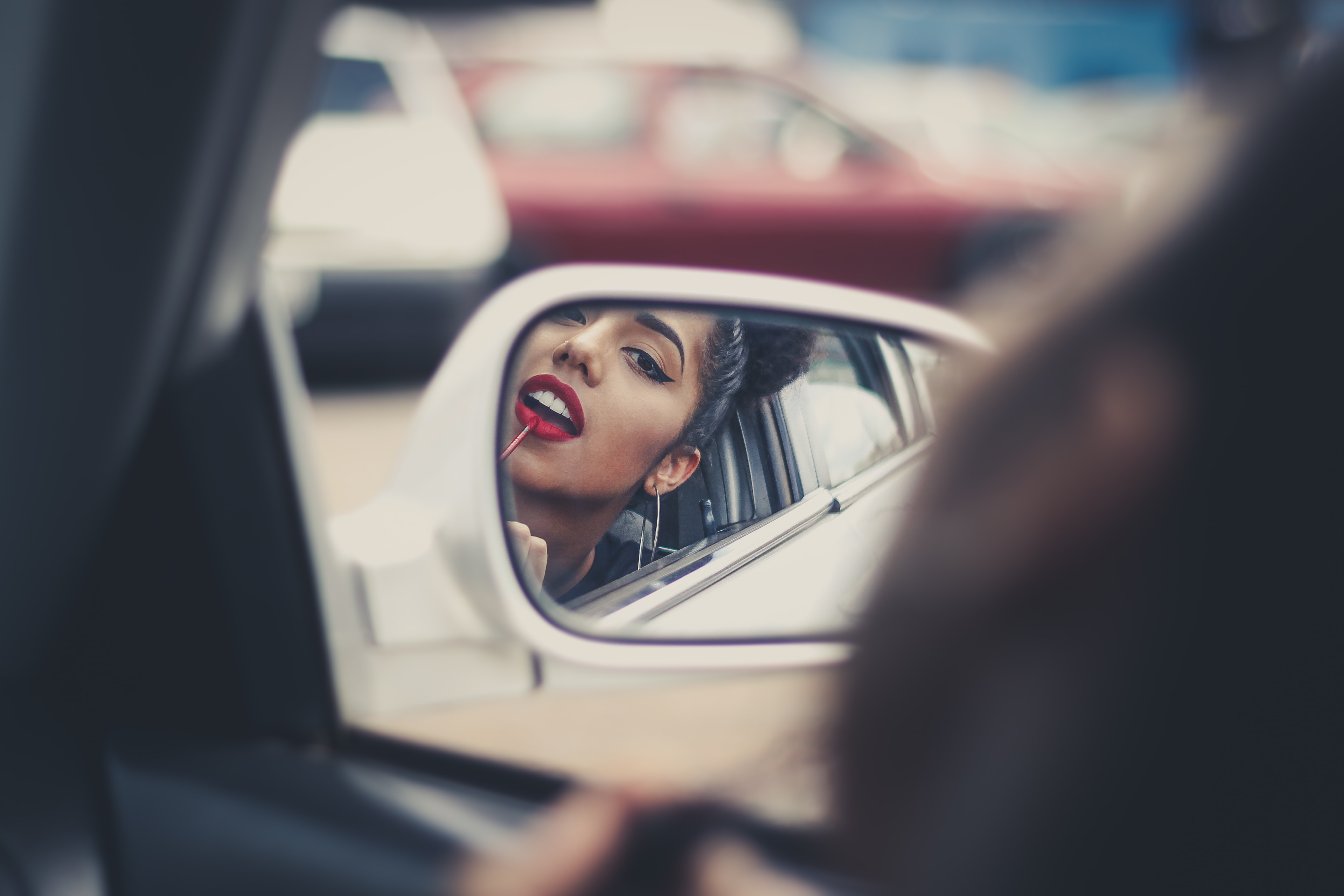 Working at a CW show this spring, my commute to the writers’ office in the valley was over an hour. And I did it — without complaint — I loved my job and that’s just…what you have to do in LA. Spend hours a day in a car. But suddenly, with no commute, I had hours more in my day. Those extra two hours could be spent exercising, sleeping in, writing my own stuff — even cooking, because I wasn’t so exhausted from a drive that I just wanted to order pizza.

I missed my co-workers a ton, of course. But I began to dig how much more open my day felt. How little gas I had to buy. Working from home can cut your workday from 11-12 hours to a more reasonable 8-9 and that’s a pretty exciting prospect.

Not having to go in to a physical office meant we could live where we wanted. 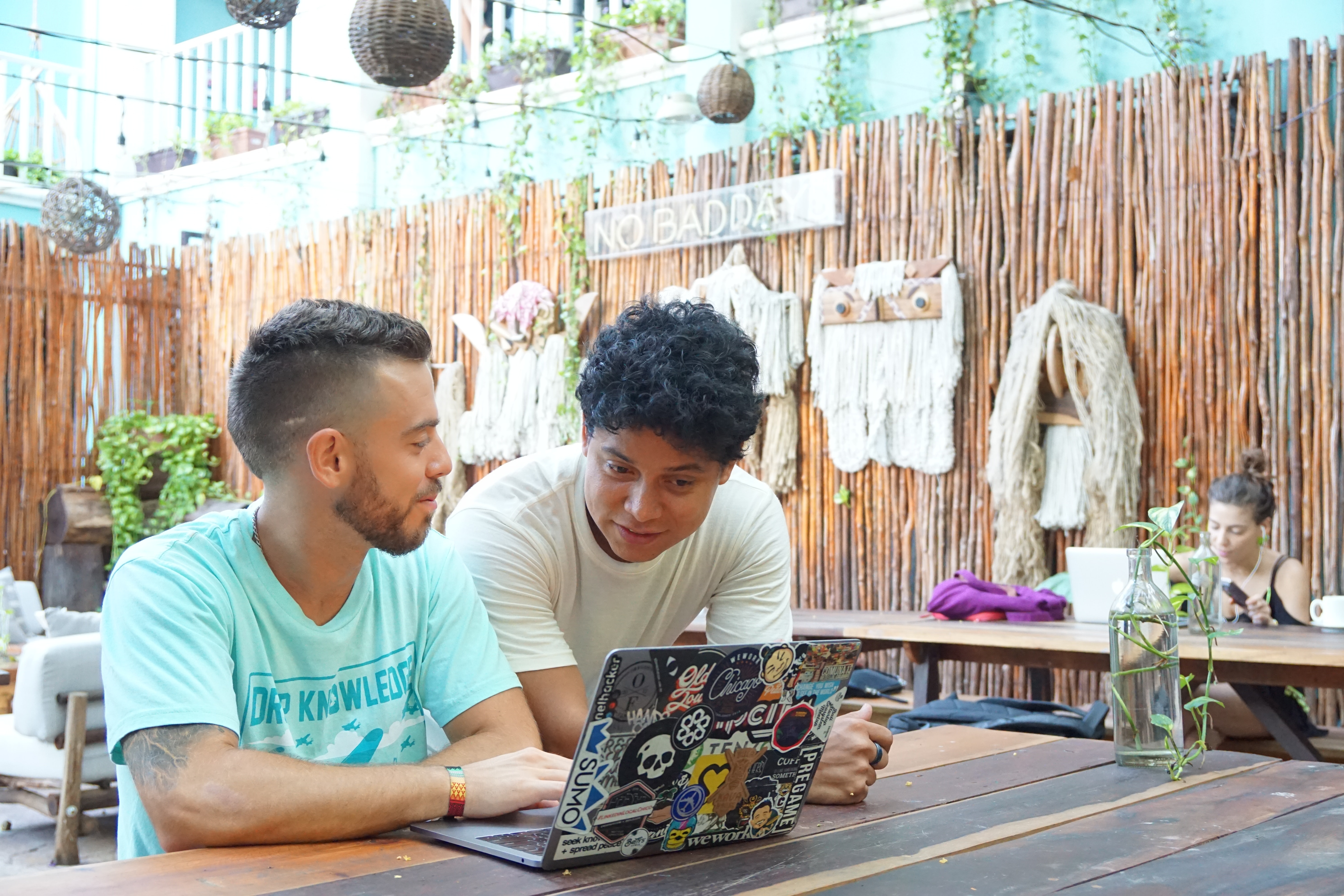 If you’ve been struggling to pay rent on a studio or one-bedroom in the city you “have to” live in for your job, you’re not alone. According to a 2019 report from the Harvard Center For Housing Studies, in the nation’s 25 highest-rent markets, 46 percent of renters with incomes of $45,000–74,999 were cost burdened — meaning they paid over 30 percent of their income on housing costs. But if you didn’t have to stay in New York or San Francisco or Seattle, imagine the possibilities that open up.

Ashley B. — a private practice lawyer at a firm in LA, who is wary of using her real name — the chance to work from home prompted a full reexamination of priorities.

“In LA, I live alone — except for my dog! — in a pretty small apartment in Santa Monica without any outdoor space,” she tells me. “When everything shut down, including my gym and a lot of cafes and other places where I’d connect with my friends, it was pretty solitary and a bit draining.”

Ashley had been to Tulum in Mexico a couple of times before. She had friends who lived there and her powerlifting coach had a gym there — so, with no restriction on the place she lived, her tiny apartment suddenly paled in comparison to days spent in the jungle and on the beach. The move was supposed to be temporary.

“I decided to try it out for a couple of months. A couple of months has now turned into 5 or 6 months,” she says. She’s still busy at work, and sometimes the time difference can be rough, but overall – she loves it. “It’s been great to meet new people, be in a town where just about everything is set outdoors, and have some semblance of normal life amid the chaos that is 2020.”

Ashley doesn’t know if it will be a permanent change, but she also thinks this time has shown us that, with technology, being present all the time in the same physical space isn’t as necessary as we used to think.

“It can be tough not to have an opportunity to speak to a judge or prosecutor in person,” she says. “But given that we’ve worked successfully for the last nine months, the earlier assumptions about productivity at home and inability to fully service our clients will be harder to hang onto.”

Fewer cars on the road helped the environment. 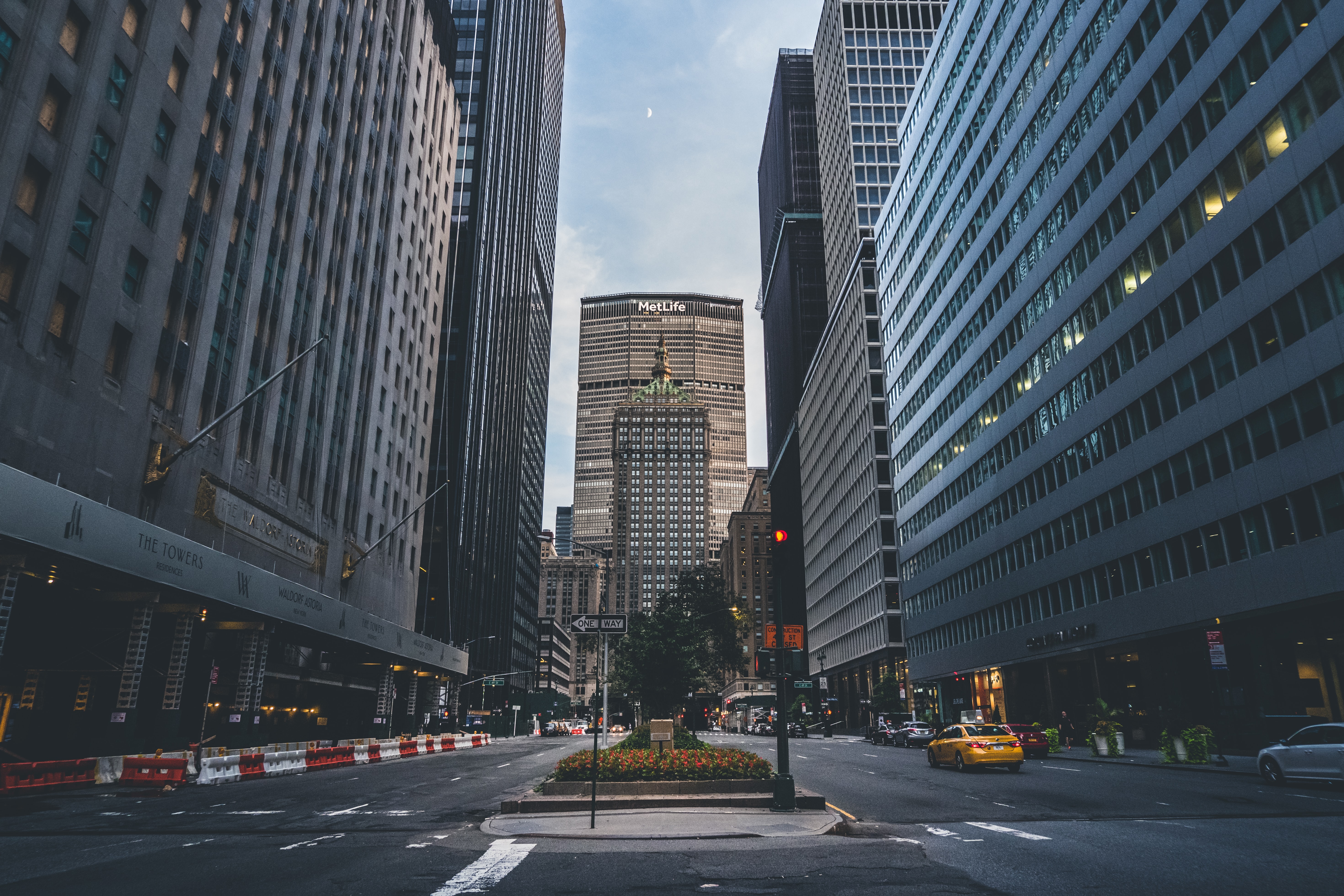 It’s pretty crazy how quickly our congested roads went empty in just a couple of weeks. Ron Cohen, a professor of Atmospheric Chemistry at Berkeley, was specifically working on a project to map and track cities’ air pollution and greenhouse gases when COVID hit — so with lockdowns starting he had the very interesting opportunity to study what would happen if we all drove less and worked at home more.

“At the beginning of shelter-in-place, we saw a 25% decrease in total CO2 emissions in the East bay,” he says. “That was almost entirely from a reduction in vehicle emissions on the region’s highways. It has given us insight into how the atmosphere responds to emissions from gasoline-fueled passenger cars.”

What they observed was a preview of what life could be like with less cars on the road (or what could happen if half of the cars on the road were electric), and what the data showed was that CO2 (the main greenhouse gas) emissions were dramatically lower. If we all worked from home more, we could continue to enjoy that positive effect on the environment.

Long-term though, Cohen warns, it’s hard to say whether this particular event will have a net positive or negative effect environmentally. Especially, if most workplaces start requiring workers to come in again. Some people may be nervous to use public transit and will opt for cars — adding more to the road, and those who have moved, may make things worse with longer commutes from the suburbs. That said, while Cohen personally can’t wait to travel again, he’s hopeful that this unexpected air data from his project, BEACO2N, will help cities plan for a greener future.

“We hope to support cities in their ambitions for clean air and reduced climate impact,” he says, “Providing them with crystal clear scientific summaries of their current emissions and options for the future only helps that goal.”

Less time at a desk allows us to incorporate more outdoor time. 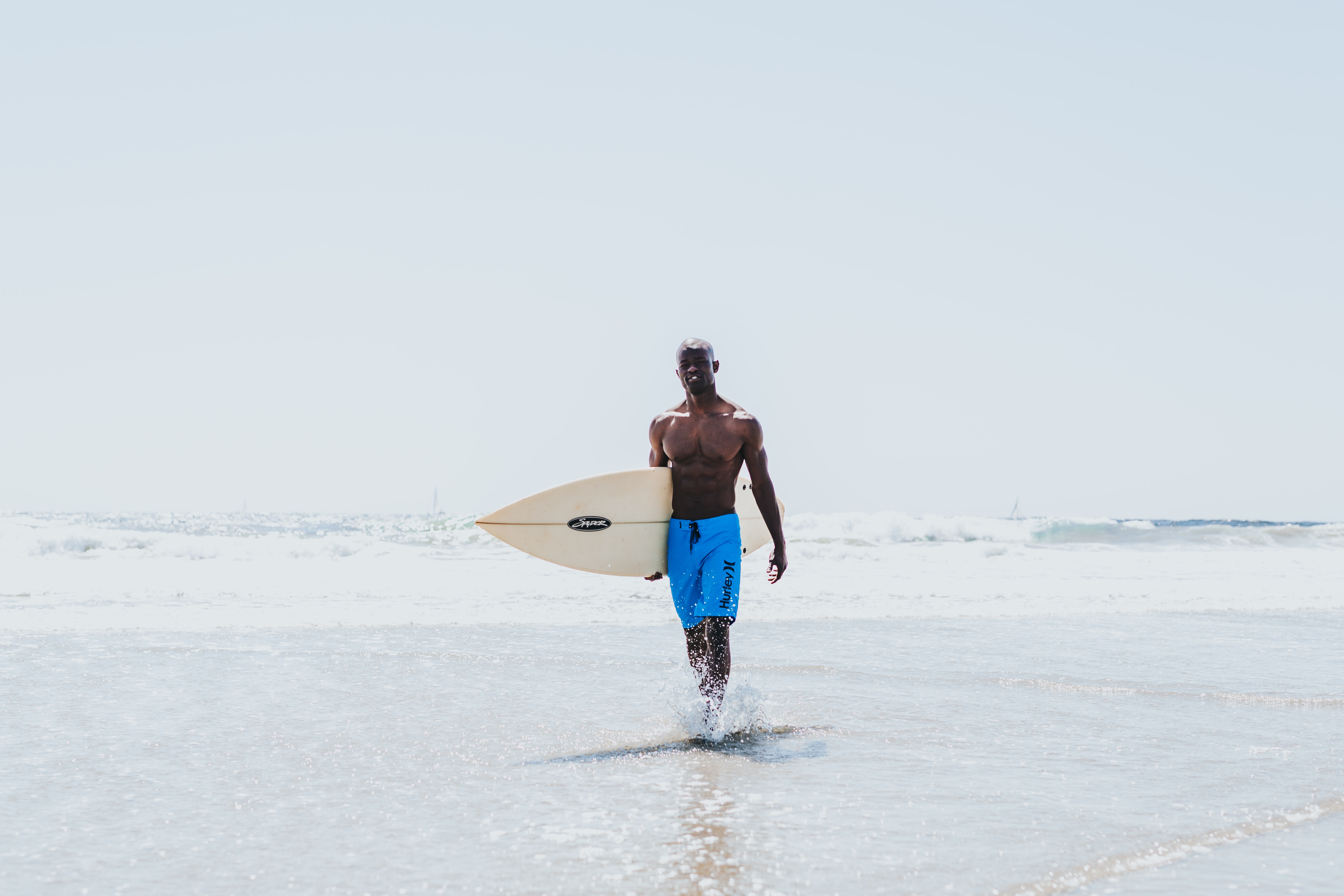 Spending time in nature, even for short periods of time daily, has been shown to reduce stress, boost your mood, and make you more creative/better at problem-solving. Yet, for many of us, we were still spending long days indoors at work and having a hard time fitting in outdoor adventure on the weekend, let alone on workdays. But a hike at lunchtime, a quick surf (now that you can live near the beach!) in the morning before calls, even just bringing your computer outside — all became tantalizingly possible in 2020.

At my job, zoom fatigue had our showrunner set hours that involved larger breaks and more independent study. Everyone worked just as hard producing their best work — just… a little more on their own time. It worked. Quality over quantity, as the saying goes.

And, against all odds, we still managed to create a sense of community. 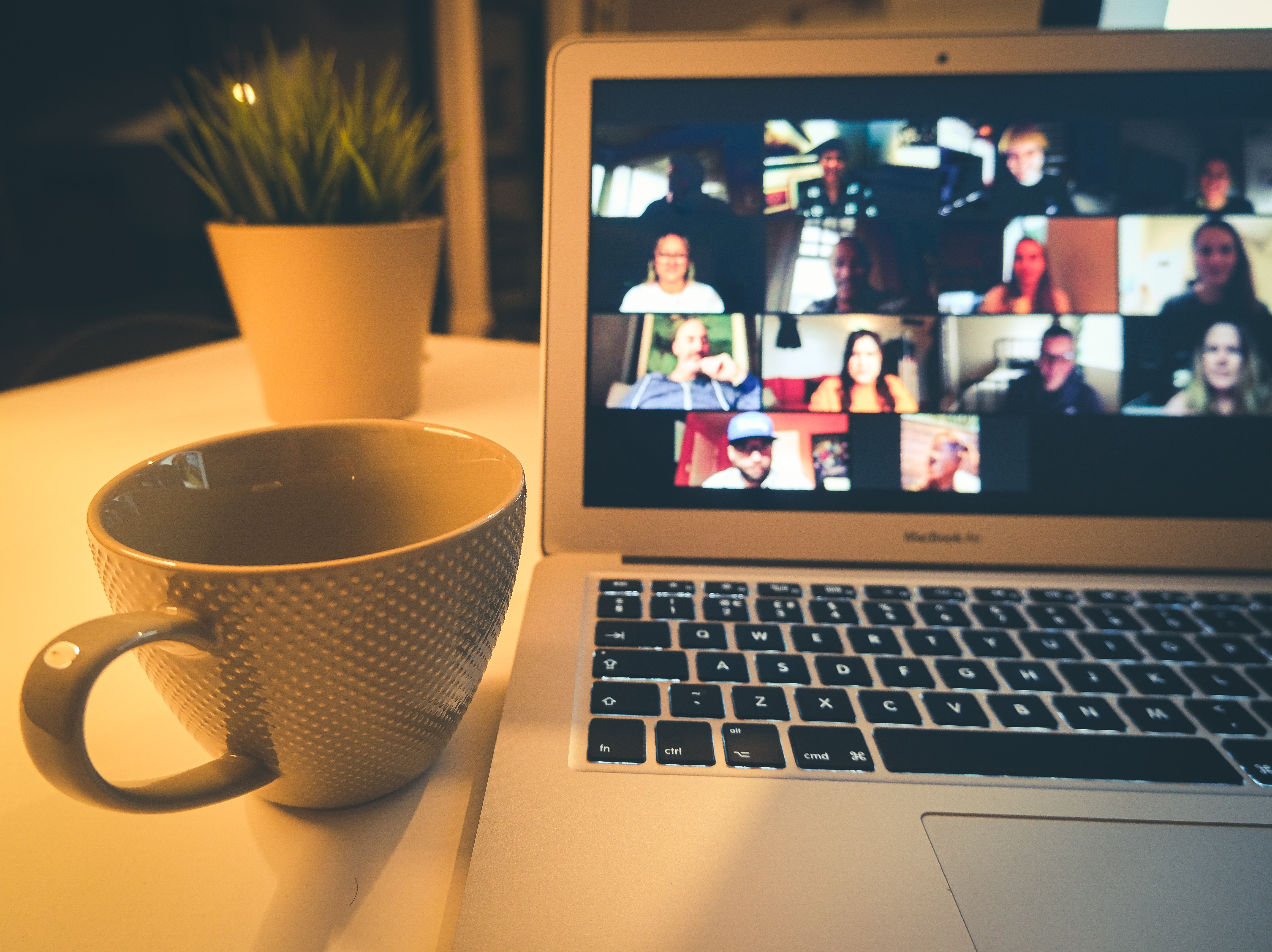 Zoom happy hours, work text chains, laughter at/ compassion for the coworker whose cat/baby/partner walked into frame during a meeting — all led to us finding ways to connect even without our physical workspaces. Working from home can be fatiguing, but, over the past year, we learned that we’re more adaptable than we could have imagined.

Who knows what the future will bring. If nothing else, this year has been a master class in letting go of the notion that we have all that much control over the future. But I have to think that there are going to be some permanent shifts in work culture. And if we continue to have some flexibility in where we work, there are certainly positives to be found.

So…who wants to go in on rent in a beach house?

Source: Positives Of Working From Home That Made 2020 A Little More Tolerable