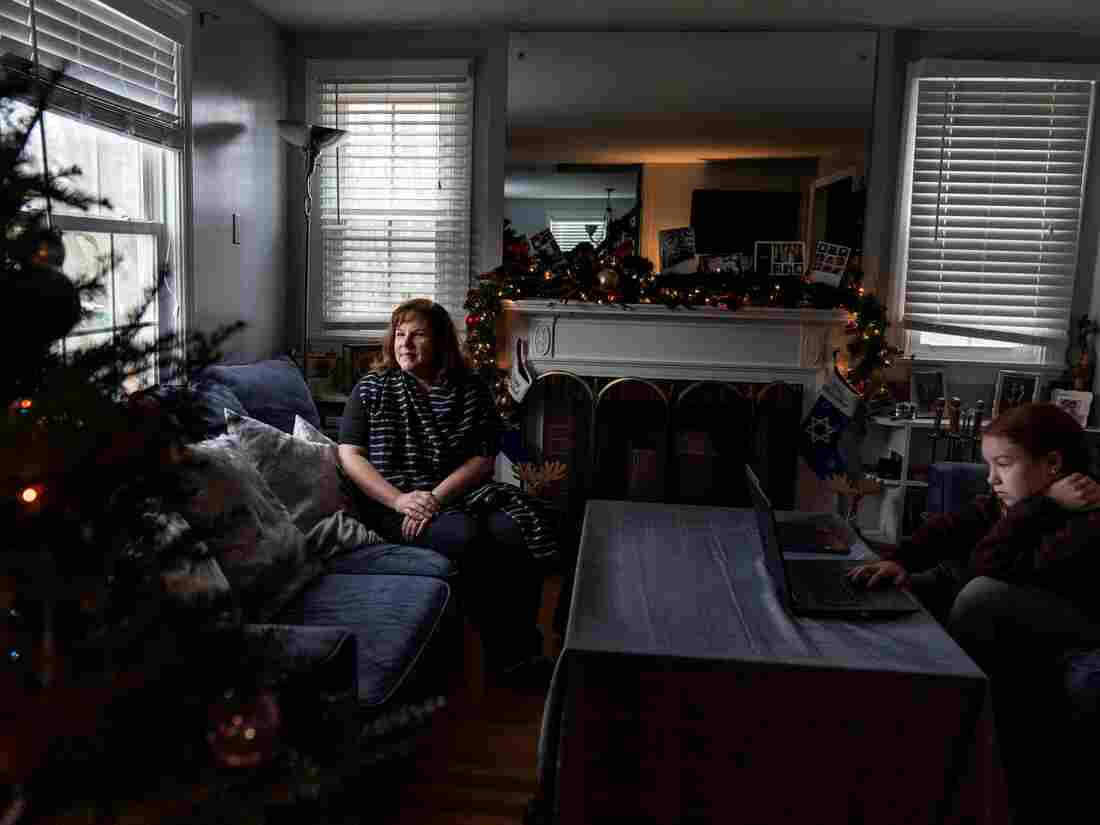 Eileen Carroll, left, sits for a portrait as her daughter, Lily, 11, attends school remotely from their home in Warwick, R.I. on Dec. 16. When Carroll’s other daughter tested positive for the coronavirus, state health officials told her to notify anyone her daughter might have been around. Contact tracers, she was told, were simply too overwhelmed to do it. 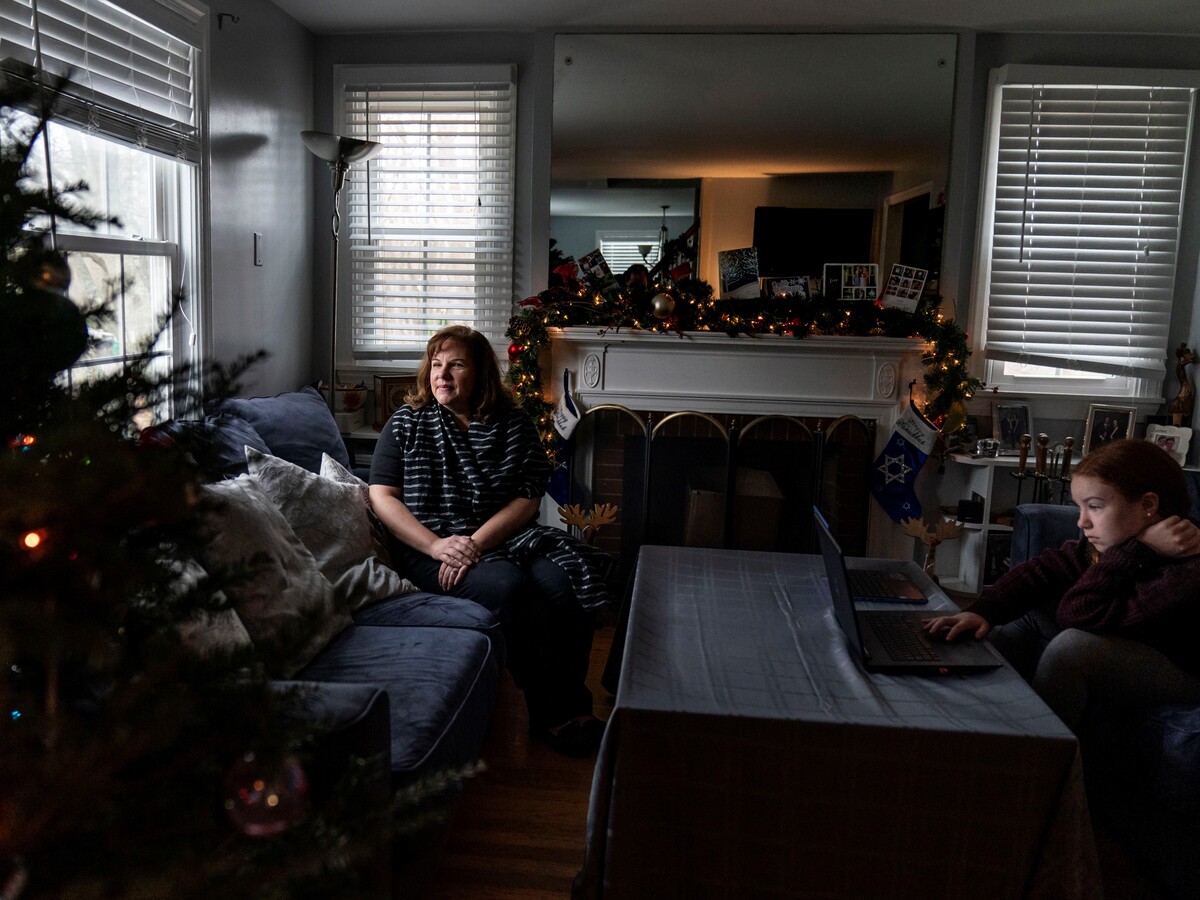 Eileen Carroll, left, sits for a portrait as her daughter, Lily, 11, attends school remotely from their home in Warwick, R.I. on Dec. 16. When Carroll’s other daughter tested positive for the coronavirus, state health officials told her to notify anyone her daughter might have been around. Contact tracers, she was told, were simply too overwhelmed to do it.

COVID-19 cases are spreading so fast that they’re outpacing the contact-tracing capacities of some local health departments. Faced with mounting case loads, those departments are asking people who test positive for the novel coronavirus to do their own contact tracing.

The contact tracers of Washtenaw County in Michigan have been deluged with work.

Washtenaw is a county of about 350,000 residents who live in and around the city of Ann Arbor, about 45 minutes from Detroit. Until mid-October, a county team of 15 contact tracers was managing to keep up with the workload. But when coronavirus cases started to surge in the fall, they struggled to keep up. By Thanksgiving, more than 1,000 residents were testing positive for the novel coronavirus every week, and the tracers could not keep pace.

In Washtenaw County, the process starts with a group of people called case investigators, who receive lab reports of positive coronavirus tests. Their job is to call everyone who’s tested positive for the virus, tell them they need to isolate themselves, and ask them for the names of people with whom they had close contact. After creating this list of potentially exposed “contacts,” the investigators pass the list over to a new team, who use it to start the actual contact tracing.

The county’s contact tracers are then responsible for calling infected people’s close contacts and telling those people they need to quarantine. Each person who tests positive typically has several contacts, so as the number of positive cases builds, the number of calls that tracers have to make swells too.

In recent weeks, it’s not just the number of positive cases that has increased, overwhelming the capacity of case investigators, but also the number of contacts that each of those people has, says contact tracer Madeline Bacolor.

“There’s just so many more people that are gathering and that are exposed,” she says. “It used to be, we had a case, and maybe that person had seen two people, and now it’s a whole classroom full of daycare students or a whole workplace.”

That’s crucial work, according to public health professor Angela Beck, because it breaks viral transmission chains and prevents the virus from spreading unchecked through a community.

Beck teaches at the University of Michigan, where she also runs the campus program for tracing coronavirus exposures among students.

When you’re trying to contain an infectious disease, she says, running out of contact tracers is “not a situation that you want to be in.”

Once billed as one of the fundamental tools for stemming the spread of the virus, contact tracing has fallen apart in many regions of the country. It’s a systematic breakdown that Lawrence Gostin, a professor of global health law at Georgetown University, says hasn’t happened since the spread and stigma of HIV and AIDS in the 1980s and ’90s.

In Michigan’s rural northern peninsula, a public health district spanning five counties warned residents last month that their tracers were overwhelmed, and they might not receive a call at all, despite testing positive. The health workers had to focus their efforts on residents over 65, teens and children attending school in person, and people living in group settings.

In the state’s southwest corner, contact tracers in Van Buren and Cass counties can no longer keep up with their calls. It’s the same situation in Berrien County: “If you test positive, take action immediately by isolating and notifying close contacts,” the Berrien County health officer urged residents in a press release.

Health officials have taken similar actions in all regions of the country, including Oregon, North Dakota, Ohio and Virginia.

In many health departments, the shortage of contact tracers has been exacerbated by a recent change in the quarantine guidance from the Centers for Disease Control and Prevention — reducing the quarantine period from 14 days to 10 for some individuals exposed to the virus.

The idea behind the change was that the risk of transmission after 10 days of quarantine was low, and shorter quarantine periods might increase people’s willingness to comply with the orders. But the shift also meant that contact tracers had to spend time learning and explaining the new procedures, at the same time as caseloads were exploding. 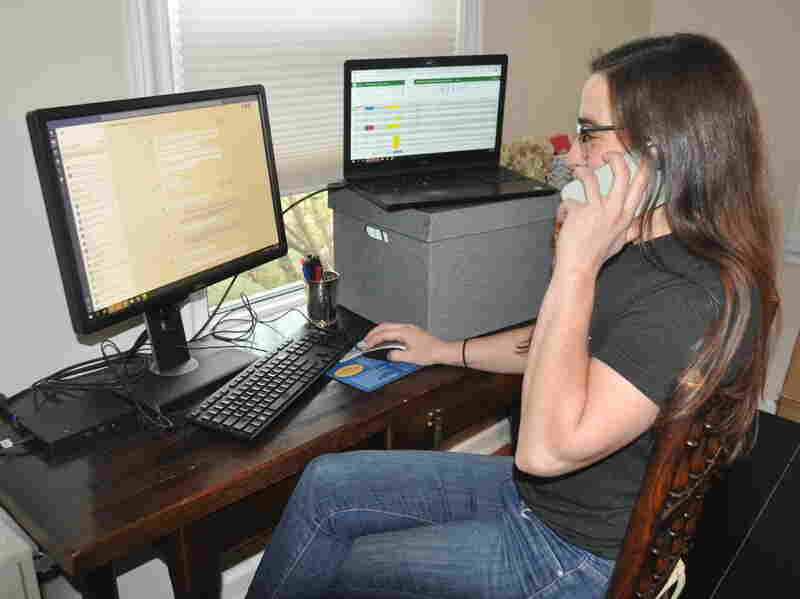 Tedi Milgrom, a contact tracer for the health department in Washtenaw County, Michigan, calls a person who may have been exposed to the novel coronavirus. Milgrom and her colleagues have been overwhelmed by a surge in COVID-19 cases over the last month. 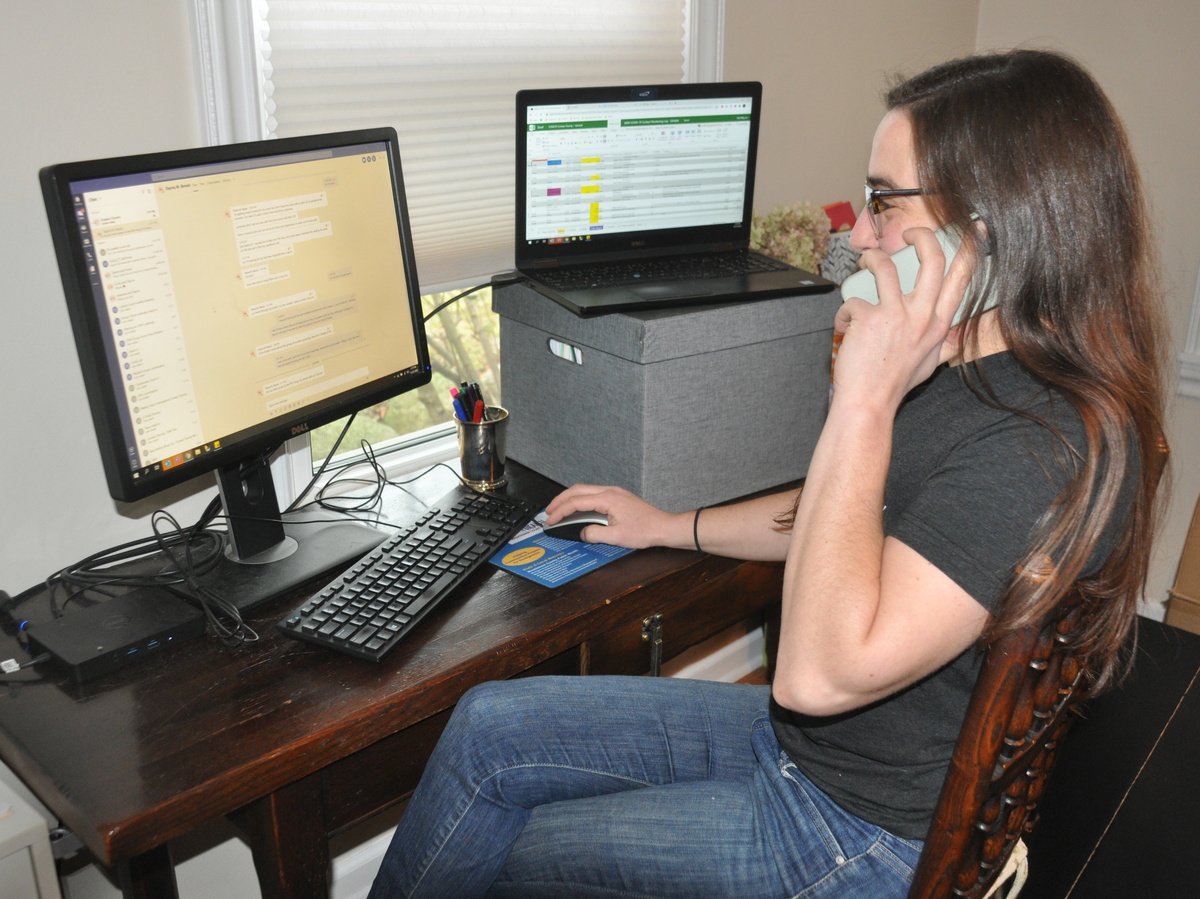 Tedi Milgrom, a contact tracer for the health department in Washtenaw County, Michigan, calls a person who may have been exposed to the novel coronavirus. Milgrom and her colleagues have been overwhelmed by a surge in COVID-19 cases over the last month.

“It makes things more confusing,” says Bacolor, the contact tracer in Washtenaw County. “People might be hearing something different from their job or school than they are from the health department.”

Bacolor’s experience was common among contact tracers, says Lori Tremmel Freeman, the CEO of the National Association of County and City Health Officials. She said local health officials had little warning from the CDC about how the quarantine guidance would be changing.

“To just issue [new quarantine guidance] at the federal level and expect it to be implemented across the country really is a disservice to local health departments who have to explain it on top of dealing with the pandemic,” Tremmel Freeman says. “They are scrambling right now.”

Asking infected people, some of whom might be sick, to call their own friends and families — in effect, conduct their own contact tracing operation —is far from ideal, public health experts agree.

“It is a last resort tool,” says Beck, the University of Michigan professor. “It is the best that we can do in the situation that we’re in, but it’s a compromised strategy.”

Contact tracing is more than just alerting people to a potential exposure, so they can quarantine. Part of the process is to do carefully structured interviews with the exposees, to determine if they’ve developed symptoms of COVID-19. If so, contacts of those people also need to be traced and told to quarantine, to prevent the virus from proliferating through successive chains of people in the community.

Trained contact tracers also often ask valuable questions to learn more about how the virus was transmitted from person to person, so that local health officials can piece together an understanding about which settings and activities seem particularly likely to promote spread — in-person choir rehearsals and crowded bars, for example — and which are unlikely to generate outbreaks.

Contact tracing is one key part of a tried-and-true strategy known as “test, trace and isolate.” Public health professor Angela Beck says that the strategy has been used all over the world, and it works — when there are enough people and enough time to do it properly.

Effective contact tracing can help mitigate the economic pain of a pandemic because it means that only people with known exposures to the virus must keep away from work, school and other activities, she says.

But success requires significant investment in public health infrastructure, something that Beck and other researchers say has been lacking for decades in the U.S.

Source: Do-It-Yourself Contact Tracing Is A ’Last Resort’ In Communities Besieged By COVID-19