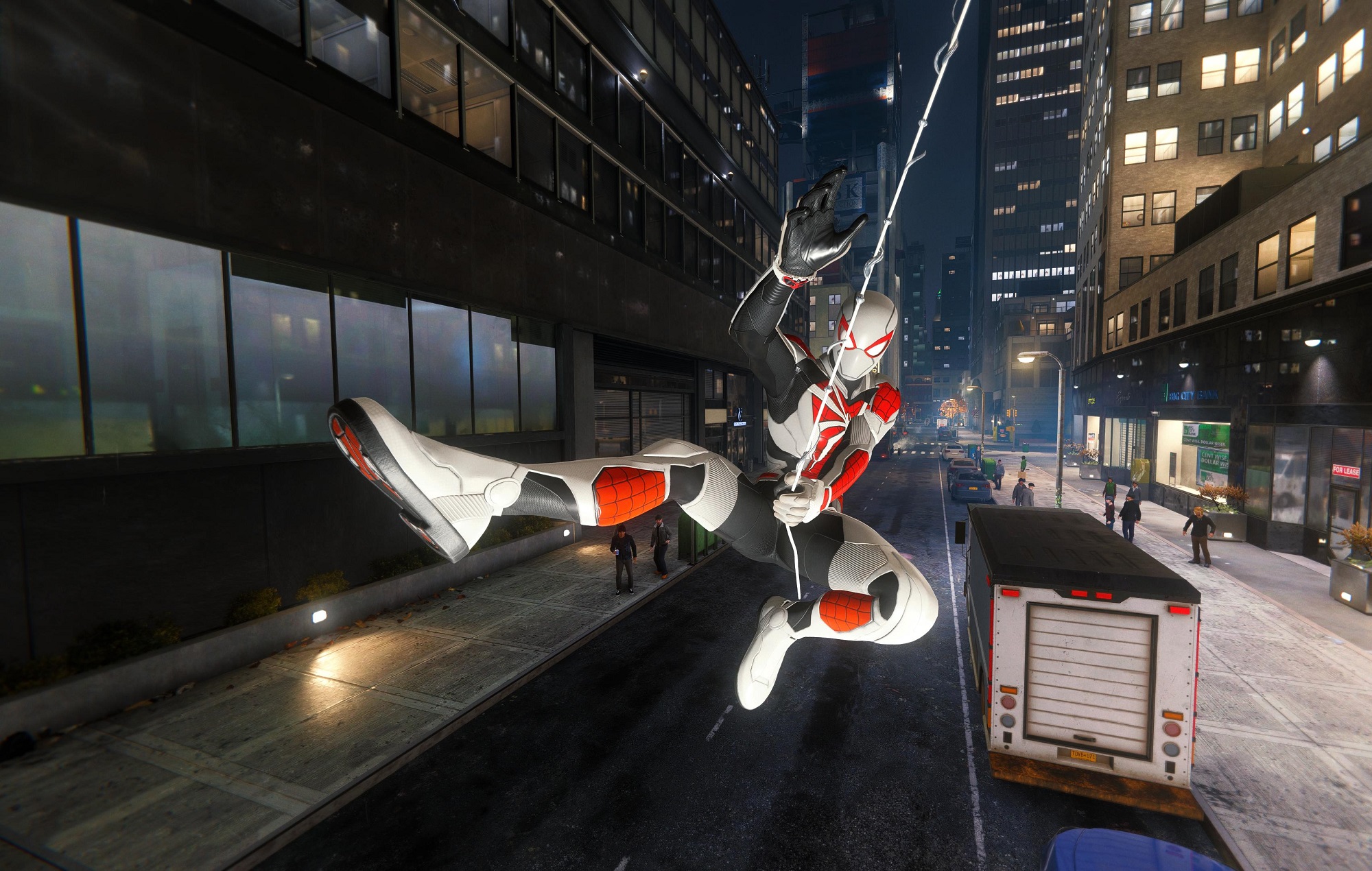 The artist for one of the suits in Marvel’s Spider-Man has revealed the design process which went into creating Spider-Man’s wardrobe.

Jaime McKelvie shared his design sheet for the Armoured Advanced Suit, or as it was called during creation, the Advanced Suit 2. The suit was designed to look like a more robust version of the webslinger’s base suit in the game. It was added by Insomniac Games post-release as free DLC.

McKelvie has a long history in comic book design, having designed both the new Captain Marvel and Ms Marvel for their Marvel Comics debut. He’s also the artist for The Wicked + The Divine.

As a DLC suit, the Armoured Advanced Suit has no associated powers, but is there to give Spider-Man a bulkier aesthetic for missions which call for it. This type of design was new ground for McKelvie, who tweeted “armour isn’t something I’ve done much so it was a nice challenge to come up with something armoured that still says ‘Spider-Man’.”

Oh I think I was away from twitter when the suit I designed for the Spider-Man game got released on PS4, so here’s my design sheet pic.twitter.com/sMFvy8xvIz

Among the design ideas, McKelvie wanted the mask to move “along the lines” of the original Advanced Suit. This would keep them closely related, although in McKelvie’s design, the eye lenses do not move.

The design sheet also includes two colour coded designs. One highlights the flexibility of each plate, and one shows which plates move in sync.

As well as the Advanced Armoured Suit, Marvel’s Spider-Man released the Amazing Suit and the Arachnid Rider Suit as part of the same free DLC. These are based on Andrew Garfield’s Spider-Man and a Kamen Rider parody.