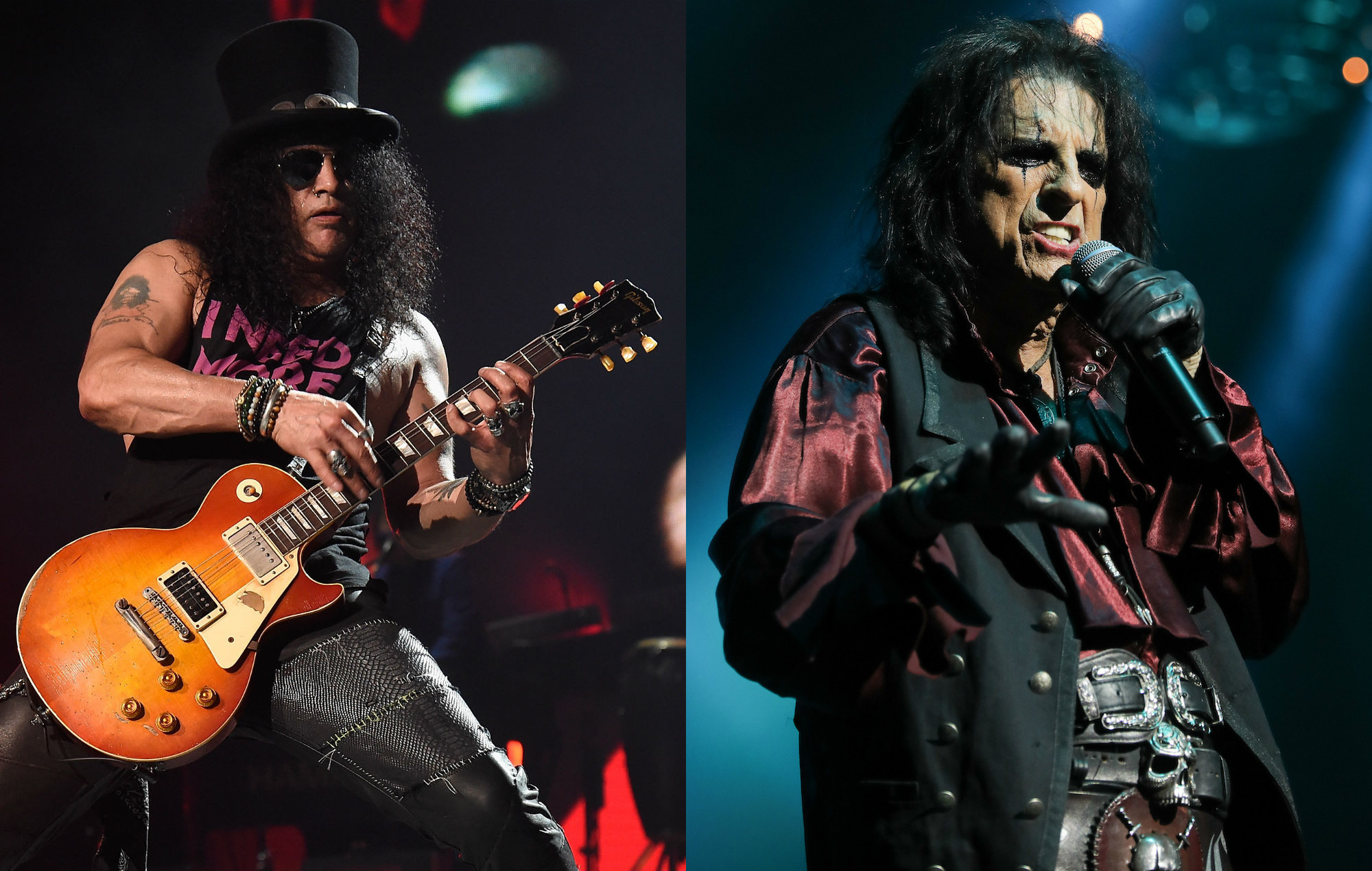 Slash, Alice Cooper and some of the biggest names in rock from the 1970s and ’80s all appear in the trailer for forthcoming documentary film Rock Camp.

The film documents Rock ‘n’ Roll Fantasy Camp, the American camp that for more than two decades has given people the chance to jam with and learn from rock stars, like Slash and Cooper, both of whom have taken on roles as counsellors over the years.

Started by producer David Fishof in 1996, Rock ‘n’ Roll Fantasy Camp sees the rockers teach and inspire campers over the course of four days, concluding with attendees and counsellors performing alongside one another in a huge concert.

In the trailer for Rock Camp, Cooper can be seen giving an interview in which he reflects on the people and the nature of the camp, saying, “You would have a 15-year-old kid playing drums, and a dentist on guitar.

“If this band were a real band it would be the weirdest band ever, but cool!”

Watch the trailer for Rock Camp below:

The film – directed and produced by Douglas Blush (Stardom, Twenty Feet) – chronicles the experiences of four campers as they learn to perform from some of rock’n’roll’s greatest artists.

As well as Slash and Cooper, Aerosmith‘s Steven Tyler, Dave Navarro, KISS‘ Paul Stanley and Gene Simmons, former Skid Row vocalist Sebastian Bach, Heart’s Nancy Wilson, Jeff Beck and members of Judas Priest, can all be seen in the trailer, each having undertaken a role as a camp counsellor over the organisation’s 25-year history.

The film will receive a virtual cinema release on January 15, 2021, before being made available on demand on February 16, 2021.