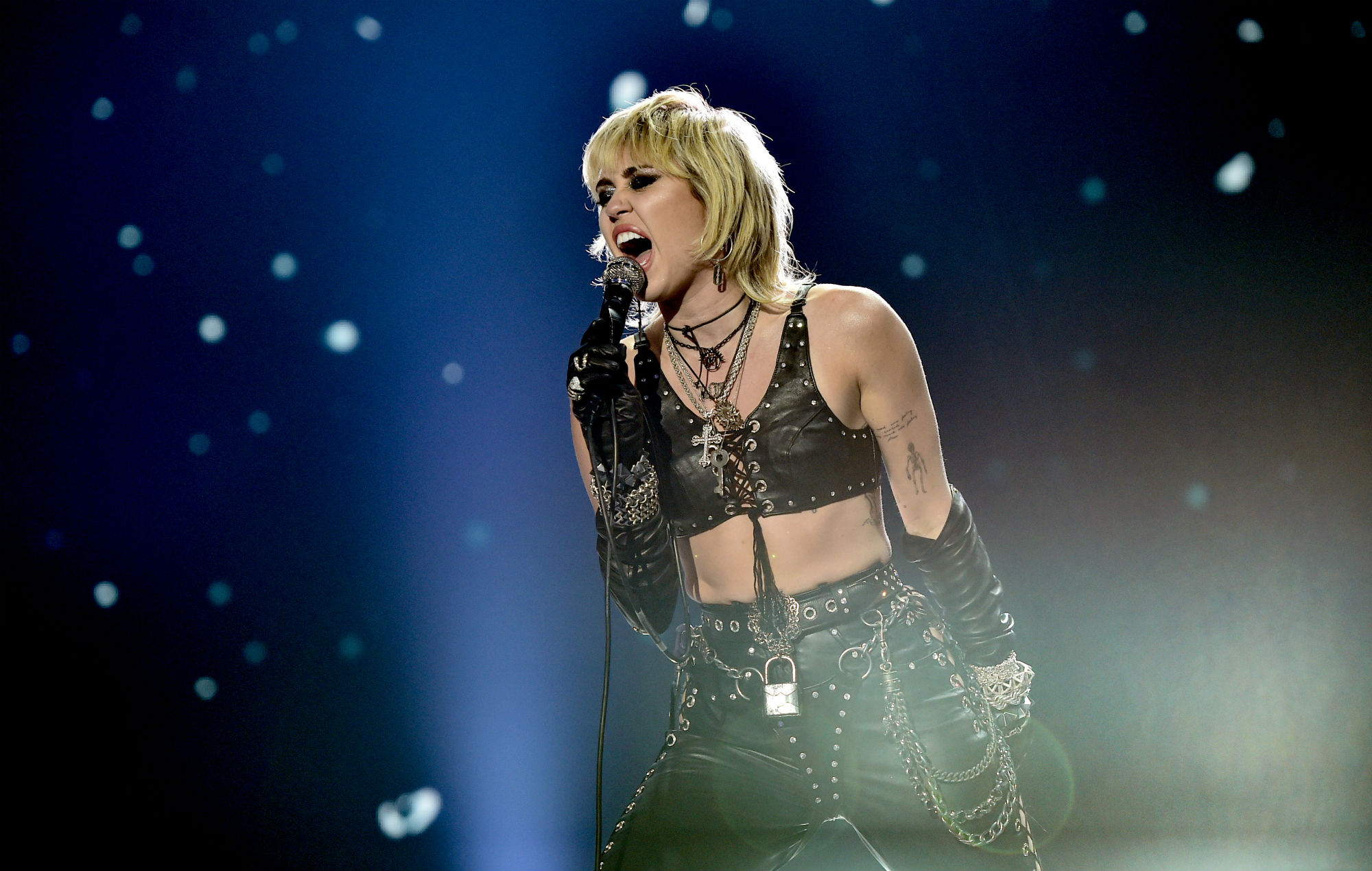 Miley Cyrus performed ‘Edge Of Midnight’ – a mash-up of her single ‘Midnight Sky’ and Stevie Nicks’ ‘Edge Of Seventeen’ – for a New Year’s Eve broadcast.

The singer helped ring in the new year with a three-song performance on Dick Clark’s New Year’s Rockin’ Eve programme on (Thursday) December 31, which she did so remotely from Los Angeles.

It was the television debut of the crossover song, which appears as a bonus track on Cyrus’ new album ‘Plastic Hearts’.

Nicks, best known as the co-lead singer of Fleetwood Mac, was absent for the New Year’s Eve performance.

miley cyrus performing edge of midnight tonight, the type of energy we need this 2021

The star has been busy recently covering rock and pop classics during the promotional cycle for ‘Plastic Hearts‘.

Bonnie Tyler has since expressed an interest in working with Cyrus after she covered Tyler’s 1977 song ‘It’s A Heartache’ last month. Tyler caught wind of the performance and took to Twitter in early December to share her thoughts. “Hearing Miley singing ‘It’s a Heartache’ has honestly made my day!” she wrote.

She added: “I would LOVE to duet with you some time Miley Cyrus.”

Cyrus’ ‘Plastic Hearts’ was given a four-star review from NME upon its release. The review said that the record “finds the pop-star-turned-rock-star going hell for leather – and when Miley Cyrus is at full throttle, it’s an absolute blast.

“Enlisting Joan Jett and channelling Stevie Nicks, the singer has drawn deep from her recent rock covers and done an Ashley O, reinventing herself yet again.”