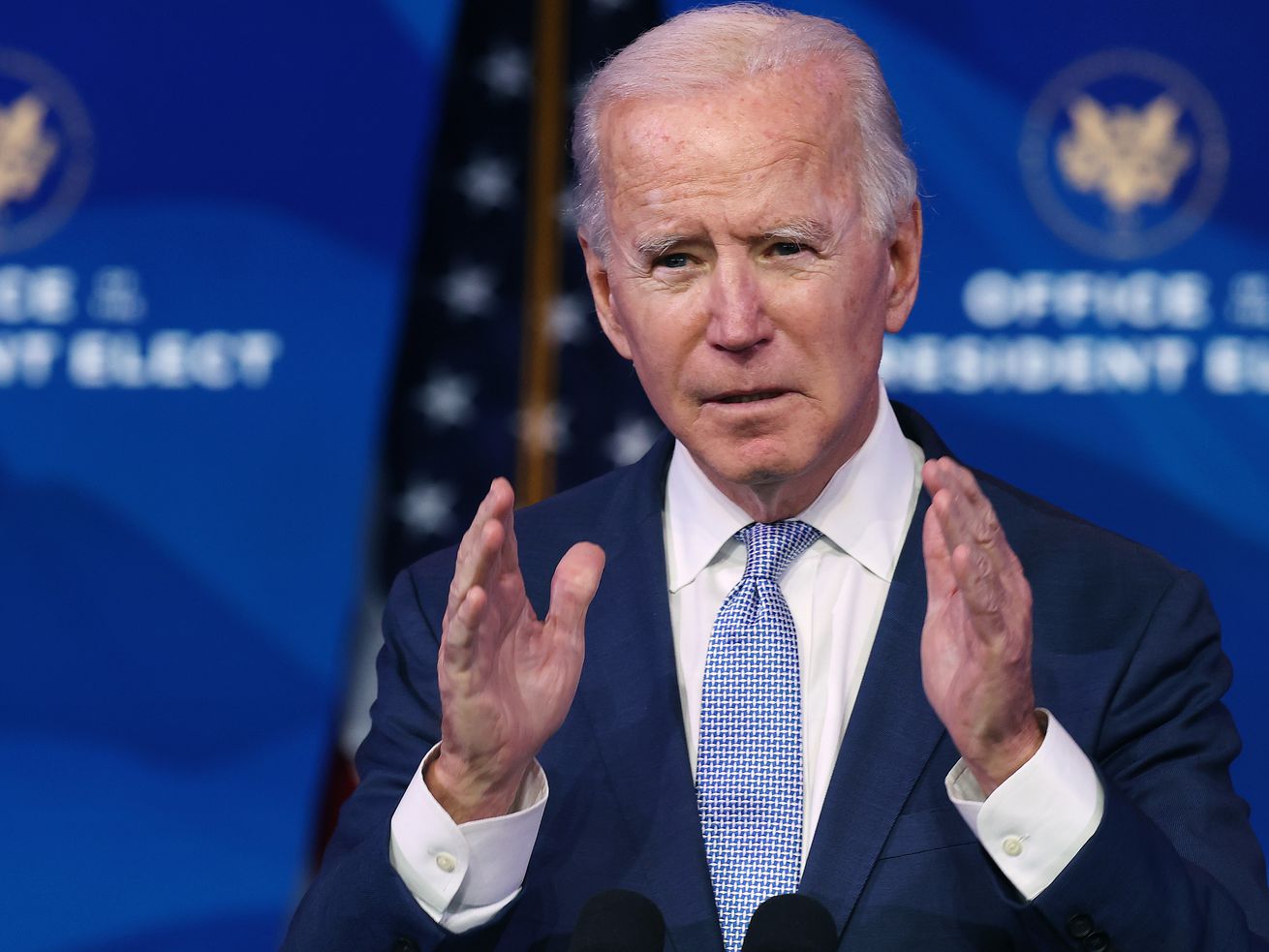 President-elect Joe Biden delivers remarks from the Queen Theater in Wilmington, Delaware, about the storming of the US Capitol by a pro-Trump mob on January 6, 2021. | Chip Somodevilla/Getty Images

Biden called on Trump to “step up” and confront the rioters’ actions.

President-elect Joe Biden on Wednesday condemned violent protesters who stormed the US Capitol and urged President Donald Trump to confront their actions.

Biden’s remarks came after thousands of Trump supporters broke into the Capitol building as Congress’s certification of the Electoral College vote was just getting underway, forcing an evacuation of lawmakers and staff.

“I call on this mob to pull back and allow the work of democracy to go forward,” Biden said in his remarks. “I call on President Trump to go on national television now to fulfill his oath and defend the Constitution and demand an end to this siege.”

Following Biden’s speech, Trump posted on Twitter a video in which he reiterated his unfounded claims of election fraud and asked protesters to “go home,” while also calling them “very special.”

Trump has done little, however, to address the destruction and violence his supporters are engaging in, and he did not explicitly acknowledge or criticize their actions in his recorded remarks. Prior to the break-in, Trump spoke at a rally where he also repeated lies about how the election was stolen from him.

Biden, meanwhile, denounced the attack on the Capitol outright. “The scenes of chaos at the Capitol do not reflect a true America, do not represent who we are,” Biden said. “It’s no protest. It’s insurrection.” As Vox’s Sean Collins and Zack Beauchamp reported, multiple people have been injured during the chaos.

In addition to condemning these acts as an “assault on America,” Biden also closed his remarks by stressing a common theme of his campaign: the need to restore decency to governance. “The work of the moment and the work of the next four years must be the restoration of democracy, of decency, honor, respect, the rule of law,” Biden said, adding that people in both parties need to come together to make that happen.

“There has never been anything we can’t do, when we do it together. And this God-awful display today is bringing home to every Republican, Democrat, and Independent in the nation that we must step up,” he said.