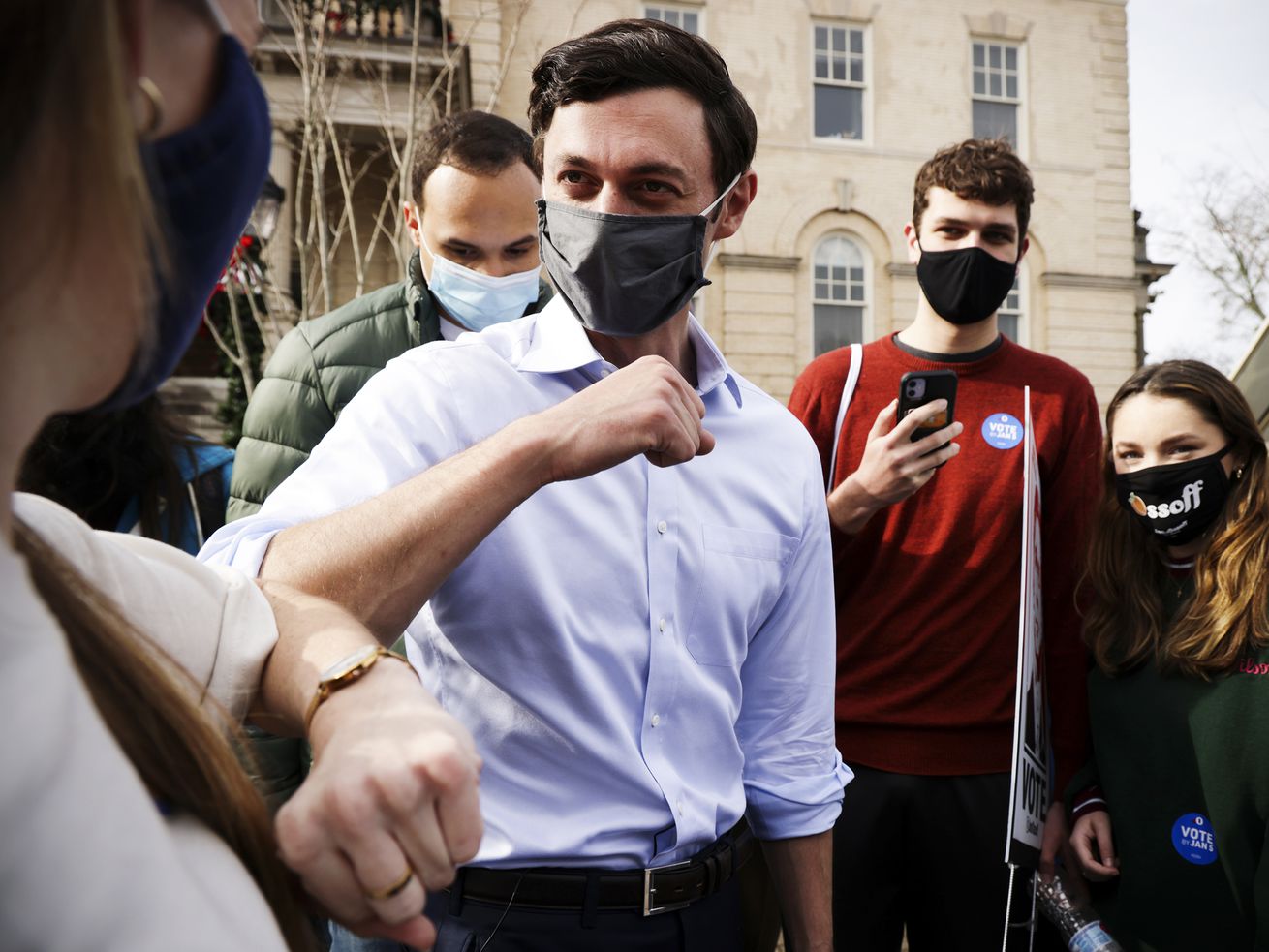 Ossoff’s win in Georgia is crucial for Democrats.

Democrat Jon Ossoff has won a Georgia Senate seat, beating Republican David Perdue in one of the state’s pivotal runoffs on Tuesday.

The race was called by Vox’s elections partner Decision Desk at 2:14 am ET.

Ossoff is a former investigative journalist who ran for Congress in Georgia’s Sixth Congressional District in 2017, narrowly losing to Republican Karen Handel in a runoff. Few elections experts in Georgia predicted he would beat Perdue, given the Democrat fell about 88,000 votes behind Perdue in November. Ossoff’s win two months later suggests higher enthusiasm for Democratic candidates and weaker enthusiasm for Republicans.

Ossoff and Warnock’s victories come on the heels of President-elect Joe Biden being the first Democratic presidential candidate to win Georgia since 1992. House Democrats also flipped their only GOP-held district of 2020 in Georgia’s Seventh Congressional District, in Atlanta’s suburbs.

These big wins for Democrats signify a shift in Georgia’s diversifying electorate.

“The state is becoming younger and more diverse every day,” Ossoff told Vox in an interview this fall. “The investment in Democratic infrastructure over the last decade has been massive.”

Ossoff’s win is also a firm rebuke of President Donald Trump in a Senate race that the outgoing president made largely about him and his November loss in Georgia. Ossoff’s Republican opponent, Perdue, was one of Trump’s earliest allies in the Senate, and a staunch defender of the president after the November 3 election. Perdue and fellow Republican Sen. Kelly Loeffler backed Trump in his battle with Georgia Republican state officials, counting on the president’s support in the state to power them to victory.

Joe Biden may have won the presidency on November 3, but he doesn’t have much chance to deliver on the bold agenda he’s proposed without buy-in from Congress.

Biden is entering office facing multiple crises: The Covid-19 pandemic is worsening in the US even as vaccines start to be delivered across the country, and there are still millions out of work due to coronavirus-related layoffs. After months of partisan gridlock, Congress managed to pass a $900 billion economic relief package before the new year. Biden has said he wants more economic stimulus, but whether a future package can pass will largely be determined by which party controls the Senate.

“The power is literally in your hands. Unlike any time in my career, one state can chart the course — not just for the next four years, but for the next generation,” Biden said at a Monday rally in support of Ossoff and Warnock.

Even with this victory, Democrats will have to contend with Senate Republicans. Securing both Georgia seats gives Democrats 50 seats in the Senate, plus Vice President-elect Kamala Harris serving as a crucial tie-breaker for simple majority votes. The catch is that most bills need to clear a 60-vote supermajority in the Senate. Therefore, even if Democrats have control of the Senate, they will generally need around 10 Republican votes to get things done.

Passing Democratic bills will be extremely difficult in a 50-50 Senate. It will be tough to even pass broad bipartisan bills. But winning Georgia’s seats is the only thing that guarantees that Democrats — rather than McConnell — will have a say on which bills come to the Senate floor for debate. It would also give them the ability to more easily confirm Biden’s Cabinet picks, or his nominees to the federal judiciary and US Supreme Court.

Ossoff’s win in Georgia ensures Democrats can at least count on that razor-thin Senate majority.