Pence Faces His Most Challenging Trump Loyalty Test Yet 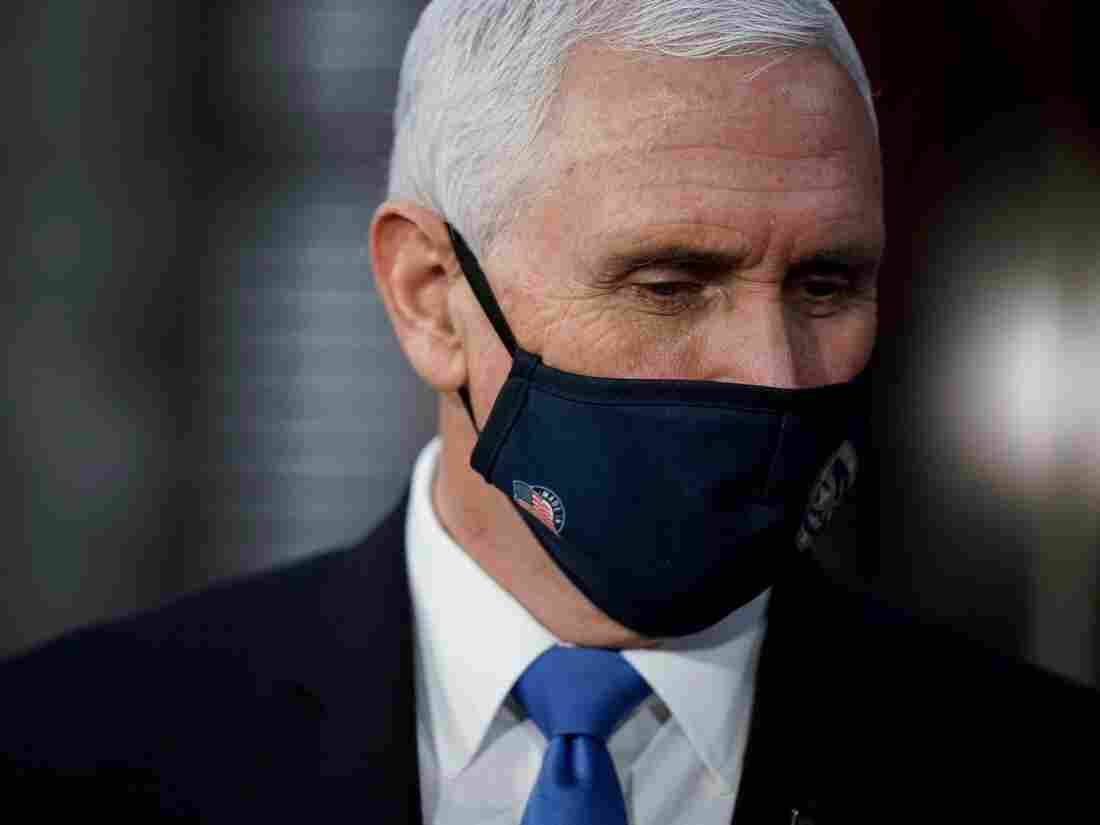 Vice President Pence is under pressure from President Trump to reject the Electoral College results in a ceremony where he is constitutionally bound to announce that President-elect Joe Biden won. 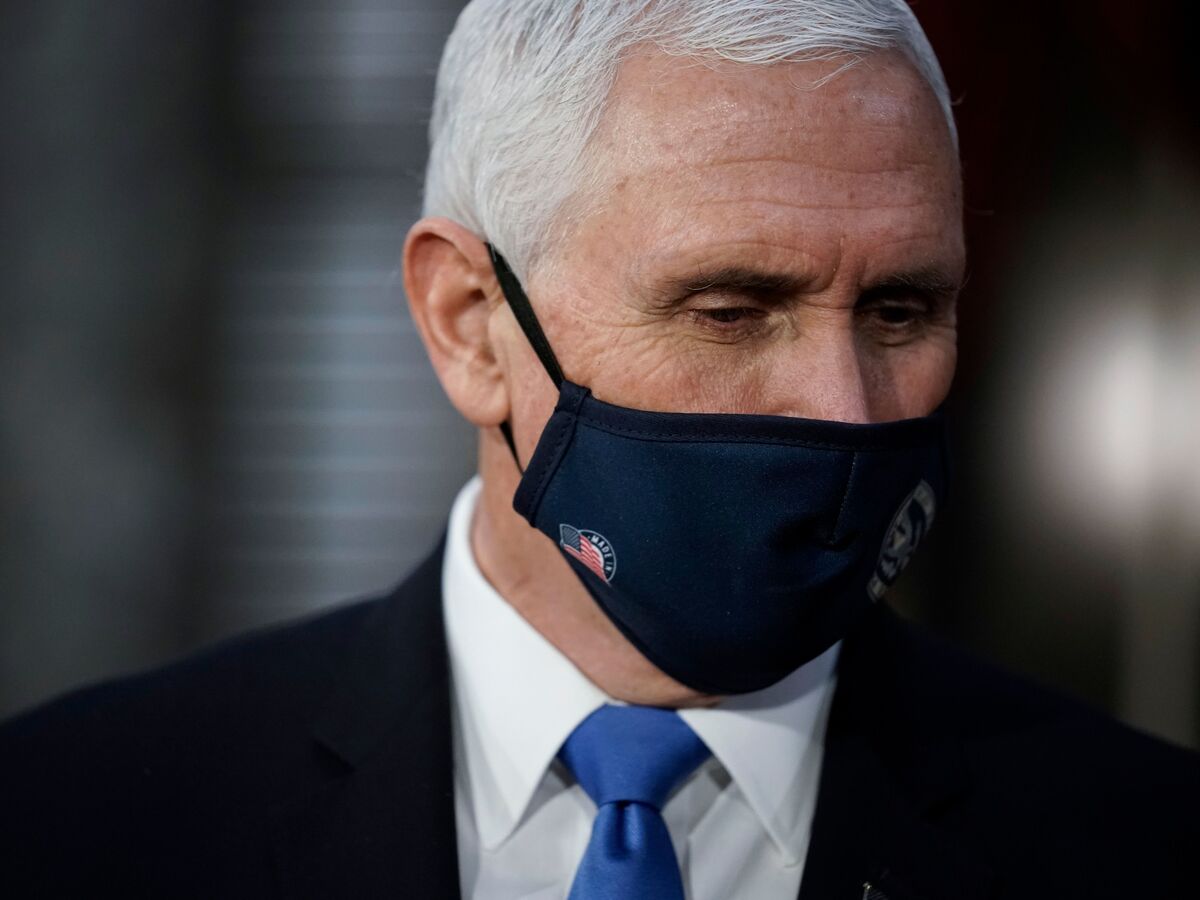 Vice President Pence is under pressure from President Trump to reject the Electoral College results in a ceremony where he is constitutionally bound to announce that President-elect Joe Biden won.

For a vice president who has navigated service to a mercurial president with praise and public acts of loyalty, Vice President Pence faces the ultimate challenge on Wednesday. He will preside over a joint session of Congress that will make official Joe Biden’s election — and President Trump’s loss.

Trump has publicly lobbied Pence to reject the Electoral College results or otherwise reverse the Nov. 3 election outcome. But the vice president’s role in the session is a ceremonial one: As the president of the Senate, his actions are prescribed by law and the Constitution.

“I don’t think that Vice President Pence has any significant discretion in what he does,” said Joel Goldstein, an emeritus professor of law at St. Louis University and an expert in the vice presidency. “The Constitution assigns him a very modest role.”

That’s not how Trump has described it.

“I hope Mike Pence comes through for us,” Trump said at a campaign rally in Georgia on Monday night, where he repeatedly and falsely claimed he had won the election. “If he doesn’t come through, I won’t like him quite as much,” Trump said.

Trump added that “Mike is a great guy” who would “have a lot to say about it” and “call it straight.”

It’s not clear what Trump meant, but he followed it up Tuesday with a tweet, further pressuring Pence with a false assertion that the vice president has the power to reject electors. He doesn’t.

The Vice President has the power to reject fraudulently chosen electors.

And on Wednesday morning, after Democrats beat Republicans in one Senate runoff election in Georgia and were ahead in the second, Trump followed up with another tweeted prod to his vice president to show “extreme courage,” which Twitter promptly flagged for its disputed claims.

States want to correct their votes, which they now know were based on irregularities and fraud, plus corrupt process never received legislative approval. All Mike Pence has to do is send them back to the States, AND WE WIN. Do it Mike, this is a time for extreme courage!

An administration official told NPR that Pence “intends to follow the law and uphold the Constitution.” The official, who was not authorized to speak on the record to reporters, said Pence has consulted his general counsel, his chief of staff and the Senate’s parliamentarian.

“The VP has taken a pretty diligent and studious approach to how he prepares for [Wednesday’s] proceedings,” the official said. The official said Pence, a lawyer by training, had also read legal opinions on the matter and had studied the Electoral Count Act, and the 12th Amendment of the Constitution, which establish how the electoral votes are counted.

Monday evening, after The New York Times reported that Pence told Trump he doesn’t have the power to change the election result, Trump released a statement calling the report false. He said he and Pence “are in total agreement that the Vice President has the power to act.”

Trump’s public lobbying and denial of the election outcome — and the anger he has directed at Republicans who have rejected his assertions — put Pence in an unenviable and unprecedented bind.

“Vice President Pence is between the Constitution and President Trump,” Goldstein said. “He finds himself in a situation where the president is articulating unfounded and unrealistic and simply wrong expectations of his role, and it’s a very unforgiving president.”

During his four years in office, Pence has mastered the art of standing by the president without standing by his words, of conveniently shrinking from view when he’d rather not answer questions about something Trump has said or tweeted, of looking off into the middle distance, expressionless as the president says something extreme, or outlandish or obviously wrong, of praising Trump for saying something the president has never actually said, at least not in public.

So, when Trump first started claiming he had won the election when he hadn’t, Pence tweeted a message that never directly addressed the president’s falsehood, or repeated them.

And earlier this week, campaigning in Georgia, Pence walked a careful line.

“I share the concerns of millions of Americans about voting irregularities,” Pence said. “And I promise you, come this Wednesday, we’ll have our day in Congress. We’ll hear the objections. We’ll hear the evidence.”

And that’s true: Republican members of the House and Senate do plan to raise objections, and there will be debate. In the end, though, Biden’s election will be finalized. There are more than enough Democrats and Republicans in both chambers to overrule the objections. Pence’s role isn’t to act as a judge or jury. He essentially just reads the results, as vice presidents have before him — though in his rally speech, Pence stopped short of explaining that, and instead moved on to encourage people to vote in Georgia’s Senate runoffs.

But this isn’t about Pence, argues Mike DuHaime, a Republican political strategist. This, he said, is about Trump putting a spotlight on Pence over something that should just be ceremonial, passing quietly without much notice.

“Mike Pence was incredibly loyal for four years, plus the campaign before that, really did anything the president asked, even at times where it was probably very difficult for Mike Pence,” DuHaime said.

With Trump “you’re only as good as the next loyalty test,” DuHaime said. “You have to be perfect 100% of the time or you are going to suffer the wrath.”

And that could be a problem for Pence, who is often talked about as a potential 2024 presidential contender, if Trump doesn’t run. If Trump ends up turning on Pence or doesn’t publicly forgive him, then there are people in the Trump base who will never forgive Pence either, DuHaime said.

Goldstein, though, said there are longer-term stakes at play, arguing that Pence will be remembered favorably for following the law and the Constitution.

“If people don’t like you because you refused to break the law or you insisted on telling the truth or following your constitutional and legal duty — shame on them, not shame on you,” Goldstein said.

Source: Pence Faces His Most Challenging Trump Loyalty Test Yet