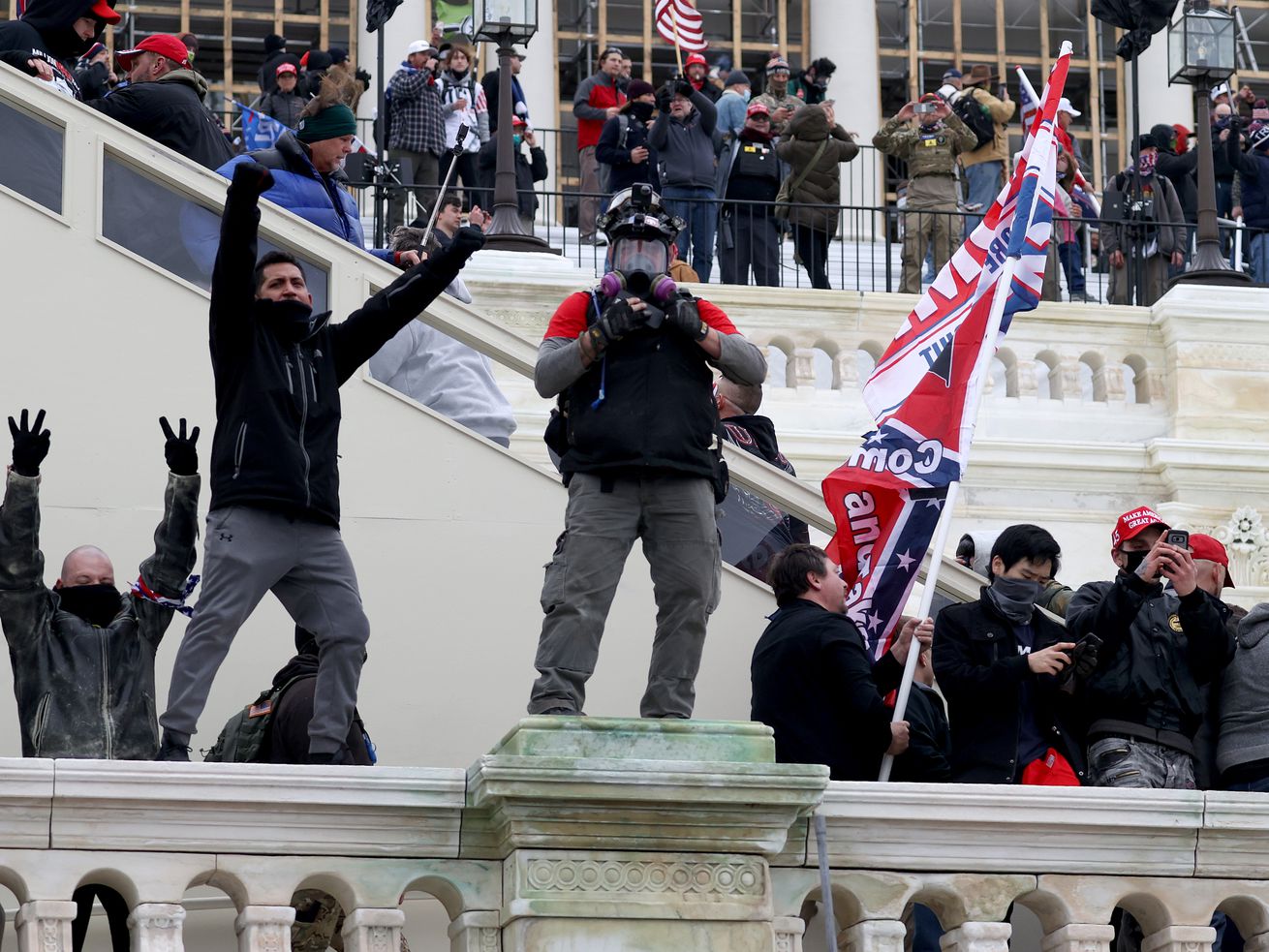 Trump loyalists gather on the US Capitol building on January 6, 2021, in Washington, DC.  | Tasos Katopodis/Getty Images

In a video that was framed as a call for the mob to “go home,” Trump proclaimed his love for the rioters.

On Wednesday afternoon, as a mob of his supporters surrounded the US Capitol — and as Capitol police struggled to clear some of the insurrectionists from inside the Capitol itself — President Donald Trump tweeted out a video that was ostensibly a call for his supporters to “go home,” but that doubled down on his lies that the election was stolen.

Trump began the brief, one-minute video by expressing solidarity with the mob and repeating widely debunked lies about the election that he lost in November — lies that fueled the insurrection in the first place.

“I know your pain. I know you’re hurt,” Trump began. He then falsely claimed, “We had an election that was stolen from us.” Only after lying about the election result and falsely suggesting that he won in a “landslide” did Trump tell his supporters, “You have to go home now.”

He also told the rioters, “We love you, you’re very special.”

None of Trump’s claims about election fraud is true. In reality, Trump’s lawyers have repeatedly made their case that the election was “stolen” to multiple courts, and numerous judges — including some of Trump’s own appointees — have rejected those claims. Christopher Krebs, who led the Department of Homeland Security’s Cybersecurity and Infrastructure Security Agency, said that the November election was “the most secure in American history.” Even former Attorney General Bill Barr rejected Trump’s claims that there was widespread voter fraud in 2020.

Shortly before Trump posted the video, President-elect Joe Biden addressed the nation. In his speech, Biden urged Trump to “go on national television now to fulfill his oath and defend the Constitution and demand an end to this siege.”

Trump did half-heartedly urge his followers to go home, but the video only amplified the lies that sparked the violence to begin with.

Source: Trump responds to Capitol riots by doubling down on his stolen election lie