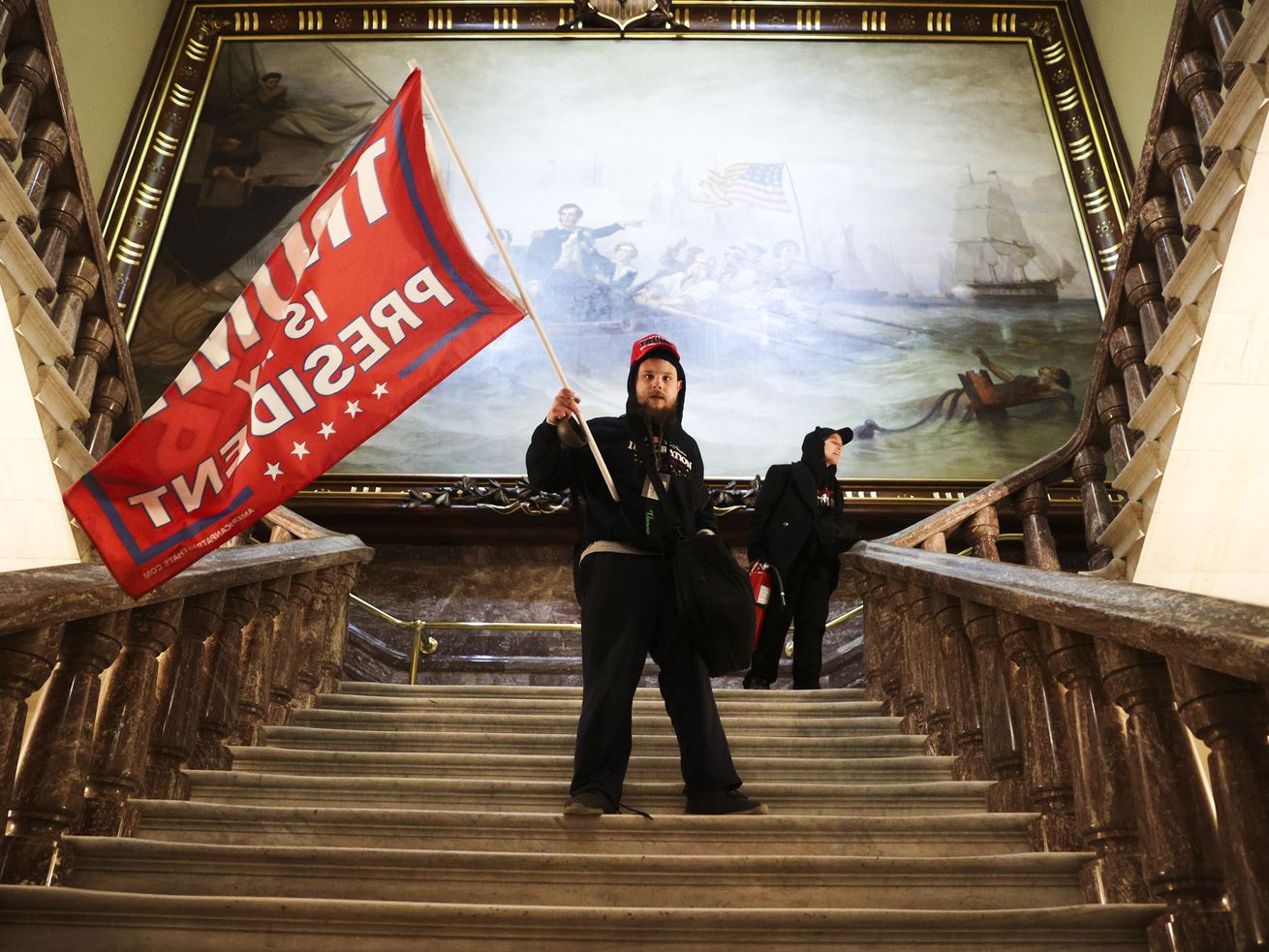 A protester holds a Trump flag inside the US Capitol Building near the Senate Chamber on January 6. | Win McNamee/Getty Images

At least one person was shot as Trump supporters swarmed the Capitol building, disrupting Joe Biden’s certification as president.

Even after a mob of President Trump’s supporters stormed the US Capitol, forcing the evacuations of lawmakers and creating a melée that injured multiple people, the president is continuing to insist that the election he lost was stolen. He told the people attacking the Capitol to go home — but immediately added that “we love you, you’re very special.”

“We had an election that was stolen from us,” the president said in a video message on his Twitter account. “It was a landslide election and everybody knows it, especially the other side, but you have to go home now. We have to have peace. We have to have law and order.”

He concluded: “We love you. You’re very special. … But go home and go home in peace.”

The chaos began at a Wednesday rally calling on Congress to overturn the results of the 2020 presidential election. President Trump himself spoke; afterward, protesters stormed the Capitol building — overwhelming the Capitol police and entering the building itself.

According to reporters and photos and video from the scene, officers drew their guns on protesters while members of Congress hid under their seats. DC Emergency Medical Services says at least one person is in critical condition after being shot, and at least five have been moved to the hospital.

Members of Congress have been evacuated and are currently at an undisclosed location. 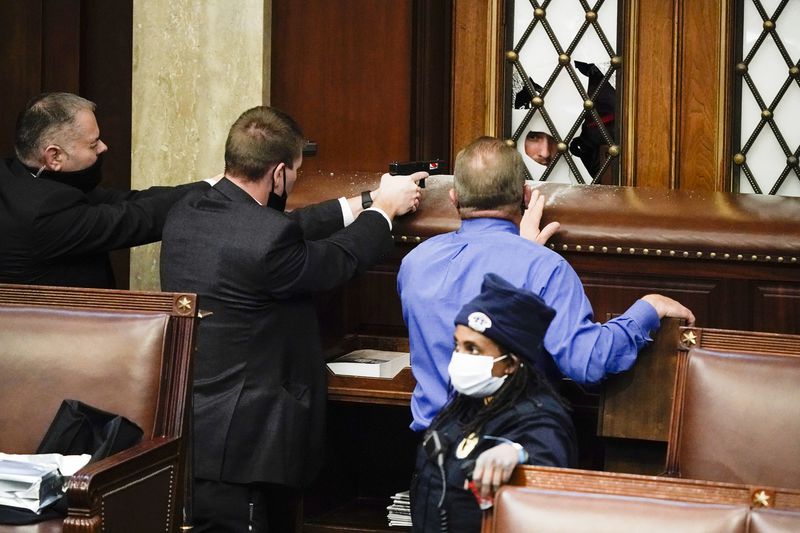 J. Scott Applewhite/AP
Police with guns drawn watch as protesters try to break into the House Chamber at the US Capitol.

Though some have labeled this a “coup” attempt, the protesters will not topple the US government and do not appear to be trying to do so in any permanent way. They have, however, succeeded in one of their aims — temporarily disrupting the congressional certification of the 2020 election results, preventing former Vice President Joe Biden from completing one of the final steps toward becoming president.

“Protesters are in the building” — the Senate is abrupt brought into recess pic.twitter.com/33m8Sht4Sm

These dramatic events are still ongoing. Things could stabilize, or they could get a whole lot worse. What follows is a rundown of what we know on the events.

How the chaos began

Thousands of Trump supporters gathered in Washington, DC, for what Trump dubbed a “Save America Rally,” a two-day protest meant to demonstrate support for the disproven conspiracy theory that widespread fraud marred the 2020 presidential election — and that Trump, rather than Biden, is the rightful winner of that contest.

Trump himself addressed a crowd of several thousand rally attendees near the White House on Wednesday, and encouraged them to take their protest to the Capitol following his remarks.

However, several hundred of the supporters did not wait that long and began to march to the Capitol area before the conclusion of the president’s speech. 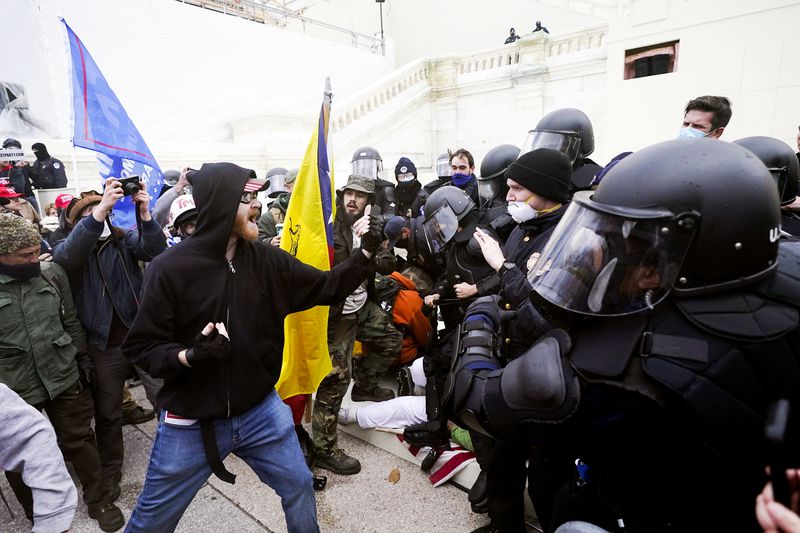 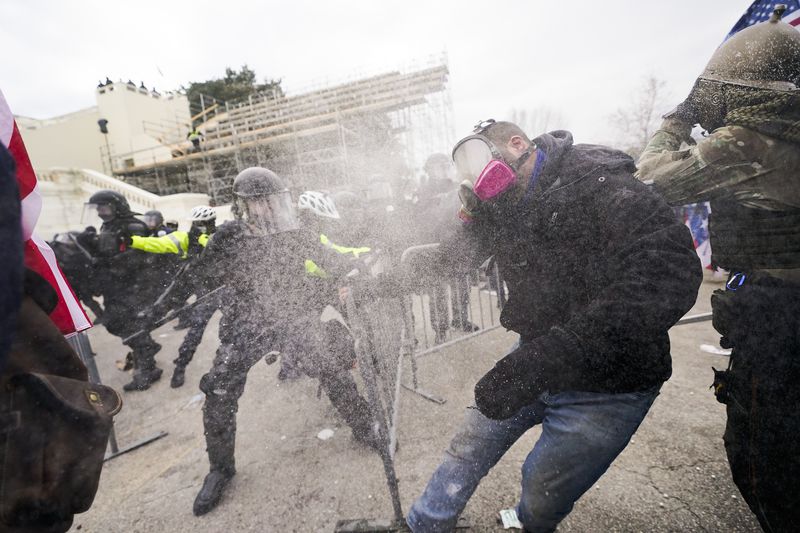 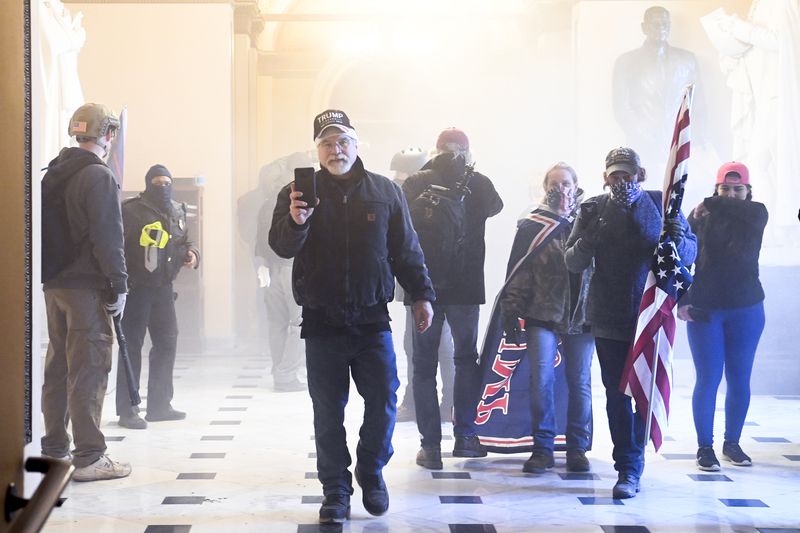 The Washington Post’s Rebecca Tan reported that the Trump supporters were met with barricades, which they destroyed. They proceeded to fight with police, according to the Huffington Post’s Philip Lewis, who shared video of police working to reestablish control as Trump supporters shouted at them, with several appearing to tell various officers they were “fucking traitor[s].”

Hundreds of Trump supporters have stormed the barricades at the back of the Capitol and are marching toward the building. pic.twitter.com/68nB7QyiP9

Prior to the congressional evacuation, several nearby federal buildings, including the Library of Congress, were reportedly evacuated.

Eventually, the police couldn’t contain the protesters, who broke into the Capitol itself — and things got scarier.

What happened inside the Capitol

As lawmakers and others were moved to safety, protesters continued to fight police, according to the Huffington Post’s Igor Bobic, who reported that as altercations subsided, there was a “Confederate flag flying outside the Senate chamber.”

Police officers are holding them steps away from the Senate chamber, which is locked. Senators are inside. I see a few confederate flags. pic.twitter.com/YI7X7KmuUG

Lawmakers responded to the protest — and to the battles with police — with disbelief; Rep. Haley Stevens (D-MI) tweeted, “I’m sheltering in place in my office. The building next door has been evacuated. I can’t believe I have to write this.”

Until the mob interrupted proceedings, both house of Congress were locked in intense debate over the election. GOP lawmakers issued their first of several planned challenges to the election results, claiming there were irregularities with Arizona’s vote count. These claims have been repeatedly debunked and had no chance of overturning the election.

The protests did what lawmakers couldn’t: stopped (at least temporarily) progress toward Biden’s inevitable certification. But in the process, they clashed with Capitol police — producing truly alarming scenes of police drawing their guns while legislators take cover under their seats. Getty Images
The scene inside the Capitol as protestors breach the House chamber.

Congress will reconvene; members are looking to finish their proceedings from the new location.

I am safe. Thanks so many for asking. Senators have been evacuated to a nearby building. Waiting for Capitol Police to retake Capitol and restore order.

Federal agents and nearby National Guard from Virginia are being deployed to restore order:

The Virginia National Guard and 200 state troopers are being sent to DC, per a top Va official.

The insurrection will almost certainly not stop Biden from becoming president. But it will have permanent consequences — for the person shot in the chaos, currently in critical condition, whose identity has yet to be released.

Source: Trump supporters storm the US Capitol: The latest