Florida’s Marco Rubio might be the most talented senator out there when it comes to self-owning on Twitter. He’s been dragged on many occasions, including his complaint that the gun control debate has “infected” the younger generation, for “honoring” the late John Lewis with a photo of Elijah Cummings, and for pearl-clutching over an incoming Biden staffer calling the GOP “f*ckers.” Well, people realized that Rubio is, in fact, upset about negative replies when he shut them off earlier this week. He was blasted as “spineless” for doing it, so he reactivated his replies on Friday and was immediately dragged over what he posted about the MAGA coup.

One can hardly be surprised at a few things here: (1) An elected official limiting the ways that people (including his own constituents) can talk to him is not a great look, so people were prone to pounce on him once they could reply; (2) The content of the video Rubio posted is antagonistic, even though Rubio maintains a calm demeanor during his 4-minute speech. He denounced the riot at the Capitol but didn’t call out Trump or colleagues Ted Cruz and Josh Hawley. Instead, Rubio decried a “double standard” in how the left is allowed to protest, so he’s refusing to see the difference between protests and a riot that left five people, including a police officer, dead. He also blamed the media, along with “political correctness and social media censorship and identity politics and this cult of wokeness.” And he called for reflection while noting that the GOP’s in a deflated state in 2021:

“For those of us on the center right of American politics, now is the time that calls for honest reflection. It wasn’t long ago that we controlled the House, the Senate, and and four years later, we’ve lost all three. We need to reflect on why this is happening. Because this country needs a viable and attractive alternative to the agenda of the radical left.”

The video did not go over well. After only one hour, Rubio got ratio’ed, meaning that people had piled on with a greater number of replies than likes or retweets. 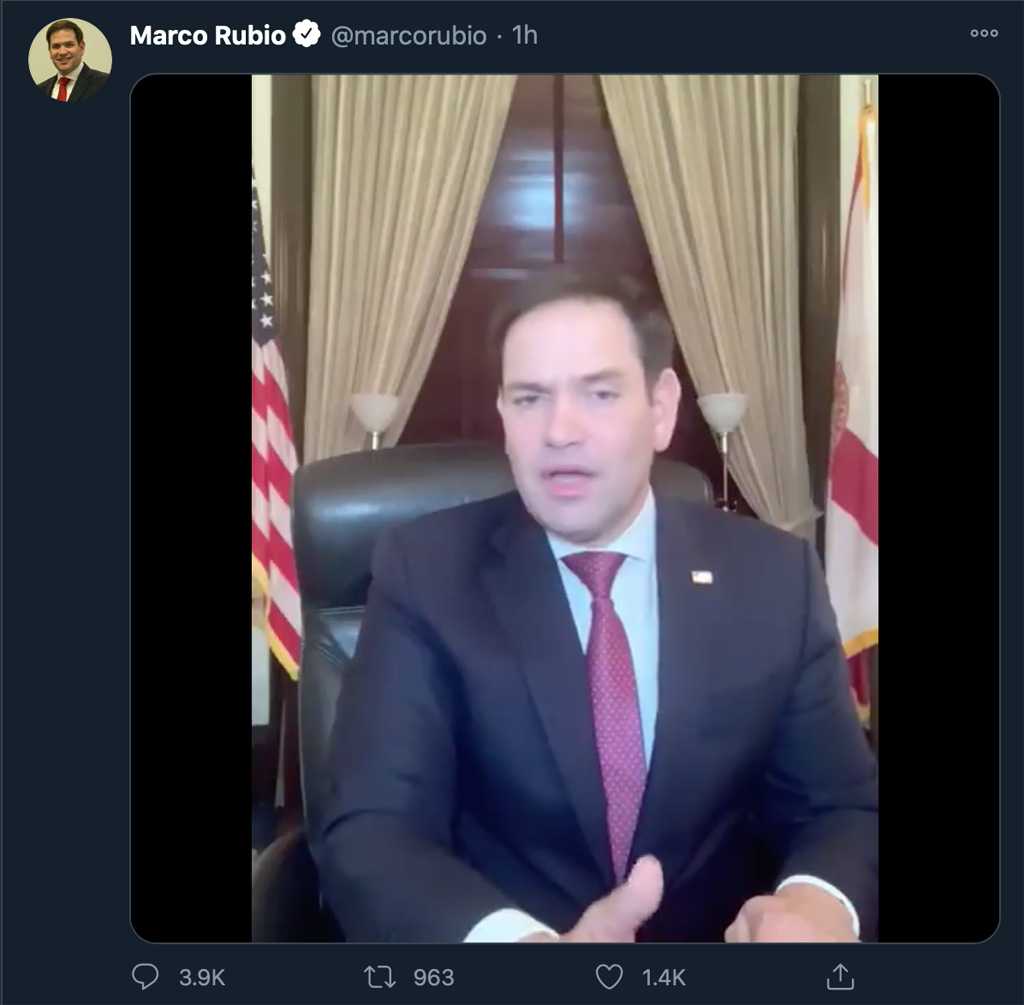 Rubio’s “meditation” on the state of the GOP clearly missed its mark. Actually, it’s not clear where he was aiming, since people are extremely upset with his inability to recognize that BLM protests go quite differently than MAGA coup attempts. And some are calling for Rubio to resign after enabling Trump for four years.

Senator, you don’t see any nuance between broken retail windows and invasion of the U.S. Capitol by people who destroyed irreplaceable marble and historic artifacts, compromised computers, stole property from members of Congress and placed bombs–BOMBS–in the nation’s capital?

Imagine equating vandalizing a Target with a violent insurrection at the United States Capitol that left a Capitol Police officer dead.

And no, BLM protests aren’t the same as sieging Congress, making pipe-bombs, and trying to violently overthrow the government.

You need to stop inciting separatism! There is no left or right. These are the United States with one people! And on November 3rd elected a President. May not have been your choice but the choice was made anyway. When you lose your seat are you going to refuse to vacate?

Which cities burned? I can’t find any evidence of burning cities during the summer.Only Spineless Marco would equate police brutality protests with white supremacists being invited to lay siege to the Capitol by Donald tRUmp.

You’ve enabled Trump in the last 4 years. It’s on you.

Source: Marco Rubio Reactivated His Twitter Replies And Immediately Got Raked Over The Coals For Blaming Everyone But The GOP For The GOP’s Current State