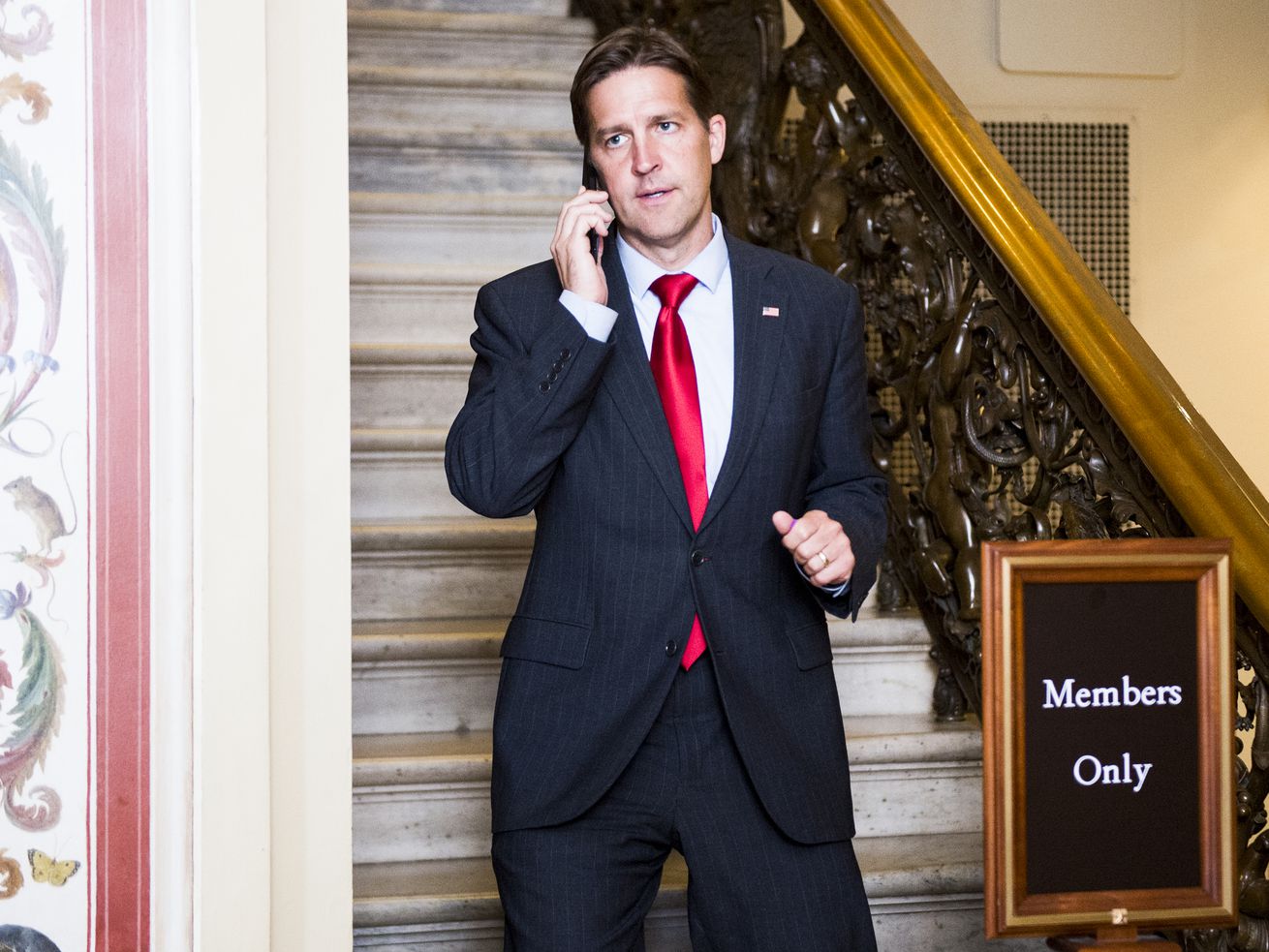 Sen. Ben Sasse said that, according to senior White House officials, Trump was “confused” why others weren’t as excited.

How did President Donald Trump react to the chaotic scene in which his supporters stormed the Capitol as Congress was preparing to formally approve President-elect Joe Biden’s win — a scene that eventually left five people dead?

One Republican senator who says he’s been in touch with senior White House aides about the matter claims the president was “delighted.”

“I don’t have any idea what was in his heart about what he wanted to happen once they were in the Capitol, but he wanted there to be chaos,” Sen. Ben Sasse (R-NE) said, during an interview with conservative radio host Hugh Hewitt Friday morning.

“And I’m sure you’ve also had conversations with other senior White House officials, as I have,” Sasse continued. “As this was unfolding on television, Donald Trump was walking around the White House confused about why other people on his team weren’t as excited as he was as you had rioters pushing against Capitol Police trying to get into the building.”

Sasse added: “He was delighted.”

This account generally coincides with other reporting, sourced to anonymous White House aides, about how Trump responded to his supporters’ actions, and why he took so long to tell them to “go home.” (Though an adviser who spoke to New York magazine’s Olivia Nuzzi said that Trump disliked the optics of the mob, viewing them as “low class.”)

In a separate interview on CBS Friday, Sasse became the first Republican senator to say that he would “consider” voting to remove President Trump from office if House Democrats impeached him — though he didn’t fully commit to doing so. (House Democrats seem increasingly likely to impeach Trump for a second time and may do so next week.)

Impeachment, it’s not just Democrats. Sen. Ben Sasse (R-NE) says if the House pursues impeachment he will “definitely consider whatever articles they might move because I believe the president has disregarded his oath of office … What he did was wicked.” pic.twitter.com/PT3U0GnSwh

When Hewitt asked about impeachment, Sasse said there was a very important issue he wanted to get to the bottom of: why the National Guard wasn’t deployed more quickly to help restore order.

“That’s what I’ve been working on last night and this morning. I want to understand more about why the National Guard wasn’t deployed when there had been clear calls for it, and then why that delay happened. So there are more things that I need to understand before I get to a conclusory judgment about that,” Sasse said. “But I think that the question of, ‘Was the president derelict in his duty,’ that’s not an open question. He was.”

Sasse, who criticized Trump frequently during the 2016 campaign, stayed mostly quiet about the criticisms he had for most of Trump’s presidency. But in recent months he’s scathingly rebutted Trump’s efforts to overturn the results of the election, calling them a “loaded gun” pointed “at the heart of legitimate self-government.” Those words proved prophetic as Trump supporters egged on by the president’s lies and conspiracy theories forced their way into the Capitol Wednesday.

You can read a transcript of Sasse’s full interview with Hewitt at this link.