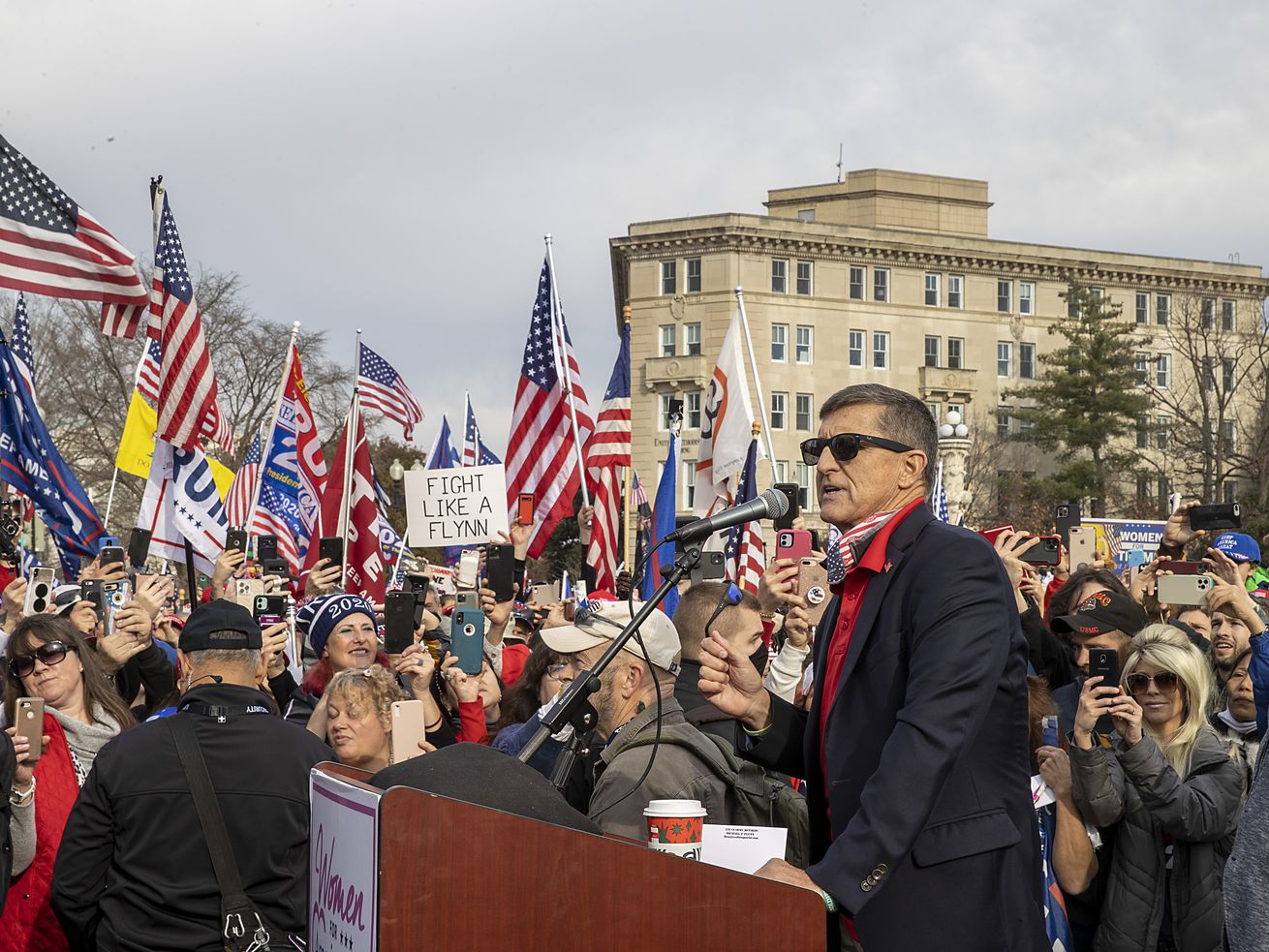 After banning Trump, Twitter turned towards tamping down on the dangerous conspiracy theory.

The suspensions came as Twitter also purged thousands of QAnon accounts after followers of the conspiracy theory featured prominently in Wednesday’s violent takeover of the US Capitol.

The company then played a game of virtual whack-a-mole by banning several accounts that Trump appeared to take over, apparently in an attempt to evade his ban. Among the accounts Trump tried to access himself were @TeamTrump, as well as the account of campaign staffer Gary Coby.

Twitter had long hesitated to ban the president, despite repeated violations of the company’s terms of service, simply because Trump was president and his tweets were newsworthy. But his role in encouraging Wednesday’s storming of the US Capitol that left at least five dead, including Capitol Hill Police officer Brian Sicknick, the company finally took action.

Several Republican lawmakers and conservative media figures were quick to react with outrage over the president’s ban, with Sen. Lindsey Graham (R-SC) calling it a “serious mistake,” the same day he called for Democrats to “heal” and “move on” from Wednesday’s violent insurrection at the Capitol.

“The Ayatollah can tweet, but Trump can’t,” Graham tweeted. “Says a lot about the people who run Twitter.”

Twitter may ban me for this but I willingly accept that fate: Your decision to permanently ban President Trump is a serious mistake. The Ayatollah can tweet, but Trump can’t. Says a lot about the people who run Twitter.

The mass bannings kicked off a panic among conservative commentators, with several calling for nationalizing social media companies to defend their right post hateful or potentially violent rhetoric under the First Amendment. However, the constitution doesn’t protect the right to incite violence.

The first amendment also doesn’t apply to private entities like social media and tech companies, a situation which was affirmed in 2019 in a US Supreme Court decision written by Justice Brett Kavanaugh.

Other conservatives implored their followers to use Twitter alternatives such as Parler, an ultraconservative social media site that claims to offer unfettered free speech protections while frequently banning liberal dissenters and trolls. However, those plans were deeply hindered Friday when Google decided to remove Parler from its app store.

“We’re aware of continued posting in the Parler app that seeks to incite ongoing violence in the US,” the company told The Verge. “We recognize that there can be reasonable debate about content policies and that it can be difficult for apps to immediately remove all violative content, but for us to distribute an app through Google Play, we do require that apps implement robust moderation for egregious content. In light of this ongoing and urgent public safety threat, we are suspending the app’s listings from the Play Store until it addresses these issues.”

Additionally, Apple issued a final warning to Parler Friday, indicating that it would also end distribution of the platform’s app through its app store if it didn’t immediately address its problem with violent incitement. Vox confirmed that Parler was still available on the Apple App Store as of Saturday morning.

The tech company moves against the accounts of the president and QAnon come as Republicans lawmakers have threatened to repeal Section 230, which allows companies to self-police their own platforms as they see fit, in response to what conservatives perceive as censorship of conservative views. In reality, social media companies have struggled with applying their standards to conservative lawmakers, who sometimes spread wild lies and conspiracy theories on their platforms.

Source: Twitter purged thousands of QAnon-spreading accounts, including some of the conspiracy’s most prominent backers