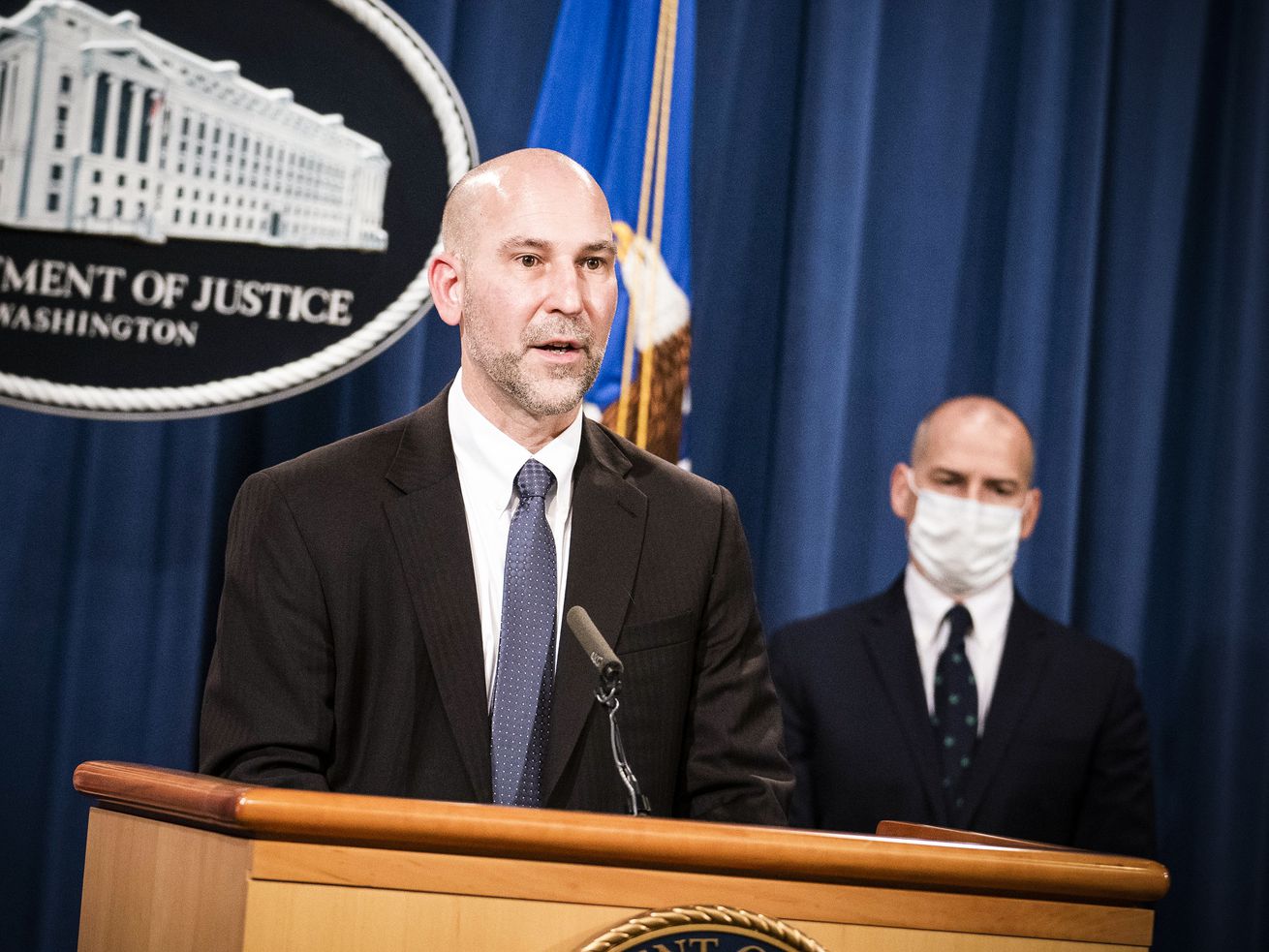 The FBI and Justice Department promised an aggressive response Tuesday, even as questions remain.

“The brutality the American people watched with shock and disbelief on the 6th will not be tolerated by the FBI.”

That was the message delivered by Steven D’Antuono, assistant director in charge of the bureau’s Washington field office, and seconded by acting US Attorney Michael Sherwin, in a press conference Tuesday on investigations into the storming of the US Capitol on January 6.

Held six days after the riot that left multiple people dead, interrupted the certification of the 2020 election results, and broke the country’s centuries-long tradition of a peaceful transfer of power, the press conference stood in stark contrast to public comments by President Trump, who on Tuesday visited Texas to tout the importance of his border wall.

Officials did not answer all the questions swirling around Wednesday’s riot, deflecting inquiries from reporters about how much the FBI knew ahead of time. But when it came to what they know now and what happens next, the picture they painted was more clear.

Law enforcement officials are reviewing tips and leads including “more than 100,000 pieces of digital media” received in the wake of the riot, D’Antuono said. Meanwhile, the Justice Department has opened more than 170 case files in connection with the insurrection and charged more than 70 people, and expects both those numbers to grow into the hundreds in the days to come. And while some of those charges have been misdemeanors, opening a case allows the department to pursue more serious charges. “These are only the beginning,” Sherwin said. “This is not the end.”

Overall, the message was one of federal agencies putting their full weight behind an investigation to get to the bottom of the riot — even if they were unable to prevent it. And, some argued, their forceful statements could frustrate any future efforts by Republicans to downplay what happened at the Capitol or go easy on those responsible.

“We are treating this just like a significant international counterintelligence or counterterrorism operation,” Sherwin said. “No resource related to the FBI or US attorney’s office will be unchecked.”

After a mob of thousands gathered at the US Capitol Wednesday and some stormed the building, leading to at least five deaths, arrests were initially relatively sparse — in part because Capitol Police were apparently so unprepared for the violence that there were not enough officers to both clear the area and arrest people. But more people have been arrested in recent days as authorities continue to investigate the riot.

For example, Richard Barnett, who was photographed on January 6 with his feet up on House Speaker Nancy Pelosi’s desk, was arrested in Arkansas on Friday on charges of entering and remaining on restricted grounds, violent entry, and theft of public property, according to NBC. Adam Johnson, who was seen carrying Pelosi’s lectern, was arrested Saturday and is due in court in Washington, DC, on January 19.

And such publicly reported arrests are just the beginning, Sherwin said Tuesday. “We’re looking at significant felony cases tied to sedition and conspiracy,” he said, adding that the US attorney’s office had authorized a “strike force” of senior prosecutors to focus specifically on such cases, which could lead to prison terms of up to 20 years for those convicted.

Authorities are also investigating the pipe bombs planted at Democratic National Committee and Republican National Committee offices, and the FBI is offering a $50,000 reward for information leading to the identification of those who planted the explosives, D’Antuono said. And as for recommendations that the rioters be put on a no-fly list, “that is something we are actively looking at,” he said.

The press conference came as Americans continue to reel from the riot and wonder how Capitol Police and other law enforcement agencies could have been so unprepared for an attack on the US Capitol — especially one egged on in plain sight by Trump himself. Officials on Tuesday could not answer all of those questions. When asked by a reporter about reports that the FBI had received information about threats to the Capitol in the days before the riot, D’Antuono said only that the bureau had shared the information with law enforcement appropriately.

But whatever happened in the runup to the Capitol riot, the message on Tuesday was one of resolve: that federal agencies will stop at nothing to find and prosecute the people responsible. It was a consequential message at a time when some Republican lawmakers were issuing defiant messages denying responsibility for the events of January 6, as congressional leaders debated how and whether to hold the president accountable for his role. In the midst of this, the FBI and Justice Department appear to have drawn a line in the sand.

“This is a 24/7, full-bore investigation into what happened that day,” D’Antuono said. “The FBI has a long memory and a broad reach.”

Source: Justice Department: Recent arrests are “only the beginning” of the Capitol riot investigation