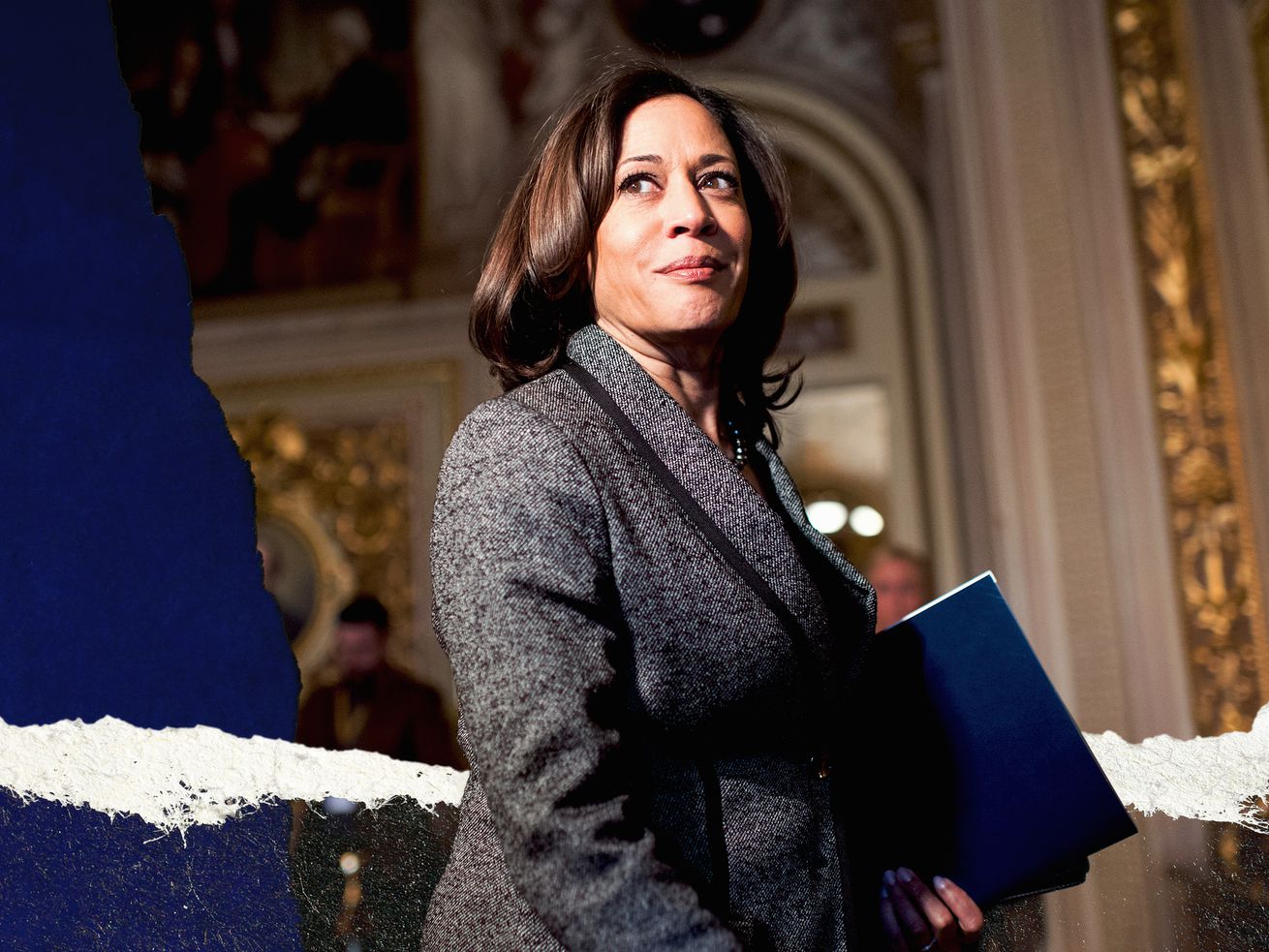 As a tiebreaker in the Senate and a close adviser to the president, Harris takes on a unique role.

With her inauguration, Vice President Kamala Harris has made history: She’s the first woman — and first Black and South Asian person — to serve in the role, and now the highest-ranking woman in US government.

But beyond these firsts, Harris is poised to have an unusual vice presidency, in large part because of the singular role she’s expected to take on.

Harris will be one of just a handful of vice presidents to preside over a 50-50 Senate, making her a pivotal tiebreaker in the upper chamber. And given her expertise as a lawmaker, she’s set to be an impactful voice as the US continues to combat ongoing public health and economic crises. President Joe Biden has also said Harris will be his top adviser — “the last person in the room” — with the ability to strongly influence White House policy. 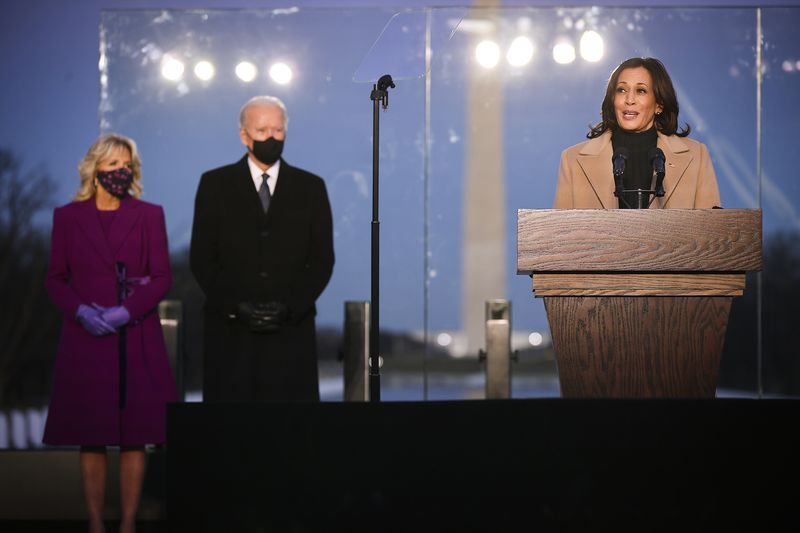 Chip Somodevilla/Getty Images
Vice President-elect Kamala Harris delivers brief remarks during a memorial service to honor the more than 400,000 Americans who have died due to the Covid-19 pandemic in front of the Lincoln Memorial on January 19.

“The way she’s approaching the vice presidency is very similar to the way Joe Biden approached the vice presidency with Barack Obama,” Harris press secretary Sabrina Singh previously told USA Today. “She’s walking into this office as a full governing partner to Joe Biden and is completely aligned and supportive of his priorities.”

In the Senate, Harris’s 51st vote could be a key one: On everything from resolutions rolling back Trump-era rules to confirmations for Cabinet nominees to legislation that’s approved via budget reconciliation, her vote may well be needed to reach a simple majority. And while breaking tie votes is nothing new for vice presidents — Mike Pence did it 13 times during his tenure — it’s typically less common, with Democrats’ incredibly narrow margins suggesting that Harris could be doing it a lot more often.

“Vice President Harris will be in a relatively unique role among modern vice presidents,” Joel Goldstein, a St. Louis University law professor and expert on the vice presidency, tells Vox. “The even division of the Senate, the polarization of the parties, and the demise of the filibuster regarding appointments means that she may have occasion to cast some important tiebreaking votes.”

Harris could be a major tiebreaker on key votes

Prior to this term, Dick Cheney was the last vice president to preside over a 50-50 Senate — though that split only lasted for a few months in 2001 before Sen. Jim Jeffords (R-VT) decided to switch parties.

At the time, Cheney only broke two ties while the Senate was divided in this way — both of which were on budget amendments.

Harris could have to do the same much more frequently, both because the Senate has grown more partisan since then and because the threshold for approving Cabinet nominees and most judges has been reduced to a simple majority.

“If there’s going to be a tie vote, it could easily come during nominations,” says George Washington University political science professor Sarah Binder.

And though Pence never presided over an evenly divided Senate, his tiebreakers could provide a glimpse into the subjects Harris may have to step in on: His vote helped confirm now-former Education Secretary Betsy DeVos, advanced multiple judges, and allowed Republicans to roll back Obama-era regulations that enabled abortion providers to receive federal grants.

In general, Harris could potentially break ties on a few types of votes:

Cabinet nominees and judges: These nominees require 51 votes to be confirmed, and depending on how much GOP support they garner, they could need a tiebreaker to move forward.

Budget resolution: A budget resolution, which could be used to pass more ambitious legislation, including more Covid-19 relief, only needs a simple majority of votes to pass — rather than 60 votes, the threshold most legislation must clear. The process for approving this measure is known as reconciliation.

Just how many times Harris may have to use this power will depend on the opposition Senate Republicans put forth on issues like Cabinet picks and efforts to use the Congressional Review Act to undo the policies of the Trump administration. One factor is how united Democrats stay across legislative priorities and nominees: Because of the Senate numbers, every Democrat in the caucus will be needed to approve pretty much anything that requires a simple majority for it to be successful.

“The two variables are the reaction of the Republicans and whether the measures on the floor can garner [moderate support],” says Binder. If Democrats can consistently hold their caucus together and peel off one or more moderate Republicans, tiebreaking may be less necessary, for instance.

And while this procedural role is one that vice presidents have long held, Democrats’ bare majority in the Senate — and the expansive goals they’d like to achieve under the Biden administration — could put a spotlight on Harris. 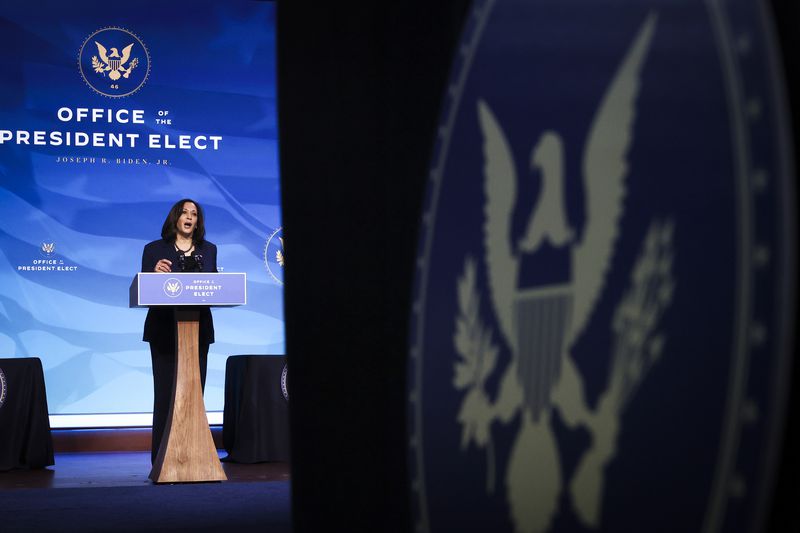 Chip Somodevilla/Getty Images
In the Senate, Harris’s 51st vote could be an impactful one: on everything from resolutions to rolling back Trump-era rules to confirmations for Cabinet nominees.

“It certainly underscores the importance that she brings to the legislative agenda and will showcase her role,” former Sen. Tom Daschle, who served as minority leader in the last 50-50 Senate, told Vox.

As a tiebreaker, the vice president’s focus is more to aid the party to get to a particular vote threshold than to shape the legislation itself — though Harris could potentially also take on the latter job.

Harris, in a recent op-ed in the San Francisco Chronicle, said she would embrace this responsibility but urged lawmakers to find common ground. “Since our nation’s founding, only 268 tie-breaking votes have been cast by a vice president. I intend to work tirelessly as your vice president, including, if necessary, fulfilling this Constitutional duty,” she wrote.

There are different policy areas that Harris could prioritize

Much of the role of the vice presidency will depend on how Biden and Harris opt to structure their partnership, and his comments so far suggest that she could be quite influential.

“Different presidents structure the responsibilities of the vice president in different ways,” former Democratic Senate staffer Jim Manley told Vox. “Both Joe Biden and Al Gore had a seat at the table for every major decision.”

Biden has spoken about being how important it was for him to be the “last person in the room” when Obama made key decisions on everything from the Recovery Act to troop withdrawals in Iraq, and he’s committed to having the same type of relationship with Harris.

“Vice presidents are only as powerful as their presidents let them be,” says Jody Baumgartner, a political science professor at Eastern Carolina University and expert on the vice presidency. This means the dynamic between the two leaders is often a deciding factor in how they coordinate governance responsibilities.

Exactly how Biden and Harris will share labor isn’t yet clear. But given Harris’s work as a senator — and her position as a tiebreaker — one role she could fill is as the administration’s liaison to Congress. When he was vice president, since he’d served in the body for decades at that point, Biden worked heavily with legislators. “Whenever [then-Senate Majority Leader Harry] Reid had a problem with Republicans, one of his phone calls he would make would be with the vice president, who had good relationships with Capitol Hill,” says Manley. 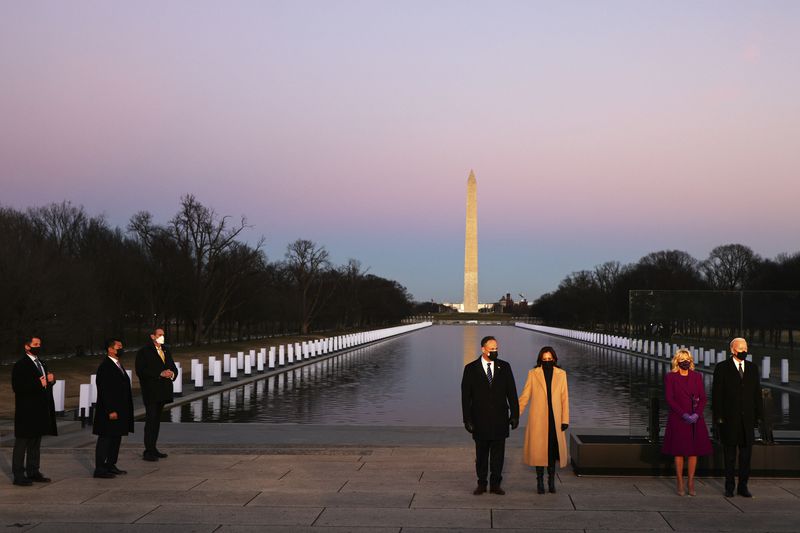 Michael M. Santiago/Getty Images
Much of the role of the vice presidency will depend on how Biden and Harris opt to structure their partnership.

Because of Biden’s background in Congress, this could be a continued focus for him as well. Harris has extensive experience she will bring on the legislative front and on specific issues. She was a leading author of the George Floyd Justice in Policing Act, the Senate’s anti-lynching measure, and the LIFT Act, which would expand tax credits for middle-class households.

During her four years as a senator, Harris served on the judiciary and intelligence committees. Before that, she spent more than two decades as a California prosecutor, both as the state’s attorney general and as San Francisco district attorney.

She comes into her new role with deep expertise and a broad skill set. And as the first Black woman and first South Asian woman in this role, she’ll also be in a position to elevate the voices of women of color on different policy subjects.

“I am interested to see whether and how her identity shapes her approach to this partnership,” Howard University political science professor Keneshia Grant told Vox. “I am hopeful that she is able to translate her lived experience at the intersection of race and gender into policies that are sensitive to the lives of everyday people.”

With her background in criminal justice reform, this could be among the areas that Harris continues to focus on, with progressives likely to keep pressuring the administration on their stances.

Spokesperson Symone Sanders previously told the Associated Press that the Biden administration hopes to take advantage of Harris’s wide-ranging expertise by having her be involved in every major issue the administration tackles. The four pillars the new administration has laid out so far to focus on are Covid-19, economic recovery, racial justice, and climate change.

“She has a voice in all of those. She has an opinion in all those areas. And it will probably get to a point where she is concentrating on some of the areas more specifically,” Sanders said. “But right now, I think what we’re faced with in this country is so big, it’s all hands on deck.”

Source: Kamala Harris is poised to be a historic — and influential — vice president