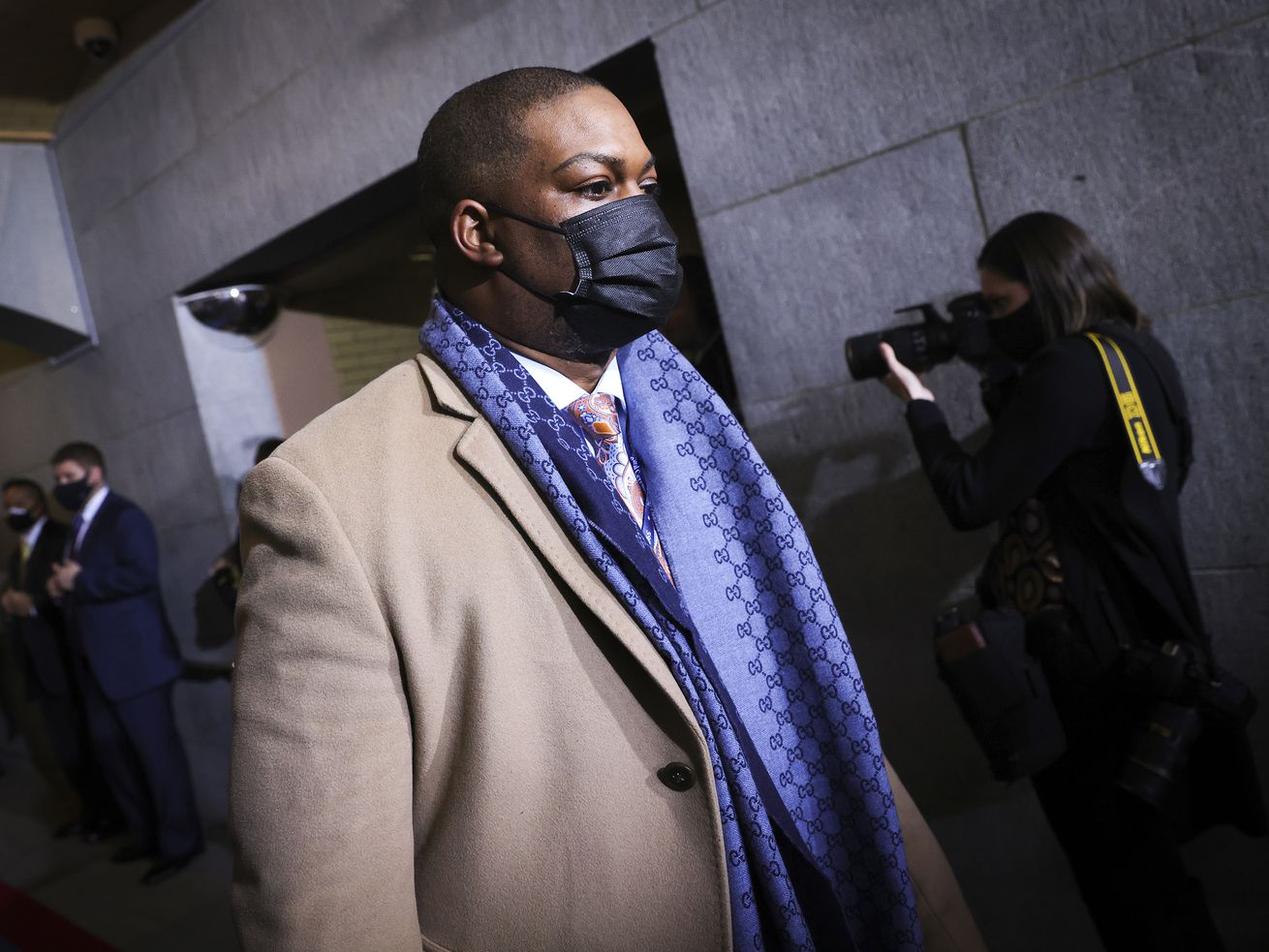 Eugene Goodman, the police officer who warded off rioters at the storming of the US Capitol, escorted Vice President-elect Kamala Harris into the inauguration ceremony. | Win McNamee/Getty Images

What a difference two weeks makes.

On January 6, Eugene Goodman, a Capitol Police officer, exhibited bravery in the face of a mob of insurrectionists storming the US Capitol. On January 20, he escorted Vice President-elect Kamala Harris into the inauguration ceremony.

Goodman, who is Black, was on the scene when mostly white rioters, who were bent on disrupting Congress’s counting of the Electoral College votes and confirming Joe Biden’s victory over Trump, breached the Capitol perimeter. HuffPost reporter Igor Bobic captured footage of Goodman tactically retreating, one man in the face of an angry mob, gradually making his way up the stairways around the Senate chamber.

Here’s the scary moment when protesters initially got into the building from the first floor and made their way outside Senate chamber. pic.twitter.com/CfVIBsgywK

Reporters at the Washington Post and elsewhere later put together details from the scene and revealed that Goodman’s composure helped Vice President Mike Pence and senators safely escape from the dangerous scene. At one point in the footage from Bobic, Goodman can be seen looking down a hallway. At the end of that hallway was an open entrance to the Senate chamber.

Pence was sequestered in a hideaway less than 100 feet away, according to the Post’s reporting. Goodman, appearing to notice the unguarded chamber entrance, starts walking the other way and pushes one of the rioters, provoking him to follow Goodman away from the Senate chamber.

Goodman, 40, is an Army veteran. According to the Post, he was “ambivalent” about his viral fame and worried about being targeted by right-wing extremists. But his heroism has nonetheless attracted much praise, including a resolution in the House to nominate him for the Congressional Gold Medal.

And on Wednesday, to applause of his own, he walked the woman who would soon become the first Black vice president of the United States into the inauguration ceremony.

Source: Cop who warded off insurrectionists at the US Capitol escorts Kamala Harris on Inauguration Day