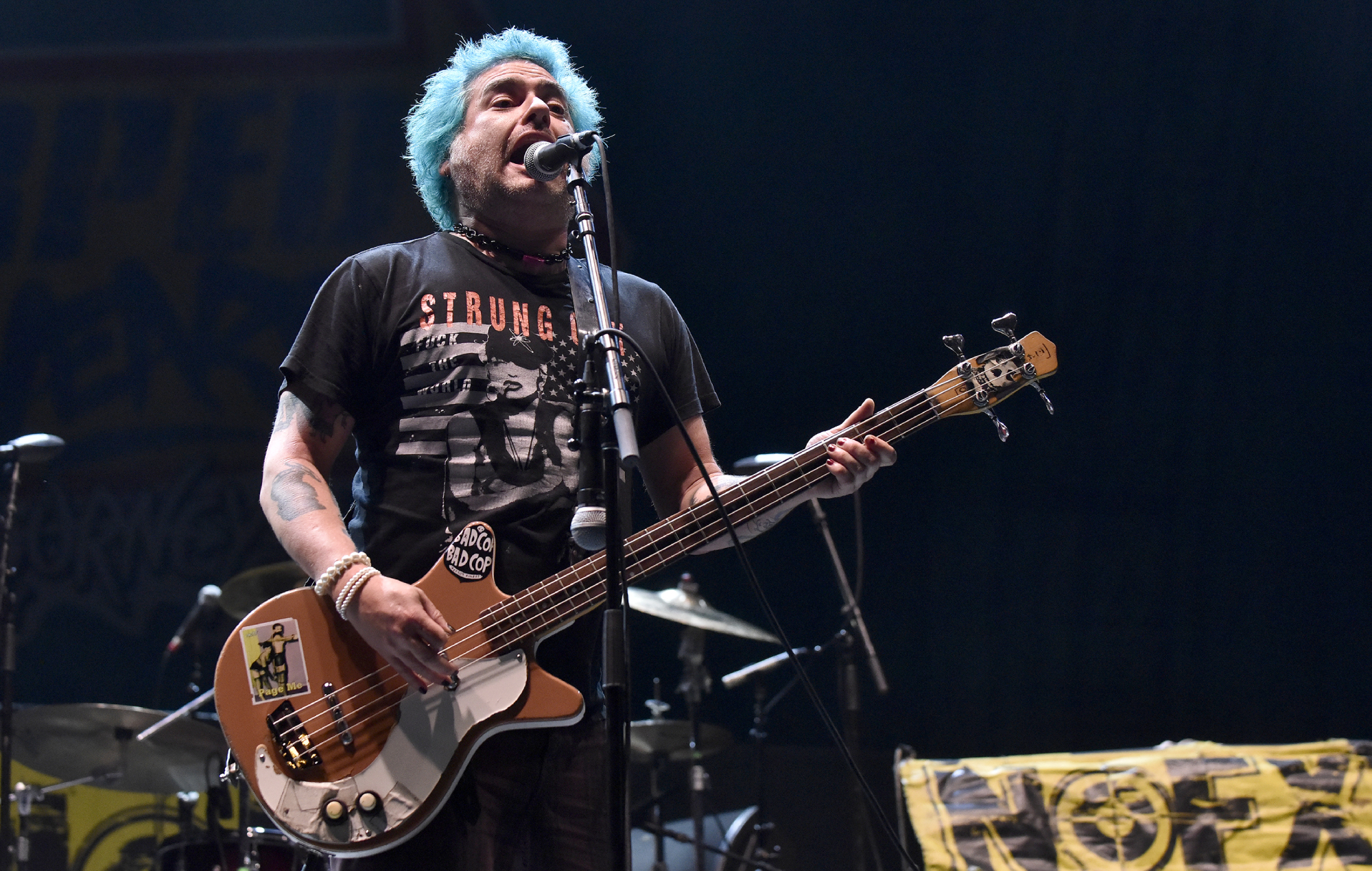 Fat Mike has offered his thoughts on the issue of racism in the US, saying that the country is “full of uneducated racist idiots”.

The NOFX frontman spoke to Kerrang! as Joe Biden was being sworn in as the 46th US president in Washington D.C. yesterday (January 20).

READ MORE: Entertainment world reacts to Joe Biden being sworn in as the 46th president of the United States

Revealing that he was “hurt” by the violence he saw from Donald Trump supporters at the US Capitol earlier this month, Mike said he “used to be scared and embarrassed by this country” as it is a “religious nation”.

“It’s a gun-toting Christian state. But what I didn’t understand was that racism is this huge,” he explained. “I knew it was there, but our country is just full of uneducated racist idiots, and that’s crazy. Because of that, we’re the last in everything.

“That said, our smart people are pretty smart. We do come up with a lot of new shit.”

Mike went on to say that he’s “tried to get through this by looking at the history of the world”, adding that there have been “so many worse times than this, and shit happens”.

“People are desperate and stupid. But I’ve tried to remember, also, that the US is still a good place to live, and you choose to live where you want to. I live in LA — I used to live in San Francisco — and I would not choose to live in Mississippi. That’s a different country.”

Looking ahead to the Biden-Harris administration, Mike praised the new POTUS and vice president – but argued that whoever is in office doesn’t necessarily bring about significant change in attitudes.

READ MORE: NOFX’s Fat Mike: “Eagles told us our cover of their song was the worst they’d ever heard”

“As for what’s coming next, I don’t actually think that presidents do that much,” he said. “It doesn’t affect your daily life that much — except when Trump does a thing like outlawing transgenders from the military and turning the country toward civil war.

“There’s so much hatred that it’s crazy, and that’s what’s scary. But I think Biden is a decent man, and I do like Kamala, too.”

Later, Mike claimed it would take him “about 45 minutes to convert one of [George W. Bush’s] supporters to a Democratic” when he was president. “I could do that; I was good at that. With Trump supporters, no, there’s just no way you can convince them of anything.”

NOFX have expressed their stances on such issues in the past with tracks like ‘The Idiots Are Taking Over’ (released in 2003) and ‘We Called It America’ (2009).