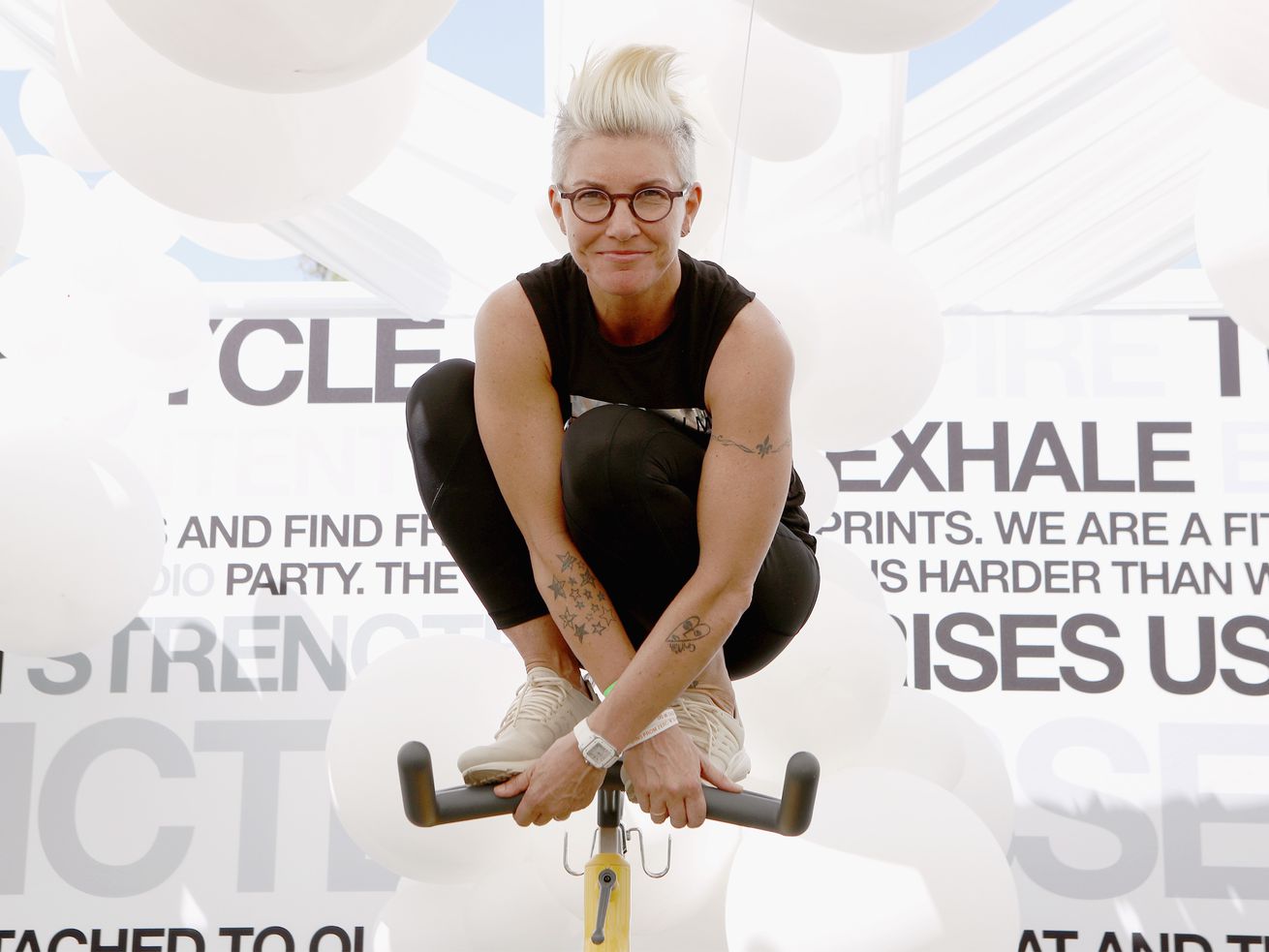 SoulCycle star Stacey Griffith’s line-skipping raises a big fear about the vaccine rollout being rigged toward the rich and well-connected.

Stacey Griffith has been a star SoulCycle instructor for over a decade. For 45 minutes at a time, she teaches her riders how to ride on the beat, how to turn a knob that increases the resistance they’re pushing against, and how to “find their passion and purpose” on bikes that go nowhere. Her classes are legendary, selling out time after time, making her reportedly the most handsomely paid SoulCycle instructor in the company, at $800 per class.

And on Friday, she says she used those credentials to score her first jab of the Moderna vaccine.

“Now I can teach SoulCycle with a little more faith that we’re all gonna be okay,” she wrote in a now-deleted Instagram post. She tagged five people who she says helped her in “filling out online forms” and “submitting paperwork” to procure the vaccine. 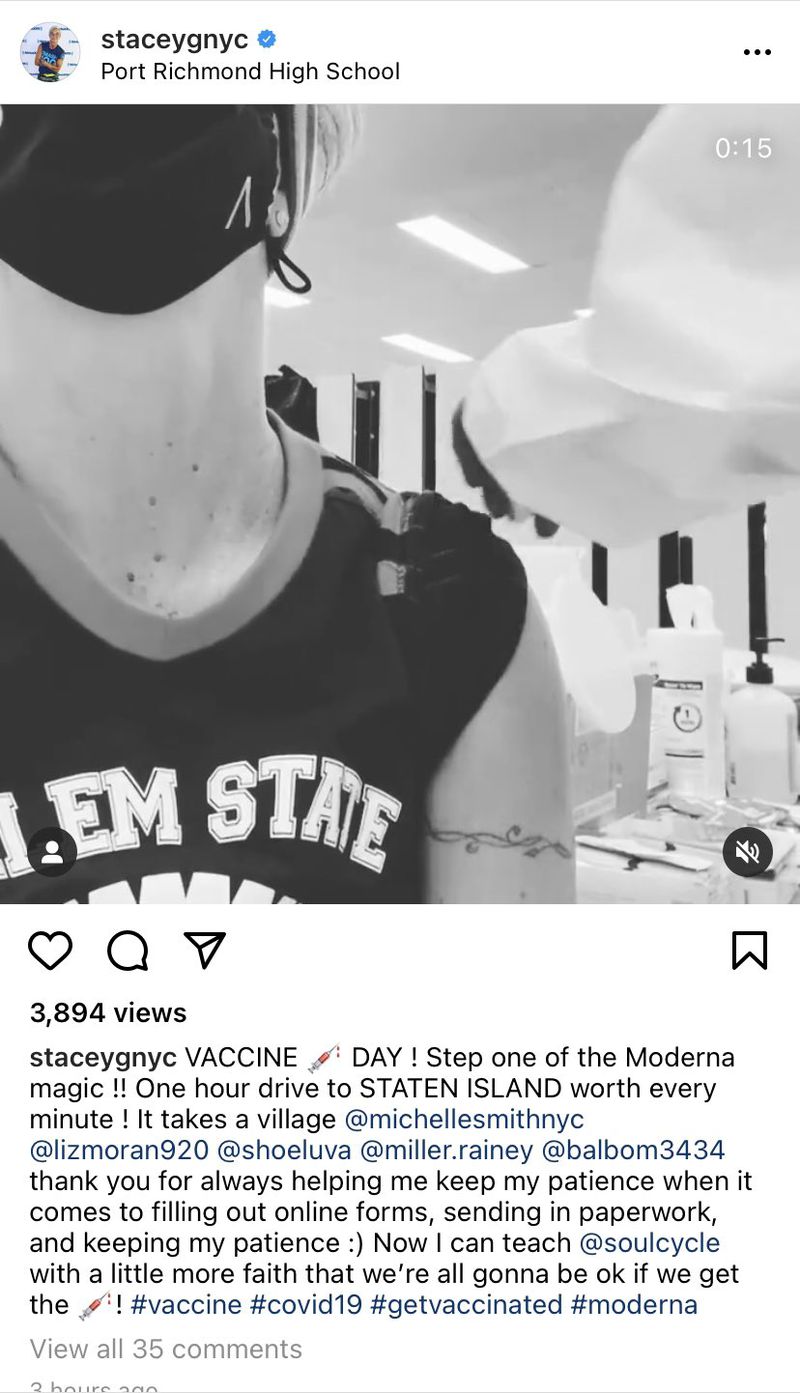 Griffith is located in New York City, where the city’s health department is in phase 1b of the vaccine rollout, making health care workers, grocery store staffers, residents over 65, and teachers eligible for the vaccine. Under those guidelines, Griffith was not eligible, but she told the Daily Beast that she got the vaccine because she was an “educator” whose priority is to “keep my community and their respiratory systems operating at full capacity so they can beat this virus if they are infected by it.”

With how poorly the vaccine rollout has been executed and how hard it’s been for people who do qualify to obtain the vaccine, Griffith’s explanation raised questions about what Griffith and her team filled out on said forms.

Griffith’s Instagram account was bombarded by irate commenters asking why and how she was able to get a dose ahead of people who might need it due to underlying, preexisting health conditions or age.

The scandal became so big that New York City Mayor Bill de Blasio addressed Griffith’s vaccine during a press conference over the weekend, saying she shouldn’t have been able to get it.

“Doesn’t sound like someone who should’ve gotten vaccinated to me,” de Blasio said. “I don’t think someone who shows up and says, ‘Hey, I’m a SoulCycle instructor,’ should have qualified unless there’s some other factor there.”

While Griffith’s vaccination is no doubt tabloid-worthy, it symbolizes the bigger frustrations surrounding the US’s vaccine rollout. Even though there are rules about who is able to get the vaccine, being affluent and well-connected may help someone jump the line. And as eligible parties decline to partake and vaccines threaten to go bad in some locations, the larger conversation swirls around one question: Who “deserves” to get the vaccine?

SoulCycle distanced itself from its star instructor’s vaccine

Officially, SoulCycle has distanced itself from Griffith’s actions. A spokesperson told me that the company did not play a part in scoring the vaccine for the famed instructor:

Stacey Griffith operated in a personal capacity in applying for a NY State COVID-19 vaccine. SoulCycle plays no role in organizing or obtaining vaccinations for instructors or other employees nor do we encourage any of our SoulCycle employees to seek vaccine priority as educators.

Similarly, in a memo sent out to staffers on Monday, SoulCycle’s CEO wrote that instructors shouldn’t be trying to get the vaccine by claiming to be educators. A former staffer sent me a portion of the company-wide memo:

Within the company, some of Griffith’s fellow instructors are upset that she seemingly skipped the line. Some called her out specifically in her post, questioning her decision. An insider with knowledge of Griffith’s riders at SoulCycle’s outdoor rooftop location in Tribeca said a number of her regular riders had been bragging about being vaccinated while others refused to comply with the masking protocols at the location, a stress point for the staffers who have to be around them.

A current instructor told me that Griffith’s post reflected poorly on the company, and that it showed the chasm between SoulCycle’s words and its actions. This aligns with SoulCycle’s image problems of late. After reporting on the company for months, I found that staffers complained of a toxic work environment that includes its wealthy clientele acting boorishly, infighting among instructors, and a system that feeds off exclusivity while preaching values like community and togetherness.

“We need to practice what we preach. We are fucking angry …”

“This is the exact problem with Soul,” a current instructor told me. “We need to practice what we preach. We are fucking angry, especially because you know bankruptcy is such a risk in this market.”

Like many group fitness brands, SoulCycle has seen the pandemic crush its revenue stateside because its studios can’t open. Griffith’s critics argued that this decision by arguably the company’s most famous instructor was a bad look for a business that’s already struggling financially.

While Griffith got her dose, the country is failing to get people theirs

But the outsize reaction to Griffith and SoulCycle represents a bigger story too.

There are probably many people out there who have never taken a SoulCycle class before, nor know Griffith, but do know what the brand stands for: a luxury for affluent, well-connected people. That Griffith can get the vaccine symbolizes how easy it can be for rich people to get whatever they want, ahead of everyone else, especially those who qualify under NYC’s guidelines and haven’t yet been able to schedule an appointment.

That Griffith seemingly obtained her first dose of the Moderna vaccine so easily in the midst of the state’s messy rollout and national chaos points at how inequality underscores this pandemic. And how being rich and well-connected can put you ahead of people who, by virtue of age, necessity, and vulnerability, have been deemed a priority by health officials.

The question about who “deserves” the vaccine is a complicated one, and some experts argue that we should be vaccinating as many people as possible without so much concern about the order. But if there’s no order, then it undermines the system. And it remains true that the vaccine is in demand, and flanking Griffith’s account are stories about how hard it’s been for people, especially older people and people of color, to schedule appointments.

A CNN op-ed details how difficult it was for the writer to get her parents the vaccine and how the Arizona Department of Health lost their appointment records. Similar stories about glitches and struggles exist in New York City and South Carolina. In New York City’s Jackson Heights, a Covid-19 vaccination site targeting a hard-hit Latino community saw its appointments predominantly gobbled up by white people from outside the community, CNN reported. There are also reports of vaccines being dumped, and stories of shortages too.

“I want to apologize from the bottom of my heart for my recent action in receiving the vaccine,” she wrote. “I made a terrible error in judgment and for that I’m truly sorry.”

Griffith did not allow comments on the post. She is still on the company’s schedule.

Source: A SoulCycle instructor got a vaccine for being an “educator.” Now she’s in trouble.