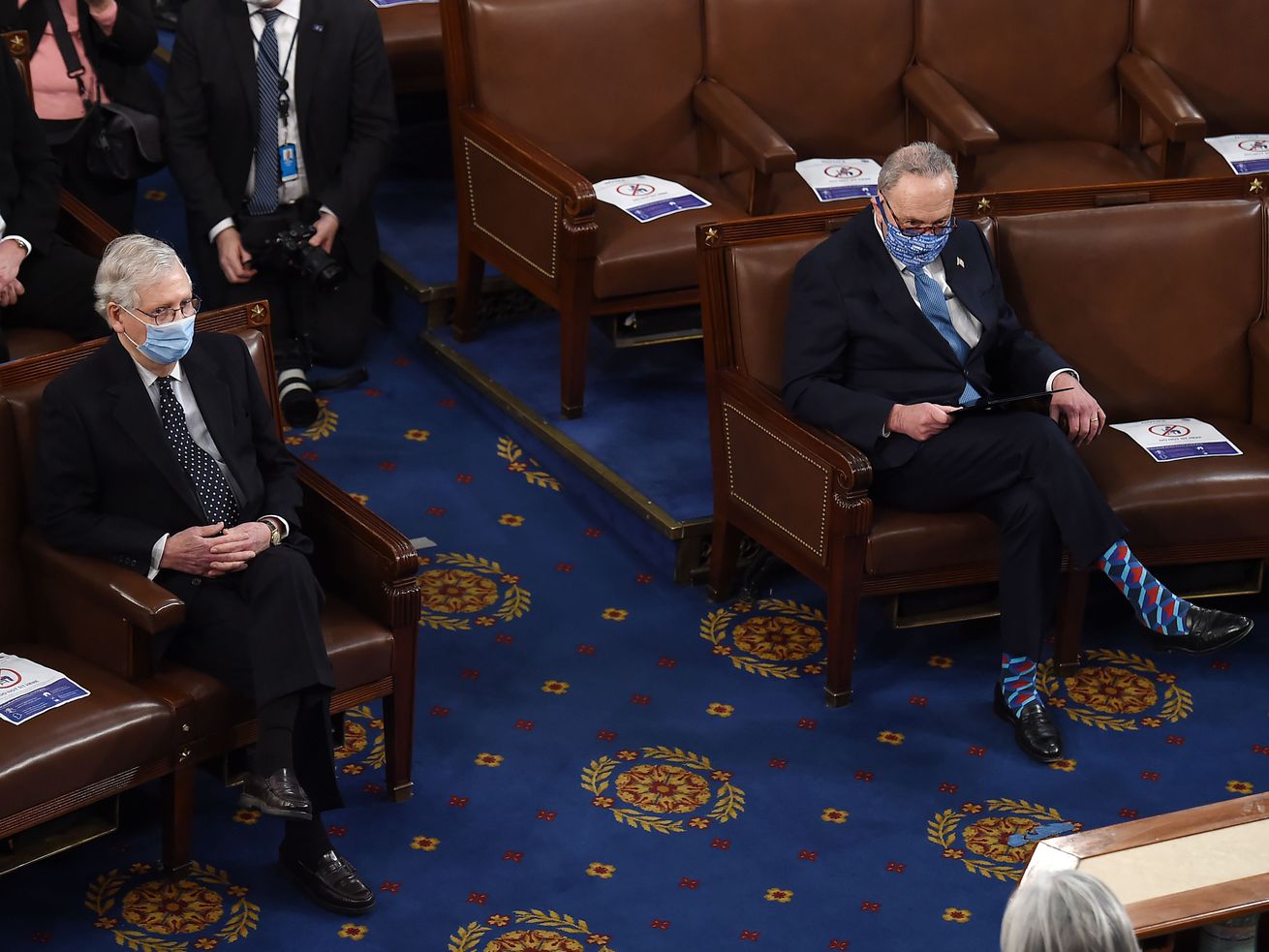 With the belated passage of the Senate organizing resolution, Democrats are finally able to take over as committee chairs.

Thirty-one days into the new Congress and weeks after the Georgia Senate runoffs gave them 50 seats, Democrats now officially control the functioning of the Senate.

It took weeks of negotiation between party leaders to decide how Democrats and Republicans would share power and resources in the evenly divided Senate, as Senate Minority Leader Mitch McConnell stonewalled the process, trying to extract promises from Democrats about retaining the filibuster. That obstruction left Republicans chairing committees, despite the seating of a 50-50 Senate, in which Democrats, through Vice President Kamala Harris, hold the tie-breaking vote. But on Wednesday, the Senate finally passed an organizing resolution largely sharing power. The resolution was adopted by unanimous consent.

“Committees can promptly set up and get to work, with Democrats holding the gavels,” Majority Leader Chuck Schumer said on the Senate floor Wednesday morning, announcing the deal. “Senate Democrats are not going to waste any time taking on the biggest challenges facing our country and our planet.”

SCHUMER: “I am happy to report this morning that the leadership of both parties has finalized the organizing resolution for the Senate.”Democrats take control of Senate committees, as McConnell and Schumer reach a deal on how to run a 50-50 Senate after weeks of negotiations. pic.twitter.com/iB6lz8HUCq

Under the agreement, Schumer will control what legislation gets brought to the floor and Democrats will chair committees. But due to the even split, committees will have an equal number of Democrats and Republicans, as Vox’s Li Zhou explains.

Schumer and McConnell also offered a written colloquy emphasizing a fresh start for bipartisanship in the Senate, pledging to promote substantive debate over administrative obstruction through processes like “filling the amendment tree.”

The belated passage of the organizing resolution eliminates the trouble Democrats ran into trying to confirm President Joe Biden’s Cabinet nominees without technically being seated as the majority. In the Senate Judiciary Committee, for example, incoming Chair Sen. Dick Durbin (D-IL) had to request that Sen. Lindsey Graham (R-SC) schedule a hearing for Biden’s attorney general nominee, because Graham still held the gavel. Graham rejected the request, underscoring the stakes of the hold-up over the organizing resolution.

McConnell had previously held up negotiations because he wanted a commitment from Schumer that Democrats would not use the majority to blow up the filibuster, a piece of leverage Schumer was unwilling to concede. Because organizing resolutions can be filibustered and therefore need 60 votes to pass, McConnell could effectively block its passage. He agreed to move forward last week after two Senate Democrats — Joe Manchin (D-WV) and Kyrsten Sinema (D-AZ) — announced their support for maintaining the filibuster.

Now, Democrats can proceed with confirming Biden’s appointees, scheduling oversight hearings, and passing legislation. But the fight over the organizing resolution could foreshadow just how much difficulty they’ll run into while in control.

How the Senate organizing resolution will work

With the resolution in place, Democrats can seat their new members on committees and assume leadership roles.

As Vox’s Li Zhou has reported, the resolution mirrors the 2001 agreement between Sens. Tom Daschle and Trent Lott, who presided over the last 50-50 Senate.

“Because Democrats have the majority with Vice President Harris’s vote, they’ll hold the chair positions of every committee, but the resolution would split committee membership evenly, as well as office space and funding. Any measure that receives a tie vote in committee would also be able to receive some consideration for advancement on the floor.

As majority leader, Schumer will still control the floor schedule for legislation, and when to proceed to votes. “As for controlling the agenda, the Democrats will ensure they have standard majority party power, because in essence, they do,” Josh Ryan, a political scientist at Utah State University, told PolitiFact.”

The organizing resolution accounts for potential ties in committee, allowing those bills to come to the floor.

Six years have passed since the Democrats last held the Senate. Some senators will be returning to their previously held chairmanships, while others will be assuming gavels for the first time. The Democratic Senate chairs include: