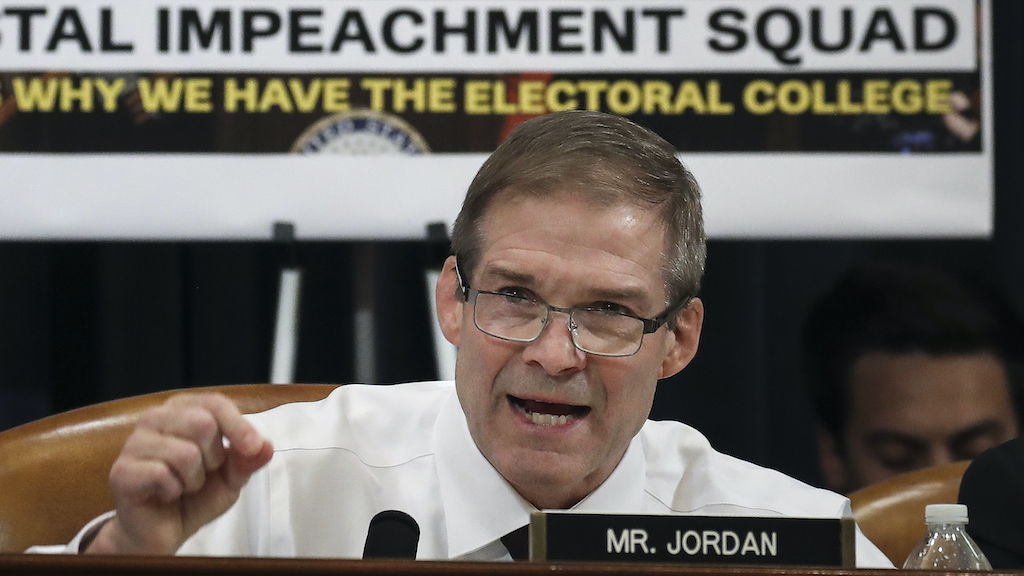 Jim Jordan has a habit of writing easily dunkable tweets. He once claimed the Founding Fathers would be against enacting restrictions during a once-in-a-century pandemic. He said Dr. Fauci would cancel Christmas. They’re lowest-common-denominator statements, easily debunked, and, perhaps, all too easy to mock, too. But that didn’t stop people from having fun with the Ohio representative’s latest self-parody of a tweet.

Your last president lived at the golf course and tweeted on a gold toilet.

“The Republican Party is no longer the ‘wine and cheese’ party,” Jordan averred online. “It’s the beer and blue jeans party.”

The representative — who’s made a name for himself as a stubborn Trump loyalist — seems to be referring to how the GOP is now at war with itself. On one side are the traditionalists, like former Senate Majority Leader Mitch McConnell, who want to return to normal after four years of Trump. On the other are Jordan, Matt Gaetz, Josh Hawley, and Marjorie Taylor Greene who traffic in conspiracy theories and are attempting to keep the Trump vibe alive even after his exit from the presidency.

But again, these Jordan tweets aren’t hard to pick apart, though, again, that didn’t stop anyone from doing so anyway.

Some pointed out that the insurrectionists who stormed the Capitol last month weren’t exactly your average blue collar schmo. Some didn’t even wear jeans.

“We’re just down to Earth folks, not wine-sipping elites” is a real positive spin to put on “we’ve ceded the party to unhinged violent conspiracy theorists.” That’s like saying the Symbionese Liberation Army was “into business casual.”https://t.co/QlKdnBvGHQ

The first words are right: “The Republican Party is no longer.”

It’s the Q party now. Retweet if you agree. https://t.co/fR1AnooIkH

One Trump supporter took a private jet to storm the Capitol

To be fair, it’s unclear what she drank during the flight https://t.co/iulvv3gsyW

Some called out his fake-populism.

If this guy walked into the little Irish pub around the corner from my house he would leave immediately and talk about what trash everyone inside was https://t.co/eGCGckTr2U

Or the Republican Party’s deference to the rich.

That gave tax cuts to billionaires. Whiny and cheesy. https://t.co/bnHuc2JEKr

Among them the last Republican president.

Your president sat on a gold toilet. https://t.co/f0OIR6tZ4s

Your last president lived at the golf course and tweeted on a gold toilet.

And many did what they always did when Jordan says or does anything: They reminded him of his shameful actions as the assistant wrestling coach at Ohio State University.

And here I thought you were more into “Wrestling Shoes and Unitards” parties. https://t.co/JKnpZrb0A6

Others reminded him that, these days, wine and cheese are cheaper than jeans.

welcome, rep. jordan, to 2021, where you can get a couple bottles of wine and some nice cheeses from trader joes for $25, and where you can spend $250 on blue jeans and $15 on a pint of expensive craft beer https://t.co/tUat4j5KSD

Besides, slandering cheese is just wrong.

But hey, at least this time everyone wasn’t saying he was one-half of Beavis and Butt-Head.