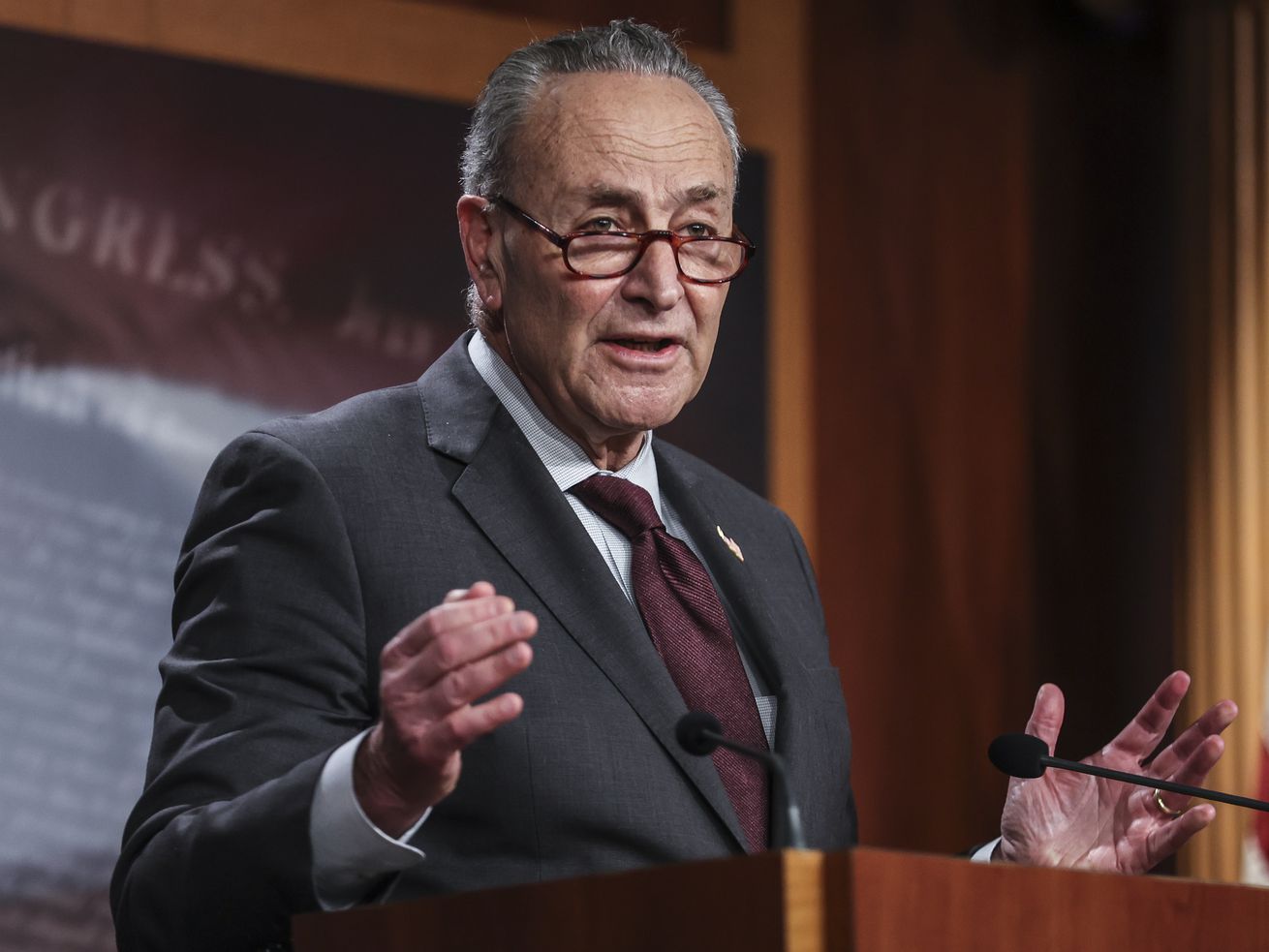 Here’s what comes next.

In a 50-49 party-line vote on Tuesday, Senate Democrats took a key step in setting up a contingency plan for Covid-19 relief, voting to begin work on a stimulus package passable without any buy-in from Republicans.

While it’s still possible there could be a bipartisan deal on a Covid-19 package, disagreement between the two parties on just how big a relief package should be has prompted Democrats to keep their options open. During the Tuesday vote, Democrats voted unanimously to begin debate on a budget resolution, the first step in kicking off the reconciliation process, which allows standard Senate procedure for most bills to be circumvented.

While Democrats would ordinarily need 60 votes to pass legislation, reconciliation would enable them to pass Covid-19 relief with a simple majority, or 51 votes. Even Sen. Joe Manchin (D-WV), long viewed as a key moderate swing vote and as someone hesitant to exclude Republicans from stimulus negotiations, was on board — an important sign that Democrats could have all the votes they need to approve more aid unilaterally.

“I will vote to move forward with the budget process because we must address the urgency of the COVID-19 crisis,” Manchin said in a statement explaining his decision, while noting that he favors a response narrowly targeted to the public health crisis. “I will only support proposals that will get us through and end the pain of this pandemic.”

The Tuesday vote has since triggered 50 hours of debate over the budget resolution, which will effectively serve as a blueprint for the final stimulus package. The resolution instructs Senate committees to write a budget bill that includes provisions of President Joe Biden’s $1.9 trillion relief plan, including $1,400 direct payments to individuals, enhanced unemployment support, and expansions in food aid.

Since reconciliation is meant to be used only for tax- and spending-related measures, the ultimate budget bill is somewhat limited to Biden’s priorities that address these areas: There have been questions about whether an increase to the minimum wage could pass in this way, for example. And by taking this route, Democrats are signaling that they’re ready to go it alone if Republicans don’t back expansive relief.

“The work must move forward, preferably with our Republican colleagues, but without them, if we must,” Senate Majority Leader Chuck Schumer has previously said.

After the Senate wraps up 50 hours of debate on the budget resolution, lawmakers will finish considering amendments, and then get to work writing the reconciliation bill:

Once both chambers approve the resolution, lawmakers can begin writing the bill: The resolution directs 11 Senate committees to write the bill, and to ensure that it includes the provisions of Biden’s Covid-19 package.

The Senate then votes on the final bill: This final budget bill can pass with just 51 votes as well, giving Democrats the opportunity to pass it unilaterally.

Budget reconciliation enables Democrats to advance relief on their own

A group of Senate Republicans have offered a counterproposal for Covid-19 relief, but it includes less than a third of the aid that Biden’s $1.9 trillion proposal contains. Democrats have argued that the GOP proposal is too small; after meeting with Biden on Wednesday, Schumer said, “There’s agreement, universal agreement, we must go big and bold.”

Although it’s possible GOP lawmakers could be willing to make some concessions, the distance between the two plans suggests that Democrats may have to move forward without any Republican support should they want to “go big.”

Budget reconciliation would allow them to pass legislation without needing to make a lot of compromises on Biden’s proposal — so long as their caucus remains unified. With just 51 votes needed to pass reconciliation instead of the standard 60 votes needed for most bills, the 50-member Democratic caucus will need to stay united, allowing Vice President Kamala Harris to serve as a tiebreaker and the 51st vote should all Republicans vote against the final bill.

Both parties have used budget reconciliation to advance their own priorities in the past, with Senate Republicans capitalizing on the process to pass massive tax cuts in 2017. As Schumer has noted, the process has also been used with bipartisan support 17 times since 1980, including to advance the Children’s Health Insurance Program.

With debate now underway — and the need for more aid remaining pressing, given the housing and unemployment crises — Democrats appear ready to move forward on coronavirus relief even if Republicans don’t sign on.